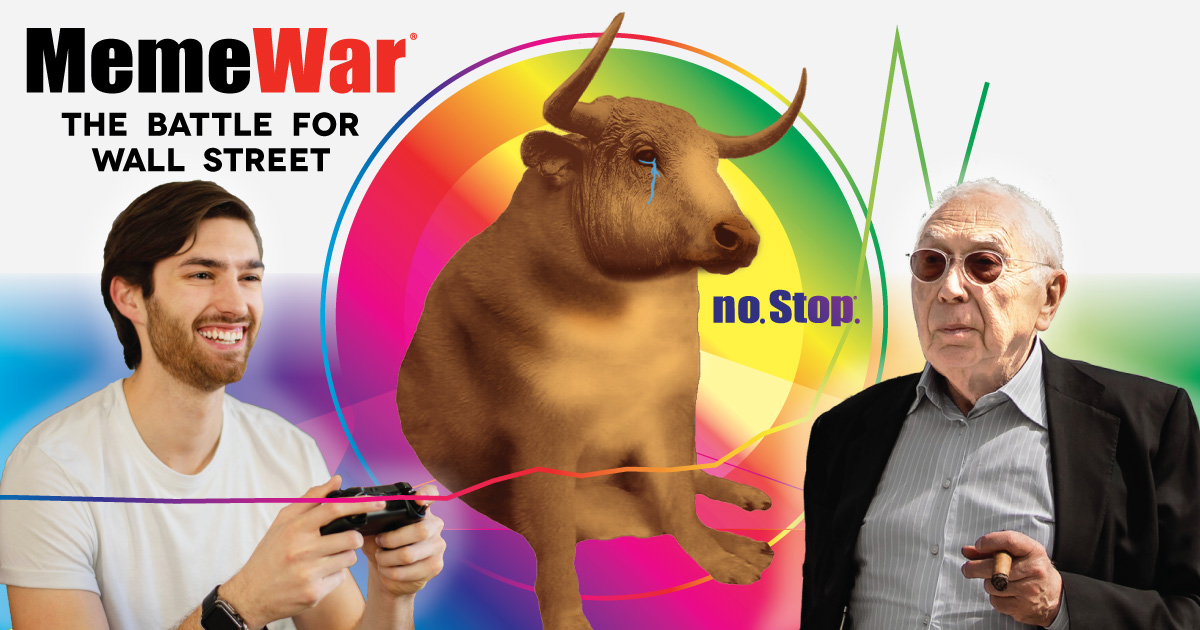 Investing
Staff EditorFebruary 4, 2021
We recommend products based on unbiased research from our editorial team. We may receive compensation if you click on a link. Read More.
Share this graphic on your site!

MemeWar – The  Battle  for  Wall  Street

What happened to GameStop stock was arguably wilder and more exciting than some of the video games it sells.

Or WSB as its known on the streets…of Reddit, has a self-proclaimed King and his name is DeepF*ckingValue. I’m serious. Look up his profile name. This mysterious user bought a mix of $50-100k worth of Gamestop ($GME) stock and options. In less than 12 months, his single stock portfolio skyrocketed to $47 million!

What is a Short?

As the Redditors’ strategy played out, squeezed investors started to wonder what happened

Regulators To The Rescue?

Why The Forecast Was Wrong

A leading trading app, Robinhood, is being blamed by both sides for its response to the GME price jump

And finally, the platform at the center of it all — Reddit — is getting angry glares for letting users plan to squeeze wealthy Wall Street investors and hedge fund managers

Though the Redditors have not done anything obviously illegal, the GME stock price hike is raising important questions about market regulation