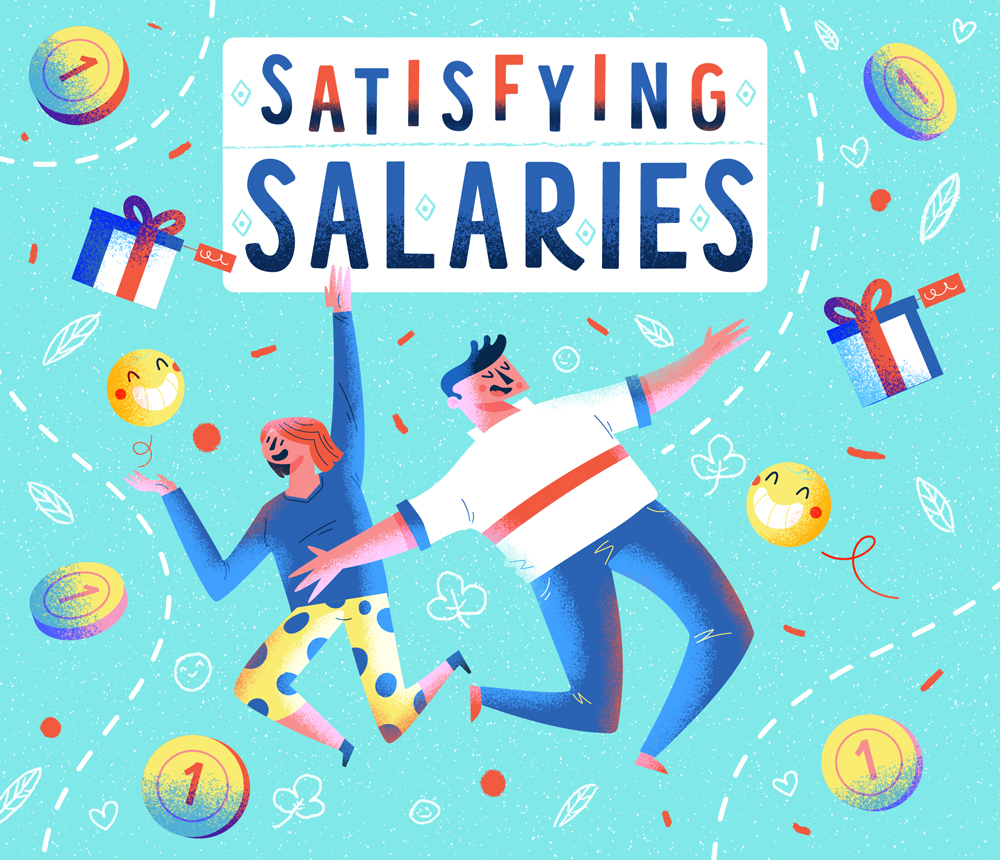 The Price of Happiness in Every Country

General
James ArneyMarch 9, 2021
We recommend products based on unbiased research from our editorial team. We may receive compensation if you click on a link. Read More.

They say you can’t buy happiness – but money can help prevent you from being unhappy. In fact, Scientists at Purdue have even put a figure on unhappiness. If you live in the United States,  $105,000 per annum will help to stop you  from becoming unhappy. Anything you earn over that figure will have a negligible effect on your sense of satisfaction.

A reliable, comfortable income salves your worries and just makes life easier. Poverty is stressful and leaves long-term damage. The illusion that wealth is meritocratic deprives low-earners of their self-esteem. This is why the money it takes to make you happy can be counted in the tens-of-thousands, rather than the millions.

Of course, the figure differs depending on where you live. So, Expensivity decided to convert the ‘happiness premium’ for every country in the world, using Purchasing Power ratios sourced from the World Bank. Then we added local cost-of-living to the mix to calculate the different price of happiness from city to city in the US, UK, and key European cities.

Disclaimer: the best things in life are free – there’s nothing like love, exercise, and creativity to conjure happiness on a budget!

The 10 Countries Where Happiness Is Most and Least Affordable

Expensivity identified nine countries with a higher price of happiness than the US. Life satisfaction is most expensive in Bermuda, due to a cost of living that’s 47% higher than New York City. Of course, you can knock off a few pennies from Bermuda’s $143,933 happiness price tag if you spend enough time on its paradisal beaches.

Happiness is cheapest in the petite South American country of Suriname. And indeed, the Surinamese enjoy greater than average happiness. However, the local happiness premium of $6,799 is still out of reach for those making the average Surinamese income of $5,500.

How the Cost of Happiness Varies from City to City

We took local cost-of-living figures into account to calculate the cost of happiness in key cities in the UK, US, and Europe. Click the tabs to switch from region to region.

Funny how the cities where folk flock to find happiness are those where happiness costs the most. If you can make it in New York City, you can make it anywhere, since NYC has the heftiest happiness price tag: $139,183. Bern, Switzerland, is the priciest non-US city in our study, at $128,969, and London tops at $110k.

But the price of happiness may be more evenly spread across the UK than you’d imagine, given the kingdom’s well-known north-south divide. The most expensive six places span the length of the UK, although there are notably no hefty price tags in Wales or Northern Ireland.

The US has the second-highest price of happiness in North America. Its $105k bill is significantly lower than Bermuda’s $143,933. Canada is not too far behind (although dropping into five-figure territory). Aside from these three and Barbados ($38,510), every country in the region has a price of happiness that’s equal to or lower than the average United States income.

South America has the most affordable happiness in the world, at least if you’re in Suriname or Argentina. In fact, Jeff Bezos makes the Surinamese happiness premium of $6,799 every three seconds (with change to spare). Argentina seems engineered for happiness. The $8,779 happiness premium may be higher than the average income, but the country’s culture and attitude for life make it an exciting prospect for pleasure-seekers.

There are seven countries in Europe with a six-figure happiness premium. The Swiss lead the way, but Norway isn’t far behind. But, despite a price tag of $114,147, Norway regularly features near the top of global happiness indexes. “We have a welfare system that takes care of us, a safety net,” explains one University of Oslo expert. “We don’t have to worry, as it cannot go too wrong in Norway.”

The happiness price tag in Israel ($130,457) is nearly twice that of second-highest Qatar ($75,936). Israel still figures high in the happiness indexes, to the surprise of some locals, who point out that happiness, after all, is difficult to measure – the UN/Gallup poll is based on income, healthy life expectancy, social support, freedom, trust, and generosity.

Australia, New Zealand, and Japan each have six-figure price tags on happiness, and their neighboring countries are closest behind them. Further afield, the price in Southeast Asia ranges from $15,643 (Pakistan) to $46,078 (Singapore), indicative of the diverse economies, politics, and cultures of the region. But the lowest happiness price in this region is Azerbaijan ($14,341), on the borders of Europe.

While money isn’t everything, if your environment is right, then having enough of it gives you the cushion you need to build a masterplan for being happy into your routine. Take positive action to get  control of your debt, work with your community to make life livable in less than ideal conditions, and don’t believe the smiles on the faces of billionaires – their happiness leveled off a long time ago.

We used estimates from Purdue University’s paper “Happiness, income satiation and turning points around the world” to calculate satiation points for over 160 countries. We then adjusted dollar figures using the Purchasing Power Parity (PPP) conversion factor from the World Bank and the currency exchange rate from TheGlobalEconomy in order to convert the figures from the regional to the country level.

Finally, we used cost of living data from Numbeo to adjust national level estimates of satiation points to the city level. National estimates were adjusted using Numbeo’s Cost of Living Index, wherein a 1-point difference in index score between two geographies is equivalent to a 1% difference in the cost of living.