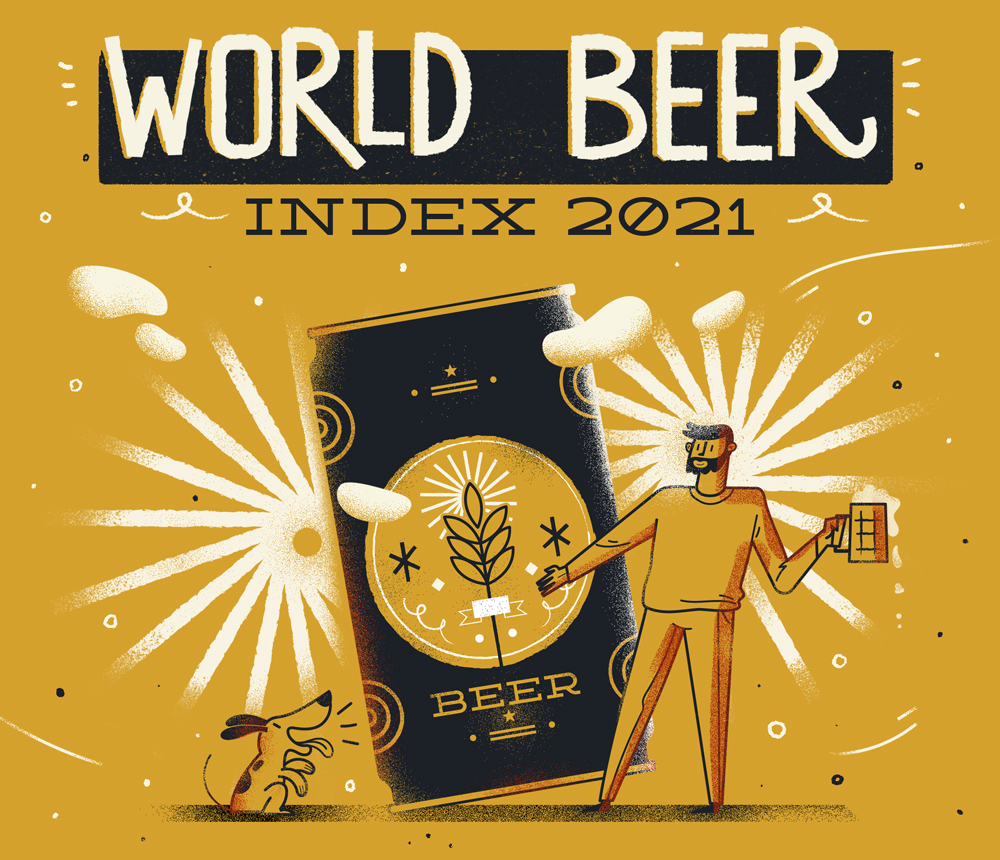 World Beer Index 2021: The Cost and Consumption of Beer Around the World

Economics, Highlights
James ArneyAugust 23, 2021
We recommend products based on unbiased research from our editorial team. We may receive compensation if you click on a link. Read More.

Beer. Everybody likes to drink it. Nobody likes to pay for it. Still, the cost of a beer stings more or less depending on where in the world you’re drinking.

Expensivity wondered just how much the cost of beer differs from country and the effect the price of beer has on national consumption. We researched the price of a beer around the world and used World Health Organization statistics to figure out who’s drinking it all.

A beer in Qatar is expensive. The mostly Muslim country introduced a 100% tax on alcohol imports ahead of the 2022 World Cup, and visitors need a special permit to drink alcohol. China looks pretty expensive too, but consider that we averaged the price of a hotel beer ($13.61) and a supermarket beer ($1.81).

It’s clear the steep prices are aimed at visitors. Beer is cheapest in South Africa, where a culture of buying in bulk tends to keep prices down.

The International Beer Index in Full

Where there is beer, there are beer geeks. Here is Expensivity’s data in full so you can find out exactly what kind of beer culture to expect from country to country. Click the arrows to sort by price, consumption, or total spend.

The ten countries with the highest average annual beer bill each have beer that costs upwards of four bucks. However, second-placed Poland is notable for its 62¢ carry-out beer, suggesting that much of Poland’s $1,738 average beer bill is built up by hotel-faring bachelor parties.

Bosnia is an outlier among the big drinkers: the country is in eighth place for beer consumption by bottle (331/year) but 30th for overall spend ($647.21), thanks to an average price that comes in under two bucks.

Germany Spends the Most On Beer

Haitians just aren’t that into beer. Spirits account for a whopping 97% of booze consumed in Haiti, where people drink fewer than four beers per year on average, with an annual beer bill of $10.02. That’s the lowest beer consumption and spend in our study.

At the other end of the scale, Germans spend just shy of $2k/year on beer. We found 15 countries with more expensive beer than Germany, but the nation sinks 411 bottles per person annually, so it pays the most in total. Germany is known for its beer culture and a stringent (delicious) beer purity law that has stood for over 500 years.

So, who’s drinking all the beer? The Czech Republic takes the title, with 468 beers per person per year. However, capital Prague is the fourth most-visited city in Europe and infamous for its bachelor parties (for now at least). Like sunny Spain, in second place, Czechia’s beer consumption may be significantly swelled by visiting merry-makers.

Haiti drinks the least beer, counted per bottle or per spend. Most of the countries with a low beer intake can credit their predominantly Muslim populations for the abstinence. Armenia is an exception. The west Asian country drinks just 40 beers per person annually, with locals favoring brandy, vodka, and wine.

Armenians might not drink much beer, but the beer they drink is delicious, cheap, and finely crafted. Wherever you’re drinking in the world, be sure to check out the tradition behind your beer, as well as the cost – nothing adds value to your experience like a beer with a story!

We collated the prices of a 330ml bottle of beer in supermarkets around the world using online shops, focusing on well-known beer brands such as Corona and Heineken. When we couldn’t find the price via an online shop, we used numbeo.com.

To gain an average price, we called up hotels to find out the price of a beer from their lobby bar, and when this wasn’t available, we used menus from bars found online. Once all the data was collected, we calculated the average price in US dollars using xe.com.

Using the World Health Organisation statistics, we found the amount of alcohol consumption per capita and the percentage of annual beer consumption.