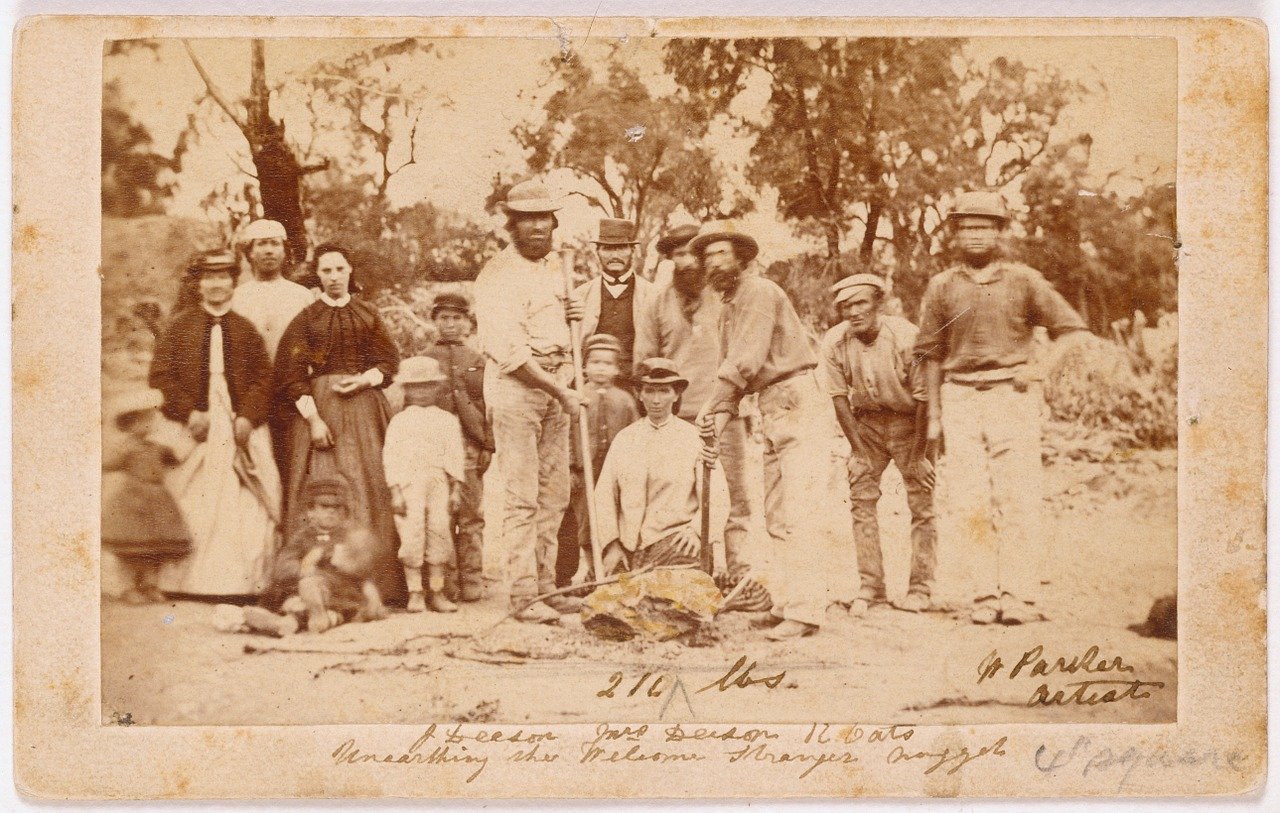 Gold
John EhrlicFebruary 6, 2021
We recommend products based on unbiased research from our editorial team. We may receive compensation if you click on a link. Read More.

After word of James W. Marshall’s 1848 gold discovery in the creeks of California got out, everyone around the world dreamed of gold. His discovery launched a seven-year period in American history known as the Gold Rush. Prospective miners packed up their bags and left their homes to travel to California, desperate to pan for gold and strike it rich. Before 1848, there were fewer than 1,000 individuals living in California. Post-discovery immigration drove California’s population up to more than 100,000 by 1849. Marshall’s gold discovery wasn’t a fluke, either: Professional miners and amateur prospectors pulled approximately $2 billion worth of gold from the soil and waters of California during the Gold Rush.

Marshall was working for John Sutter on a new sawmill when he found the first nuggets of gold. Sutter had established a small fiefdom in California, using Native Americans as slave labor to grow and defend his territory, and he was reluctant to have news of the discovery get out. He and Marshall wanted to have a monopoly over the gold that was yet to be discovered in the Sacramento Valley. However, it was impossible to keep a secret that big. Newspapers picked up the story and spread it all over the developing Midwest and to the cities and settlements of the East Coast. Four thousand miners traveled to the gold mines between March and August of 1848, and even more set off for the West Coast after President James Polk confirmed during a presidential address that there was indeed an abundance of gold in California.

The miners who traveled to California at the beginning of the gold rush were known as “’49ers” because most of them came in 1849. They came from around the world, from as far away as China, Europe, and South America. East Coast men left their wives and children to fend for themselves, taking solace in the possibility of changing their luck by striking it rich. The journey across the frontier to California was very difficult. The terrain was treacherous. Wagon caravans risked getting stuck in the intense winters and blizzards of the Midwest or being attacked by the Native American tribes that still ruled the plains.

Perhaps the most prosperous beneficiaries of the Gold Rush were the business owners in the mining towns that were erected around popular mining sites. The miners required food, entertainment, and tools. People made money running general stores, restaurants, saloons, and brothels. San Francisco would not have developed into the urban metropolis it is today were it not for the influx of wealth and prosperity that flowed to the area from the miners. On the downside, the rapid growth of the Sacramento Valley made the area a magnet for crime. Prostitution and gambling became serious social ills. And in the absence of law enforcement, people claimed and defended their rights through might and brute strength.

Effects of the Gold Rush

The Gold Rush played a key role in California’s admission to the Union as America’s 31st state. There was debate over whether California would be a free state or a slave state, but California’s statehood was ultimately governed by the Compromise of 1850, which allowed California to be a free state in exchange for Utah and New Mexico’s right to self-determination.

Within about two years, there wasn’t any surface gold left for miners to take, so they had to devise new methods of extracting gold. One such technique was hydraulic mining. It was hugely profitable but had severe environmental effects on the soil and wildlife.

Companies began to form and organize groups of miners, so that miners had to work for a salary and could no longer work independently. Another effect of the gold rush was the development of the logging industry: The mines needed wood to feed the boilers. Engineers also were needed to construct dams to divert water to mills and mining sites.