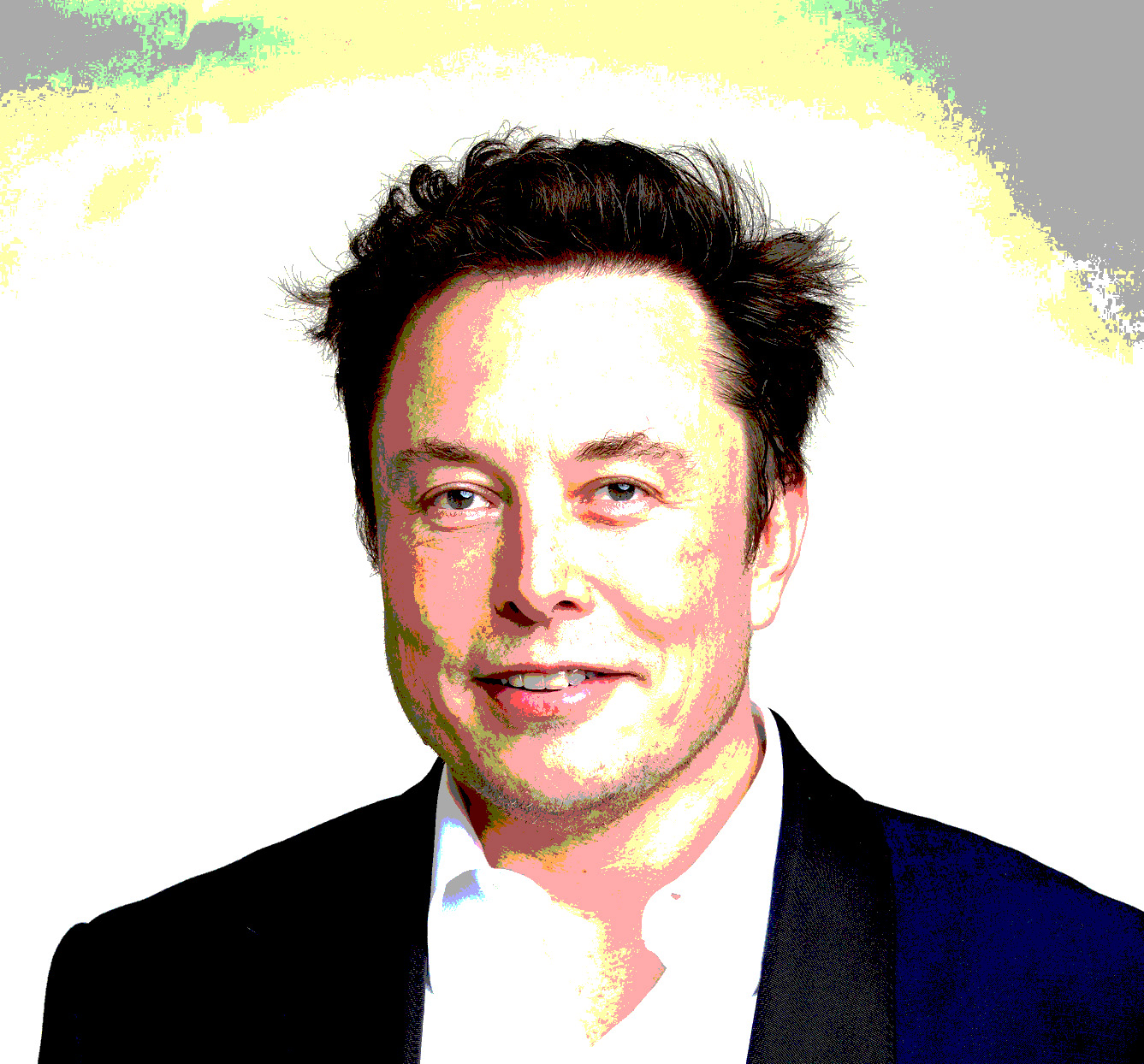 Titans of Industry, Old and New

Business, Economics, Money, Op-Ed
Fred BechAugust 24, 2022
We recommend products based on unbiased research from our editorial team. We may receive compensation if you click on a link. Read More.

We all reflect the times in which we live—even the most influential and powerful among us.

It is just that most lives whisper in 8-point type, in keeping with a modest place in the scheme of things, while the makers of history shout in 72-point size.

For this reason, the study of “parallel lives” from different periods (in the manner of Plutarch) has a lot to teach us, not just about history, but also about our own day.

The epithet derived from the scale and the dominance of their business concerns, which often took the form of immense commercial conglomerates.

However, an equally important factor that made the Old Titans of Industry into household names—the subject of countless newspaper stories, magazine articles, and books for young and old alike—was the innovativeness and the transformative impact of the businesses they created.

Just think of the astonishing inventions upon which these giants built their fabulously successful commercial enterprises (but which, for the most part, they did not invent themselves): the steam engine and railroads, oil production, steel manufacturing, electrical power generation and lighting, and the automobile.

To speak of the Old Titans is to invoke an entire constellation of new material conditions of life, which have created a physical environment and a manner of daily human life that would have been unimaginable to earlier generations. Collectively, we speak of this turning point in history as the “Industrial Revolution.”

With the tremendous technological progress in our own age, it seems legitimate to speak of the New Titans of Industry—universally known names such as Jeff Bezos, Jack Dorsey, Bill Gates, Steve Jobs,  Elon Musk, Larry Page, and Mark Zuckerberg. The New Titans share two main with the Old Titans.

First, the immense personal wealth, power, and influence of the New Titans holds people in as much awe as that of the Old Titans did 100 or so years ago. Indeed, large as it is, the wealth of the New Titans is much smaller as a percentage of GDP than were the Old Titans’ fortunes. For instance, the GDP in 2022 is around $23 trillion. John D. Rockefeller’s wealth was about 3 percent of GDP in 1913. If, now 100 years later, he held 3 percent of GDP, he would be worth roughly $700 billion.

Comparing the two cases immediately shows us one way in which human nature and society have not changed at all during the past century and a half.

Just like the Old Titans, the New Titans have become household names and the subject of countless print, broadcast, and online interviews, profiles, and books for adults and children.

It is safe to say that we are just as fascinated today by the rich and powerful as our forefathers and mothers were five or six generations ago.

Does comparing the New Titans to the Old reveal any major differences?

First, the New Titans have not transformed the material environment we live in, so much as the mental one. That is, while the Old Titans fundamentally changed the daily conduct of human activity—the way we use our bodies—the New Titans have profoundly altered the way we employ our minds. (Elon Musk is a partial exception, as he has branched out from secure electronic financial services [PayPal] to rockets [SpaceX] and all-electric cars [Tesla].)

There is another factor which may perhaps be viewed as either a difference or a similarity, depending on how you look at it: education.

There are other important differences, as well. One that is particularly lies in the field of education.

Even the New Titans are not very well schooled by current standards. Page went the farthest with his official schooling, obtaining a master’s degree and almost completing a doctorate; two others (Bezos and Musk) hold bachelor’s degrees; the other four (Dorsey, Gates, Jobs, and Zuckerberg) all dropped out of college before taking a degree.

Nevertheless, the Old Titans make the New Titans look like eminent scholars. Only Morgan had the equivalent of a bachelor’s degree. Frick dropped out of college, while none of the others (Carnegie, Edison, Ford, Rockefeller, and Vanderbilt) had so much as a high school diploma.

Rockefeller dropped out of school at the age of 16. Carnegie and Ford both made it through elementary school, but then dropped out. Vanderbilt left school when he was only 11 years old, while Edison, who was homeschooled, had only a few months of formal education.

From one point of view, then, the New Titans are far better educated than the Old Titans were. Viewed from another angle, however, they are similar in that both groups have been modestly educated by the standards of their day.

More importantly, I think what this shows is that book-learning is not all it’s cracked up to be, then or now—at least, not when it comes to high achievement in business.

To be clear: while the Titans of Industry, both Old and New, have all been modestly educated in relation to other public figures of their times, nonetheless, they have all been extremely intelligent and capable of absorbing whatever technical knowledge they required on their own as they went along.

So, what was the secret of their success, if not outstanding educational attainment?

Clearly, the answer must lie in the realm of character. But what, exactly, does that mean?

One thing that the Old Titans and the New Titans clearly have in common is their work ethic. They all found their vocations at an early age and focused obsessively on achieving the goals they set themselves.

In other words, the ability to see their projects through is a striking, if perhaps predictable, similarity shared by all our Titans, Old and New.

Within this broad similarity, however, is lurking an interesting difference: namely, the way in which the work ethic manifested itself in the two cases.

In the case of the Old Titans, we essentially have children from poor families who are intent on finding paid employment to support themselves and their families. The quality of obsessiveness in their personalities seems to derive from economic necessity.

In other words, as children, the Old Titans seem obsessed above all with becoming productive members of adult society. Their inventiveness develops within a general drive to leave childhood behind as fast as possible and achieve emotional maturity.

In this respect, the New Titans appear quite different. The obsessiveness is similar, but it seems to derive from different psychological root causes.

Apart from Page and Zuckerberg, who both appear to have had stable family environments growing up, the rest of the New Titans either come from irregular family backgrounds and/or experienced serious socialization problems in school. Two were adopted (Jobs and Bezos), one came from a broken home (Musk), one was bullied (Gates), and one suffered from a speech impediment (Dorsey).

Most of them have been described as having been withdrawn, to one extent or another (the most extreme case being Musk).

The New Titans all seem to have found a source of emotional solace in the new computer subcultures that had recently come into being. These subcultures were predominantly populated by adolescents and very young adults.

Zuckerberg is on record as saying he prefers the company of young people because “they are smarter.”

In other words, unlike the Old Titans, the New Titans were in no hurry to leave their teenage years behind and join the adult world. Rather, they created the means to turn their adolescent enthusiasms into lifelong careers.

Finally, another important difference flows from the adult versus adolescent psychological orientations of the two groups. I am thinking of the nature of the philanthropic activity they have engaged in.

Carnegie created a vast network of public libraries for the stated purpose of giving others the same advantage he had had to educate himself.

Vanderbilt and Rockefeller both founded universities, while Rockefeller and Ford both founded famous foundations that were originally devoted mainly to scientific and medical research, as well as to educational and charitable purposes.

In a nutshell, the Old Titans’ philanthropy was aimed at the quintessentially conservative aim of supporting and perpetuating civilization.

What about the New Titans?

Gates is by far the best-known among them as a philanthropist. His and his wife’s foundation disdains the mere advancement of civilization in favor of “saving the world.”

While some of their foundation’s projects are no doubt valuable—and all are certainly well-intended—they mostly betray the utopian, eternal-adolescent dream of one-world government run by technocratic elites not unlike Gates himself.

In controversial scientific debates such as those surrounding global warming and the recent pandemic, Gates arrogates to himself the right to decide the truth and spends vast sums of money to impose his resulting Woke vision upon the entire planet.

During the run-up to the 2020 US presidential election, Dorsey arrogated to himself the right to censor a sitting American president by banning him from Twitter.

That say years, Zuckerberg went Dorsey one better by actually putting his thumb on the scale of the election. He did this by contributing nearly half a billion dollars to provide “drop boxes” in inner city precincts in swing states, where ballots “harvested” by partisan “community organizers” could be stuffed without ID-checking or any other form of accountability.

In summary, the New Titans of Industry differ from the Old most radically in their character and in the way that character manifests itself in generous giving to causes of dubious worth.