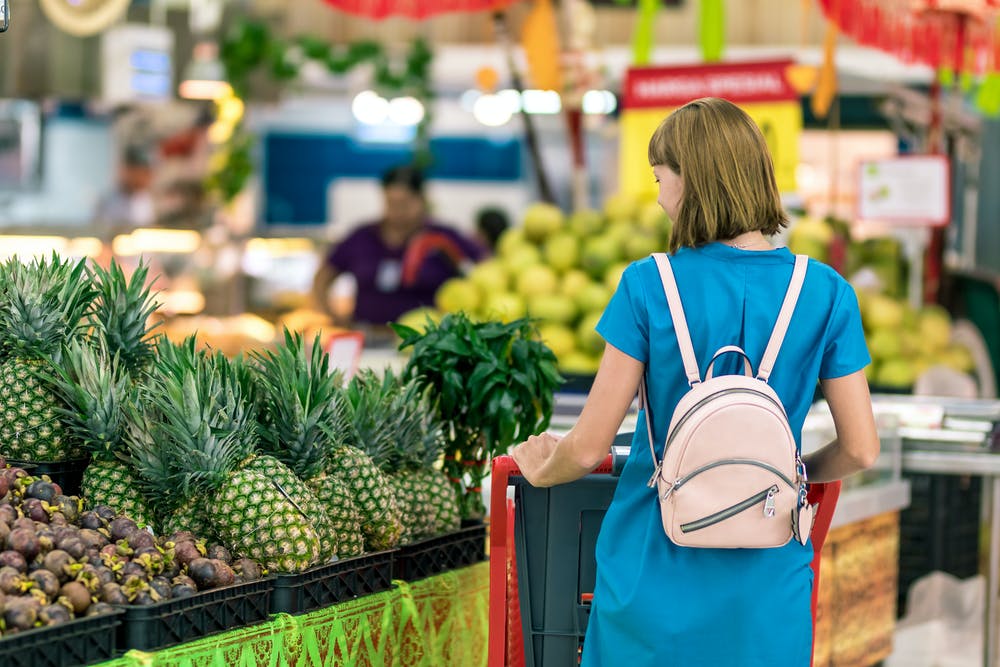 What Do Americans Spend the Most Money On?

Economics, Money
David ZimmermanDecember 2, 2021
We recommend products based on unbiased research from our editorial team. We may receive compensation if you click on a link. Read More.

Consumer spending is the fuel running the engine of the American economy. According to Investopedia, consumer spending accounts for a massive 70% of economic activity in the U.S. This means that trends in spending can exert a profound impact on the economic health of the United States as well as American businesses and households. Americans opened their wallet to the tune of $14.5 trillion in purchases in just the first quarter of 2020. And this massive sum was spent at the start of a year which would ultimately be distinguished by a dramatic pandemic-related downturn in spending.

But where is all this money going exactly? What do Americans spend the most on? From big ticket items and long-term saving goals to daily living expenses and recreational experiences, where do Americans put their money? And how have these habits been impacted by the pandemic?

But which expenses make up the largest slivers of the whole pie? Let’s first take a look at Non-Discretionary Expenses:

The vast majority of Americans will dedicate well over 60% of their spending to non-discretionary expenses. The figures below suggest that the high cost of living in the United States is a consequence of the burdensome costs imposed by housing, healthcare, and food.

According to a 2020 U.S. Bureau of Labor Statistics report on Consumer Expenditures (which references figures from 2018), the top expense among American consumers in either category is housing. Rent or Mortgage accounts for roughly 32.8% of all consumer spending.

This is a dominant expenditure for most Americans and (as a closer look below at housing markets in different major metropolitan areas demonstrates), the cost of shelter is a driving indicator of broader expenses in a given local market. Therefore, the cost of housing is often proportional to other costs in a given city, demonstrating the highly variable nature of consumer costs by region. We’ll explore this matter with more detail hereafter.

Other major categories of American consumer spending include:

In addition to these expenses, the Consumer Expenditures report notes that spending on Personal Insurance and Pension plans came in at 11.9% of spending in 2018.

This category refers to elective spending on non-essential goods, services, and experiences. While these expenses form a much smaller piece of the spending pie for most Americans, taken together, they constitute more than a quarter of all spending per year. The figures below are also drawn from the 2020 U.S. Bureau of Labor Statistics report on Consumer Expenditures, and provide a breakdown of the top goods and services accounting for discretionary household spending in 2018.

The top categories of discretionary spending, both coming in at 5.6% in 2018, were dining out and entertainment. Dining out includes spending at restaurants, convenience stores, vending machines, and more. According to Investopedia, the Entertainment category includes spending on things like sporting goods, bikes, hunting and fishing supplies, and other recreational equipment.

Some of these categories could benefit from some further clarification. For instance, “Tickets” refers to spending on event attendance including sporting events, concerts, movie theaters, stage productions, wrestling tournaments, and more. The category identified as “Toys and Hobbies” also includes playground equipment and pet supplies. As to the last of these, pet food and veterinary care actually account for the biggest proportion of the 1.4% itemized above. The category of “Apparel Products and Services” includes expenses such as dry cleaning, clothing storage, jewelry and watch repair, tailoring, rental and more.

As the bulleted list above demonstrates, these expenses generally extend from the lifestyle priorities of American consumers. Evidence suggests that a big source of fuel for the American economic engine is channeled through recreational activities that include the pursuit of entertainment, event attendance, vacations, physical activeness, hobbyist activities, and of course, our pets.

The figures above offer a look, by percentage, at all the things Americans work into their budget both out of necessity and desire. But these percentages only tell a part of the story. As noted at the outset, there are dramatic differences in the cost of living from one region to the next, and even between two cities in the same state.

To this point, Insider reports on “Bureau of Labor Statistics’ Consumer Expenditure Surveys per city. The data covers the most recent period of 2016 to 2017 and reveals average annual expenditures for consumer units 22 major metros in the Northeast, South, West, and Midwest.”

The findings show that the costs for food, housing and transportation (the “Big Three” American expenses) for 22 major cities demonstrate certain parallels but also show that the biggest difference in consumer spending from one major metropolitan area to the next largely comes down to the cost of housing. For instance, this cost is as high as $26,965 per year in Seattle, $29,101 per year in Washington D.C. and, at the top of the pack, San Francisco, where the average resident pays in excess of $32,000 for housing per year. This contrasts the cost for housing in major cities like Phoenix ($19,491 per year), Detroit ($18,794 per year) and Tampa ($17,131 per year). In other words, the cost of housing in Washington DC is nearly twice what you might spend for a similar space in Tampa.

Speaking of Tampa, this South Florida city is roughly 280 miles away from another South Florida Metro area—Miami. According to Insider, housing in Miami notched a mark of $22,350 per year, denoting a more than 20% premium on the cost of living relative to Tampa. Similar proportions separate the two cities over the cost of transportation ($10,507 vs. $8,307 in Tampa), whereas the difference in the cost of food ($7,040 in Miami vs. $6,289 in Tampa) is less extreme.

Evidence suggests that food costs are often fairly comparable from one major city to the next, whereas transportation is highly variable. It is entirely possible that this variation has more to do with how effectively each city has invested in public and mass transit than with the scale of economy in a given city. In other words, the cost of housing would appear to be a far better indicator of the economic scale in each major metropolitan area.

To wit, the highest ranking cities on this list in terms of housing cost are also generally those with the most robust local economies, the highest salary ranges for local workers, and the widest range of gainful employment opportunities. Such is to say that the cost of housing in a city may be a strong indicator of what consumers are willing and able to spend to live in more desirable metro areas.

Bear in mind that the data highlighted above—both in terms of percentage of spending in different areas, and in terms of cost per city—all predate the COVID-19 pandemic. Dramatic shifts in spending during the last two years have altered the short-term landscape for consumer spending. However, it isn’t clear that any of these changes will constitute long-term shifts in how Americans spend their money. That is an assessment that we can only make with the benefit of several more years hindsight. Until then, we can only evaluate the direct and immediate impact made by the pandemic on consumer spending habits.

To this end, the Bureau of Labor Statistics provided a New Release from September of 2021 highlighting some of the most readily observable changes in consumer spending following the emergence of the pandemic and its manifold impacts on businesses, consumers, and lifestyle choices throughout 2020.

Evidence suggests the biggest impact on consumer spending was felt in specific areas of discretionary spending connected to recreation and entertainment outside of the home. Here, the BLS points to the direct shifts in consumer spending between 2019 and 2020 “for all units.” Units are “classified by income before taxes by quintile, decile, and range; age of the reference person; size of the consumer unit; composition of the consumer unit; number of earners; housing tenure (homeowner or renter) and type of area (urban or rural); region of residence; occupation; highest education level of any consumer unit member; race; Hispanic or Latino origin; and generation of the reference person.”

Across all units, reports the BLS, consumer spending in 2020 came in at $61,334. This denotes a 2.7% decrease from the prior year. This decline in spending wasn’t simply an across-the-board decline. To the contrary, it reflected declines in certain areas specifically connected to business closures, lockdowns, and quarantines as a consequence of the pandemic.

For instance, spending on apparel and related services was down a staggering 23.8% over a single year, especially among men and boys. This was driven by a sharp downturn in brick-and-mortar shopping for items like footwear and sports apparel. For further confirmation that consumer spending in select areas was crippled by the pandemic, note that while retail alcohol sales for in-home consumption rose by 4.5%, spending on alcoholic beverages outside of the home was down a dramatic 43.9%

Areas that saw increases in consumer spending include mortgages and expenditures relating to home ownership, the latter of which spiked by 9.9% on the strength of various elective home renovation projects; cash contributions such as child support payments, contributions to religious groups, charitable donations, or political funding, which collectively jumped by 14.4%; and spending on in-home entertainment options including hobbies and toys (up 21.4%) and entertainment equipment (up 48.8%).

The takeaway from these BLS figures is that consumer spending generally declined, but more importantly, the focus of discretionary consumer spending shifted to a greater emphasis on in-home items and experiences. As a result, the sharpest declines were felt in the sectors catering most to out-of-house experiences. At the same time, some of this economic impact was offset by added spending for in-home expenses.

While 2020 saw shifts in consumer spending habits, there is no evidence to suggest that these changes will be permanent. Once again, only the next several years will tell us the precise trajectory of consumer spending habits. However, we have sufficient proof in just the last year that certain spending habits will likely return to pre-2020 levels as more time passes following the first phase of the pandemic. The subsequent phase of the pandemic has been marked by the widespread proliferation of COVID-19 vaccines alongside an array of public health and safety strategies aimed at management of viral spread, in lieu of lockdowns and shutdowns. These steps have resulted in a broad-based reopening of the economy—and in particular, of recreational and consumper opportunities outside of the home.

With restaurants reopening, bands going back on tour, Broadway shows resuming their runs, theaters once again screening films, and sports teams inviting fans back into their stadiums, 2021 is seeing a major rebound of outbound consumer spending. CNBC reports that “Between dining out and taking trips, Americans are now spending an average of $765 more a month compared with last year when much of the country was shut down due to the coronavirus pandemic, according to the MassMutual Consumer Spending & Saving Index.”

Younger generations in particular, says CNBC, seem determined to return the American consumer economy to its former heights of glory, spending on recreational opportunities outside of the home with a newfound ferocity. Millennials and Gen Z, apparently making up for time lost during the pandemic, were spending $1,016 more per month in the summer of 2021 as compared to the prior year.

And yet, even in the face of these promising figures, new variants of the COVID-19 virus—like Delta and Omicron—have already left their mark on consumer spending. As with the pandemic in general, there remains so much about consumer spending in this era that remains uncertain. How we weather the next several stages of life in the COVID era will likely have a direct bearing on how and where Americans spend their money.