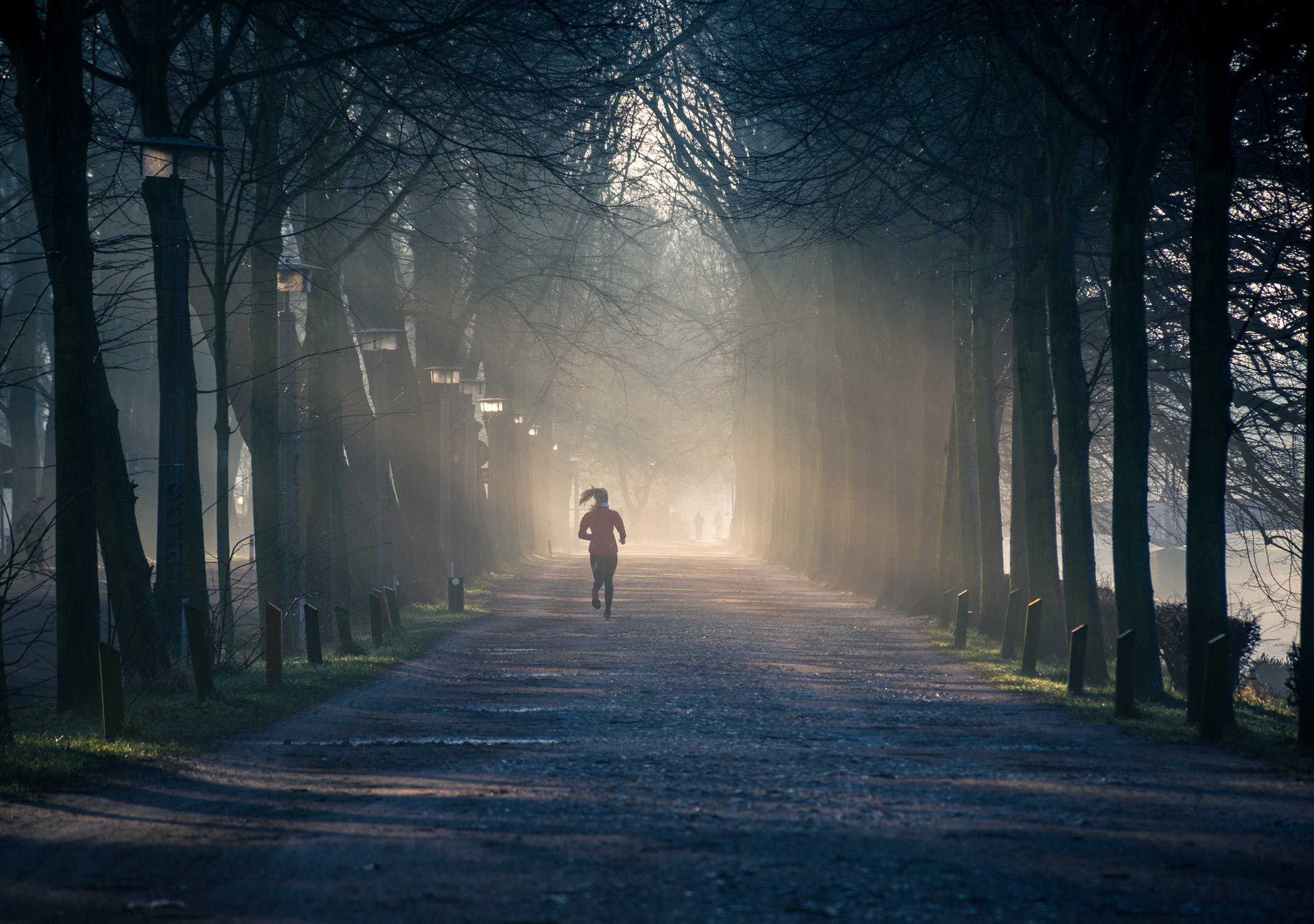 What’s the Connection Between Exercise and Salary?

Business, General, Money
David ZimmermanNovember 24, 2021
We recommend products based on unbiased research from our editorial team. We may receive compensation if you click on a link. Read More.

The benefits of exercise are numerous and well-documented. Living an active, healthy lifestyle can improve your heart health, raise your energy level, and elevate your mood. Regular healthy exercise can also prevent a wide range of long-term risk factors like obesity, hypertension, diabetes, and injury from falling.

But did you know that exercise can also help you make more money?

It’s true. According to the research, you don’t have to be a professional athlete with a multimillion dollar contract and tons of sneaker endorsement deals to reap the financial benefits of a robust fitness regimen. A study published in the Journal of Labor Research reveals that there is a direct correlation between exercise and earning power—that those who prioritize fitness and physical activity in their everyday lives will likely also earn higher salaries than their more sedentary colleagues.

Not only that, but the more you sweat it out at the gym, the more return you’ll see in your paycheck. It turns out that exercise can be a strong predictor of professional success and financial well-being. But why exactly is that? And based on the connection between fitness and financial standing, is there anything you can do to improve your own earning potential?

Well, if you want us to get right to the point—yes, it’s worth the money to join a gym…as long as you plan on actually going.

But if you’re looking for a deeper dive on the subject, let’s take a look at what the research says.

The 2012 study from the Journal of Labor Research offers a compelling slice of empirical evidence to support the idea that people who exercise regularly do indeed enjoy higher salary potential. According to the research, the wage premium for physically active employees is considerable. Those who exercise regularly were found to earn between 6 and 10 percent more than their less active colleagues.

The study by Vasilios Kosteas of Cleveland State University employed a method called “propensity score matching,” which isolated a sample size of respondents matching the basic profile of individuals who tend to exercise regularly. Using self-report to gather data, the research defined regular exercise as getting in at least 20 minutes of physical activity a minimum of three to four times a week. All of the study’s participants profiled as the type of individual who might exercise regularly. However, the sample population was actually a combination of individuals who met the threshold for regular exercise and those who did not.

The goal in this approach was not just to demonstrate a correlation between exercise and earnings, but to show direct causality. In essence, Kosteas claims to show that those who exercise regularly are likely to earn significantly more than their non-exercising counterparts directly as a consequence of their physical activity.

Does it matter how you exercise?

But these findings also show that the harder you work out, the more money you are likely to earn in your professional life. Those who indicated their preference for a more high-intensity approach to exercise also tended to skew to the higher end of the pay spectrum. Accordingly, “People who said they engage in low-intensity workouts earn an average of $54,000 annually, compared to people who engage in medium- or high-intensity workouts, who earn $67,000 and $83,000 a year, respectively.”

So again, any exercise is good, but if you’re looking to jump a few tax brackets, the secret is to push harder, go faster, and get stronger. The more you work at it, the more likely you are to see positive results in how you feel and what you earn.

The Kosteas findings are only further reinforced by research that suggests the inverse—that those who live less healthy lifestyles tend to earn less. There is evidence that an absence of fitness correlates directly to lower earnings.

An article in Time points to a study of earnings among female respondents. The findings showed that women who were considered medically obese earned roughly 18% less than those whose weight was within a healthy range. Whatever economic advantages are gained by a steady exercise routine, it seems that a number of economic disadvantages may also burden those who do not build a steady exercise routine.

But are all of these correlations really a matter of causality, or…

Is the relationship between fitness and salary reciprocal?

It’s reasonable to wonder how many high-income individuals are naturally predisposed to fitness. And it’s fair to ask whether low-income individuals are vulnerable to certain fitness obstacles simply because of their socioeconomic status. How many among us have been more able to achieve our fitness goals because of the options and access afforded by wealth? How many among us have struggled to reach our fitness goals due to extenuating financial barriers?

It’s true that fitness and exercise are a reflection of lifestyle decisions. But they may also be a reflection of opportunity and circumstance. A 2015 article in the journal PLOS One notes that the number one reason people supply for not exercising is a lack of time. Executive leaders with high salaries and big responsibilities may be busy, but they may also have far more direct control over how they use their time. Hourly wage earners rarely have this same power of self-determination.

The study in PLOS suggests that respondents in higher earning brackets are likely budgeted with more flex time, and therefore, endowed with the freedom to develop and keep sustainable exercise routines. This trend is offset slightly by the finding that individuals with higher personal income also tend to make more leisure commitments—that a full social calendar does have the potential to draw away from time that might be spent working out.

Still, there are some indisputable facts. Those with more money can afford luxuries like gym memberships, yoga classes, running shoes, Pelotons, personal trainers, and protein powders. Moreover, individuals who come from affluent or comfortable family backgrounds have also typically had better access to knowledge, education, and even coaching around physical activity.

By contrast, individuals who begin life with lesser access to fitness resources and limited education on proper fitness practices may face added sociological disadvantages. These can ultimately develop into physical and practical impediments to fitness like obesity, chronic heart disease, and diminished mobility.

In other words, while there is evidence of causality, there are also many logical reasons to assume a reciprocal relationship between fitness and income. While those who are more fit are likely to earn more, those who earn more also have more opportunities to achieve fitness.

The same 2015 study shows that the relationship between income and exercise can be convoluted by several complicating factors. First, they note that there are some differentials when it comes to gender. Second, they note that there may be some discrepancies between self-report and actual data collection outcomes. And, as it turns out, these two things are also directly related.

Using three distinct ways of measuring activity adds a few layers to this discussion, particularly about how honest we are with ourselves and one another about our actual commitment to exercise. Notably, the research indicated that women are on the whole more likely than men to be physically active, and moreover, that there is a higher positive correlation between fitness and income among women than men. Women who demonstrated participation in regular physical activity through their number of total and aerobic steps were more likely to be classified in higher income units, according to the researchers.

The study found something different when it came to men. According to the study, among male participants “having one unit higher income was associated with higher self-reported physical activity but a lower number of total and aerobic steps.”

Feel free to smirk as I parse the language here: Men who make more money are more likely to say that they exercise regularly.

Why do we associate fitness with success?

In spite of a few confounding factors, there are good reasons to believe that connection and causality between exercise and income are real for both men and women. There are certain intuitive assumptions we can make on the subject. Namely, among those who do exercise, the general consensus is that it carries certain positive effects such as improved “energy, focus, mood and motivation.”

It’s also worth noting that those who do incorporate exercise into their everyday lives must naturally leverage certain virtues in order to do so. Fitness can only occur where there is time management, discipline, and determination. Those who can demonstrate these virtues in the gym may just be more likely to demonstrate the same virtues in their profession. Of course, these are exactly the kinds of traits that employers prize.

It logically follows that regular healthy exercise should magnify the strengths that ultimately help you excel in your job and stand out positively in your workplace environment. It also makes sense that this might have the cumulative effect of helping you procure better job opportunities, advance within your organization, and consequently, land a bigger salary.

Here’s why all of this is such great news. There are many factors contributing to earning potential that we can’t control. You can’t determine the family you’re born into, the community where you receive your earliest education, nor the far-reaching socioeconomic conditions that shape access and opportunity for all Americans.

Remember, it’s not what you do, but how hard you do it and how consistent you are at maintaining your routine.

In other words, with the will power, dedication, and discipline, any one of us can take steps to become active and fit, and in doing so, we can improve our potential for job opportunities, advancement, and high earnings. So the next time you go for a jog, take a bike ride, attend an early-morning Crossfit class, or sneak in some quick cardio before your lunch break, do it like your paycheck depends on it.