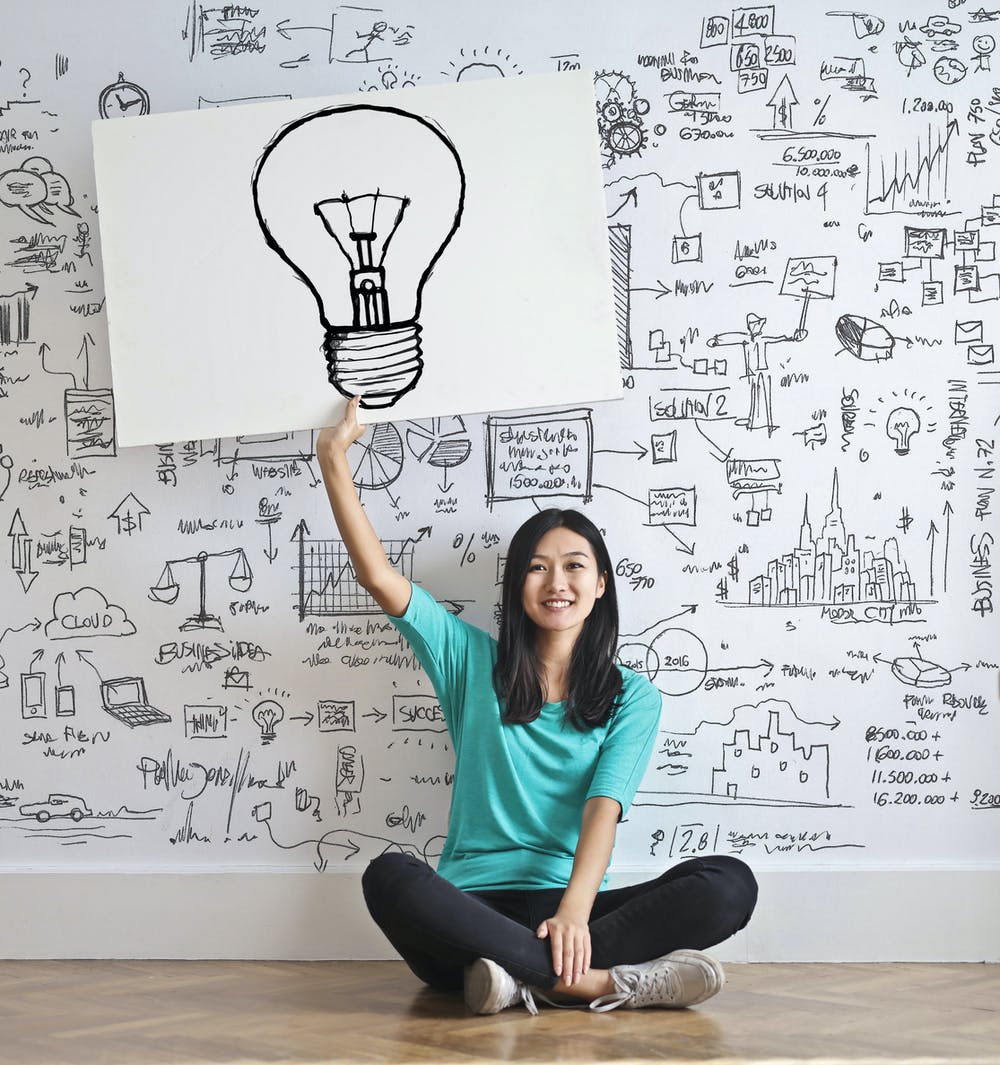 What’s the Connection Between IQ and Salary?

Business, General, Money
David ZimmermanNovember 24, 2021
We recommend products based on unbiased research from our editorial team. We may receive compensation if you click on a link. Read More.

Does salary correlate with IQ? And if so, what conclusions can we draw about this correlation? The first question is pretty straightforward. In the simplest terms, yes, there is a connection between IQ and salary. The answer to the second question is a bit more complicated. This is because the value of the IQ test is itself fairly complicated. By extension, the implications of the IQ score are also somewhat murky.

It would not be inaccurate to say that a higher IQ can predict a higher salary. It would, however, be a gross oversimplification. Researchers have generally found that there is a positive correlation between IQ and salary. But most of these researchers also acknowledge that there are numerous complicating factors clouding the subject. Moreover, closer inspection reveals that these complicating factors may even weaken the apparent correlation between IQ and salary.

Before we investigate this correlation, let’s first gain an understanding of IQ and what it means, or at least what it’s supposed to mean. Indeed, we will quickly find that disagreement persists even over the basic definition of IQ.

Most formally recognized IQ tests are issued by private test companies such as Wechsler or Stanford-Binet and rely on testing methods innovated by influential social scientists and educational psychologists like Alfred Binet and Lewis Terman. But there are some variations in the content and structure of different IQ tests depending on the organization administering the test as well as the demographic of the test taker. For instance, points out an article in Forbes, different IQ tests are administered depending on one’s age bracket. Children and adolescents will take a different test than will adults.

The same article in Forbes also cautions against the reliability of the myriad self-proclaimed “IQ Tests” which can be taken free of charge nearly anywhere online. These, the article states bluntly, are little more than meaningless online quiz games. Most of these fall under the less-than-meritable umbrella of clickbait.

What is the average IQ score?

But before we invest too much stock in these scores…

This is generally the most difficult question to answer with any level of certainty. The connection between IQ score and “intelligence” has frequently been the subject of heated debate. While IQ is often proposed as a measure of intelligence, the notion has also been greeted with great skepticism, both because this view fails to account for sociological bias in the testing itself and because the very concept of intelligence defies easy classification or scientifically reliable measurement.

An article in the Journal of Applied Developmental Science notes that “In scientific method, generally, we accept external, observable, differences as a valid measure of an unseen function when we can mechanistically relate differences in one to differences in the other…Such measures are valid because they rely on detailed, and widely accepted, theoretical models of the functions in question. There is no such theory for cognitive ability nor, therefore, of the true nature of individual differences in cognitive functions.”

In other words, science simply doesn’t have an empirical framework at its disposal for measuring true intelligence in all its diverse, unpredictable, and unquantifiable forms. Therefore, whatever we believe the value of an IQ test is, we can’t necessarily argue that IQ is purely a measure of intelligence. This attaches far too much scientific merit to the IQ test and attaches far too much meaning (and thus oversimplification) to the abstract concept of intelligence.

There are also meaningful sociological realities which must be acknowledged before we accept IQ at face value. The various competing views on IQ can initiate a fair amount of controversy and rationally grounded academic disagreement, especially when the subject of bias comes into view. To what extent is the measure known as Intelligence Quotient clouded by racial, economic, and educational inequality?

We don’t know for certain, but a highly controversial 1994 text called The Bell Curve demonstrated that there remains fierce disagreement on this matter. The aforementioned text drew a direct correlation between IQ, intelligence, genetics and racial makeup, and in addition to attracting harsh criticism from influential social scientists like Stephen Jay Gould and Noam Chomsky, demonstrated by way of backlash that the ingrained bias in IQ testing still warrants scrutiny.

Does IQ correlate to higher earnings?

In the simplest terms, IQ does correlate to higher earnings. Without context, one could make the argument that a higher IQ does connect to a higher earning potential. According to an article in Forbes, IQ scoring can be “a strong statistical predictor of multiple future life outcomes – income, education level, health, even longevity. There are hundreds of studies that confirm these correlations. So in that sense, it ‘predicts’ your future ‘success’.”

Though somewhat dated, a 2007 scholarly study published in Intelligence shows an empirical connection between IQ and salary. The study employed data from the NLSY79, a program designed to track and study various aspects of life for U.S. baby boomers. Within this particular age demographic (which the author recognizes as a delimiting factor), “each point increase in IQ test scores raises income by between $234 and $616 per year after holding a variety of factors constant.”

To this end, we can say that one’s IQ correlates positively to salary. It is a factor with some predictive power when it comes to future earnings. However, accepting this conclusion at face value would, once again, be a reductionist take on the subject matter.

Factors Beyond IQ Are Also At Play

A study by the Institute of Family Studies (IFS) notes that the high correlation between IQ and earnings is real, but that its level of causality is almost certainly inflated. This is because any number of other factors that frequently present alongside a high IQ—such as high educational attainment and educated family background—can themselves have a direct impact on your earning potential.

Citing a high level of correlation between scoring on the Armed Forces Qualifying Test (AFQT) and most standard IQ tests, the IFS study reports on the connection between AFQT scores and earnings for 1700 respondents. In their conclusion, they observe that the AFQT is not, by itself, a true determination of earning power. Instead, they find that “AFQT is serving as a proxy for other attributes correlated with earnings. People with high AFQT scores probably stayed in school longer, and most likely had more successful parents.”

Consequently, the researchers in the IFS study took steps to isolate indicators that social scientists recognize as common predictors of earning potential, including marital status, number of children, educational attainment, employment history, age, race, ethnicity, and sex. In doing so, the research found that while IQ still served as one predictor of income, controlling for other variables significantly dampened its predictive power. In other words, when one corrects for an array of sociological and biographical factors, the playing field levels significantly, regardless of IQ.

Not only that, but…

IQ May Correlate to Financial Distress

One of the more fascinating findings is revealed in the 2007 study from Intelligence, which argues that a correlation between IQ and financial well-being is not necessarily linear. True, there is evidence that high IQ can be one predictor of wealth, particularly when combined with numerous other sociological factors that have likely contributed to both a higher IQ score and higher earning potential.

But, according to Intelligence, IQ also correlates positively with a higher propensity for financial difficulty. The study found that “Financial distress, such as problems paying bills, going bankrupt or reaching credit card limits, is related to IQ scores not linearly but instead in a quadratic relationship. This means higher IQ scores sometimes increase the probability of being in financial difficulty.”

So what should we take away from this strange dichotomy? Simply that there are infinite permutations for how IQ might combine with personal background, desire, decision making, career interests, and even dumb luck to determine one’s personal and professional outlook.

Is the IQ test a useful predictor of salary?

Can we rely on the measure of one’s Intelligence Quotient to predict salary? That depends on how you use it. An article in Forbes concludes that the relevance of IQ scores “for an individual is difficult to evaluate, at best. Another way of saying this, is that whereas for a large group of people, IQ is one of the strongest predictors of future ‘success’ that we know of, for an individual, it is a weak indication.”

But one only needs to consider the diversity and peculiarity of the U.S. economy to see why the same forecast can’t be made on an individual basis. Significant outliers exist to both ends of the spectrum—fabulously wealthy reality television stars with questionable cognitive abilities and brilliant PhD candidates toiling in underpaid obscurity as laboratory research assistants.

The predictive power of IQ diminishes dramatically when attempting to foresee the future for individuals. Refer to the original assessment at the beginning of this discussion—there are simply too many complicating factors to forecast one individual’s career prospects based on IQ score alone.

So what is the value of IQ as it relates to earning potential?

Truthfully, the value of IQ is pretty limited, not just in terms of predicting individual earning potential, but more broadly as it connects to your personal and professional outlook. It goes without saying that you won’t be asked to provide an IQ score at a job interview.

But there’s another reality blunting the predictive value of IQ. Presuming you build a career in an area where you have both qualifications and credentials, you will be competing with candidates whose IQs do not differ from your own with any statistical significance. Just as a host of overlapping factors like educational attainment, family background, and cultural experience can cloud the correlation between IQ and earning potential, these same factors make it likely that your job market is inhabited by others who occupy a shared space on the socioeconomic and IQ Venn Diagram.

So as you enter a pool with these candidates, the factors that differentiate you from another in the contest for career advancement and salary increases will have more to do with personality, opportunity and ambition than IQ.

So is there a factor that does actually have a direct and predictive connection to earning potential? For an answer to that question, take a look at our feature on The Connection Between Degree Level and Salary.