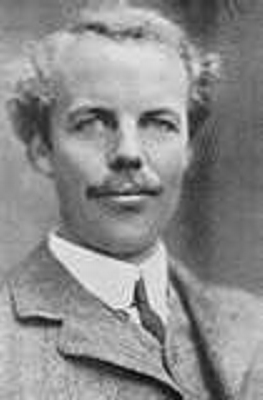 Arthur Cecil Pigou (1877–1959), who signed his published work “A.C. Pigou,” was born in the seaside resort of Ryde on the northeastern coast of the Isle of Wight, which is situated in the English Channel just off Portsmouth. His father was an army officer.

In 1896, Pigou won another scholarship to attend Cambridge University’s King’s College, where he excelled at his studies, winning numerous prizes, notably, for poetry and for economics.

Pigou studied philosophy at King’s College, with an emphasis on ethics, under the “Moral Science Tripos” (philosophy, psychology, and political economy).

One of Pigou’s teachers was Alfred Marshall, who introduced the young man to the modern discipline of political economy.

In 1901, Pigou began lecturing on economics at King’s College. His course for advanced, second-year students became a mainstay of the education of several generations of future economists at Cambridge.

In 1902, Pigou was officially appointed a Fellow of King’s College, where he was to spend his entire career.

In 1908, upon the retirement of Alfred Marshall, Pigou was named Professor of Political Economy in Marshall’s place.

During World War I, Pigou was a conscientious objector, remaining at Cambridge for the duration of the war. However, during academic vacations he volunteered in France for the dangerous task of driving an ambulance to the front lines and back.

Pigou was incredibly prolific (see “Selected Books by Pigou” below). However, his most influential work was undoubtedly The Economics of Welfare, which was first published in 1920. The success of the book was such that it went through three expanded editions by 1932, eventually extending across two thick volumes.

In 1943, Pigou resigned his professorial chair in 1943; however, he remained a Fellow of King’s College for the rest of his life.

In his youth, Pigou was enthusiastic about sports, with a special penchant for mountain climbing. However, he developed heart problems during the 1930s, when he was in his fifties, which required him to curtail his athletic activities.

In his declining years, Pigou, who never married, attained a reputation as something of a recluse, only leaving his home to take walks or to give the occasional lecture.

Pigou followed the lead of his mentor Alfred Marshall in maintaining that the science of economics must prove its worth by actually improving society.

Pigou basically built upon the foundation of Marshall’s work in order to investigate which kinds of governmental interventions in the economy might best contribute to the economic welfare of society as a whole.

One of Pigou’s most important contributions was the way he developed the concept of an “externality,” which had been mooted by Marshall. An externality is a market transaction that creates a cost which is borne by individuals who are not a party to the transaction.

Pigou distinguished between two fundamentally different kinds of externalities. The traditional notion of an externality was always viewed as a cost. Pigou called this a “negative externality.”

But he went on to note that market transactions may also confer benefits on individuals who are not a party to the transaction. These benefits he called “positive externalities.”

Thus, the adverse social effects of costs deriving from negative externalities may be corrected by levying a tax on the party that created the cost. Such impositions are known to economists as “Pigovian taxes.”

Note that a Pigovian tax may seem unfair in that it does not offer redress to the individual who bears the cost of a negative externality, but rather is aimed at helping the market as a whole to achieve equilibrium.

Once again, this may appear to be unfair, since the party that generated a benefit to a third party did not suffer thereby. Therefore, the subsidy seems unearned and superfluous.

But, as before, Pigou’s response would be that in introducing his recommended taxes and subsidies, the government would be aiming, not at fairness to individual economic actors, but at the improved functioning of the whole economy for the benefit of everyone.

Principles and Methods of Industrial Peace (1905).

The Reorganisation of Industry (1916).

The Economics of Stationary States (1935).

Income: An Introduction to Economics (1946).

Income Revisited: Being a Sequel to Income: An Introduction to Economics (1955).

Edenhofer, Ottmar, Max Franks, and Matthias Kalkuhl, “Pigou in the 21st Century: A Tribute on the Occasion of the 100th Anniversary of the Publication of The Economics of Welfare,” International Tax and Public Finance, 28: 1090–1121 (2021).

Knight, Karen Lovejoy, A.C. Pigou and the ‘Marshallian’ Thought Style: A Study in the Philosophy and Mathematics Underlying Cambridge Economics (2019).

Kumekawa, Ian, The First Serious Optimist: A. C. Pigou and the Birth of Welfare Economics (2017).