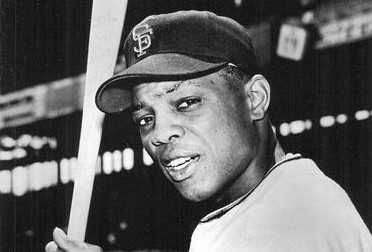 Baseball Inflation: How a 500-Fold Increase Knocked Baseball Salaries Out of the Park

Economics, Inflation, Money
Krystle DodgeApril 27, 2022
We recommend products based on unbiased research from our editorial team. We may receive compensation if you click on a link. Read More.

After a long and dreary winter, baseball season is finally underway—just in time for the news that inflation has hit a 40-year high.

The salaries of our favorite baseball players are subject to their own sort of inflation. This particular inflation rate towers over the Consumer Price Index (CPI) typically used to quantify inflation.

Since 1960, the Consumer Price Index has seen an 8-fold increase. The salaries paid to top performers in professional baseball have seen a mind-blowing 500-fold increase. Now that’s what we call a home run!

Baseball salaries, especially for top performers, have skyrocketed at a dizzying speed over the last several decades. Let’s look closer at the rise of baseball salaries and how star players’ earnings have kept pace with—or, more accurately, left in the dust—increases in average earnings, the costs of necessities and luxuries, and other measures of inflation.

Salaries of Top-Performing Baseball Stars Double During the 1960s

In 1960, salaries for high-performing professional baseball players were around $60,000. Baseball legend Willie Mays led the League—as he would do on multiple occasions throughout his career—with a then-record-breaking salary of $80,000, Baseball Reference reported.

It doesn’t take a mathematician to see that this salary is a lot less than the highest-paid baseball stars make today, but still, that raw data only tells us so much. We need to put it in context to make sense of what it really means.

Let’s travel back in time to 1960. The federal minimum wage was only $1, according to the University of Missouri Library. Gasoline cost $0.31 per gallon, the U.S. Energy Information Administration reported. You could buy a half-gallon of milk for $0.52, and the retail cost for the average quantity of meat products bought to feed a family for a year was just $284, according to the U.S. Department of Agriculture’s records. The average ticket price to attend a baseball game (in 1964, the first year for which such data is available) was $2.25, according to the Economic History Association.

The median home value was just $11,900, the United States Census Bureau reported. The average median income for families (as reported by the Census Bureau)—$5,600—sounds ridiculously small by today’s standards.

The best-paid baseball players in 1960 made more than 10 times what the average family earned in a year. These stars could afford multiple homes (if they wanted them) and other luxuries—but their earnings were still much closer to that of “regular people” than today’s highest-paid baseball stars.

Not all professional baseball players were so well-off, especially at the time. In 1960, the average salary for National League baseball players was $17,934, the Society for American Baseball Research reported. That’s still more than three times what the average family earned in a year, but far from the multimillion-dollar gap that separates today’s average earners from today’s average Major League Baseball salary.

If you can calculate an average salary, you can also assume that some salaries fall below that average rate. The MLB’s minimum salary data isn’t readily available for 1960, but by 1967, it was just $6,000. At that time, the total annual budget for a family of four with a moderate living standard was over $9,000.

Notably, some multi-talented baseball players played other sports professionally during baseball’s off-season. Chicago Cubs pitcher Ferguson Arthur “Fergie” Jenkins played basketball for the Harlem Globetrotters from 1967 through 1969, as St. Louis Cardinals pitcher Robert “Bob” Gibson had done a decade earlier. Both Jenkins and Gibson would later command some of the then-highest salaries in the League.

In today’s dollars, the $60,000 ballpark (pun intended) salary for top-performing baseball players in the 1960s amounts to more than $580,000, and Willie Mays’ reported $80,000 salary adjusts to more than $770,000. That’s still a lot of money, especially compared to the $54,000 that represents what the average family’s income from 1960 would equal today, but it’s just a tiny fraction of what today’s baseball stars are earning.

In 1962, Mickey Mantle became the highest-paid baseball player—briefly, before Willie Mays reclaimed the title—with an annual salary of $90,000, according to the Society for American Baseball Research. Mantle would earn a $100,000 annual salary for most of the remaining decade.

Between 1976 and 1977, the highest baseball salary more than doubled—from Hank Aaron’s $240,000 to the $560,000 salary paid by the Philadelphia Phillies to Mike Schmidt. Schmidt would continue to lead League salaries not only the following year but throughout the first half of the 1980s.

In 1973, Steve Carlton was earning $165,000 pitching for the Philadelphia Phillies—not bad for a baseball player who had started out making just $4,500 in 1965 playing for the St. Louis Cardinals, although nowhere near as lucrative as the seven-figure annual salaries he would be making in the early- to mid-1980s. Similarly, Mike Marshall was earning $300,000 pitching for the Minnesota Twins in 1979, a far cry from the $13,500 salary he received from the Seattle Pilots in 1969.

Fergie Jenkins started the ‘70s earning $62,000 per year pitching for the Chicago Cubs, but by the end of the decade, he would more than triple his salary to earn $200,000 playing for the Boston Red Sox.

The salary progression Seaver had made during the 70s was significant, but 1979 brought an even bigger milestone for baseball salary raises.

A four-year, $4.5 million free-agent contract was awarded to pitcher Nolan Ryan by the Houston Astros in November 1979. Ryan became the first baseball player in history to earn a salary that topped $1 million per year, according to the National Baseball Hall of Fame. The massive annual salary was astonishing not only because it was the largest baseball salary in history at the time but also because of how much it had grown in such a short time—from earning just $3,600 in 1966 to $100,000 in 1974 and then $200,000 in 1977.

The average family income in 1970 was $9,870, the Census Bureau reported. The best-paid baseball players in 1970 earned an annual salary that amounted to more than 16 times the average family’s earnings.

The million-dollar-per-year contract awarded to Nolan Ryan at the end of 1979 would begin with the 1980 baseball season, during which Ryan earned $1,125,000. He may have been the only player making a million dollars a year in 1980, but before long, other outstanding baseball stars would also be earning seven figures.

Remember Tom Seaver, who in the 1970s became one of the first baseball players to make multiple hundreds of thousands of dollars per year? In 1983, having returned to the New York Mets, 38-year-old Seaver would enjoy an annual salary that was once unthinkable: $850,000. Seaver took a brief pay cut—down to $750,000—upon joining the Chicago White Sox, but it wouldn’t last long. In 1985, he earned his first million-dollar annual salary, which topped $1,136,000.

For 1980, the Census Bureau reported a median family income of $21,020. This means that the best-paid baseball players in 1980 made more than 53 times what the average family earned in a year.

Baseball skills worth a million dollars in the 1980s would undoubtedly be worth twice that much—or more—in the ‘90s, wouldn’t they?

Playing for the Kansas City Royals in the early 1990s scored Mark Davis multiple multimillion-dollar annual salaries, including earnings of $3,625,000 in 1991 and 1992.

Doug Drabek earned annual salaries of more than a million dollars from four different teams in the 1990s, including salaries of $5,000,000 or more paid by the Houston Astros in 1995 and 1996.

The median family income in 1990 was $29,943, according to the Census Bureau. The best-paid baseball players in the early 1990s earned upwards of 203 times the average family’s annual income.

(Notice how the bar that represents the median family income is so small in comparison to the best-paid player’s salary that it has virtually disappeared from visibility on the chart above?)

The new millennium saw baseball salaries climb even higher and even faster. Kevin Brown was the highest-paid player in 2000, earning $15,714,286, but that already astronomical salary would double within a decade for the highest-performing players.

Randy Johnson spent most of the 2000s decade earning eight-figure baseball salaries, first from the Arizona Diamondbacks and then from the New York Yankees. In both 2004 and 2005, he earned his top salary of $16,000,000.

Gas prices more than doubled during the first decade of the new millennium. In 2000, the price for unleaded regular gasoline in nominal dollars was just $1.51. By 2008, gas cost more than $3 per gallon, although it subsequently dropped to $2.14 per gallon in 2009.

The median income for families in 2000 was $42,148, according to the Census Bureau. The best-paid baseball players in the first decade of the new millennium enjoyed salaries of more than 372 times what the average family earned in a year.

That’s not to say that making $15,000,000 per year wasn’t a big deal during the 2010s—Chris Carpenter achieved his highest annual salary, $15,840,971, pitching for the St. Louis Cardinals in 2010—but these figures that had so recently landed players a spot on the best-paid list were no longer so exceptional in the sport.

The median household income in 2010 was $58,627. Despite the ups and downs in average MLB salaries, the highest-performing baseball stars playing for the MLB during the 2010s made more than 562 times the average family’s annual income.

Huge salaries—often promised for the course of several years—plus signing bonuses that can amount to tens of millions of dollars in their own right have amounted to what Forbes called “mega-contracts” in 2021. By salary only, Mike Trout again topped the earnings list, with an income of $37,116,667. Gerrit Cole again followed close behind, with a $36,000,000 salary again, trailed by Nolan Arenado, with a salary of $35,000,000. Another nine players also had annual salaries at or above $30,000,000 in 2021.

The first years of the 2020s again brought volatility in fuel costs. Gas prices rose from $2.17 per gallon in 2020 to more than $3 per gallon in 2021, and in the first quarter of 2022, USA Today reported that gas prices were “the most expensive in US history.” By the early 2020s, the average cost of a ticket to a Major League Baseball game was approaching $35.

The median household income in 2020 was $67,521, according to the Census Bureau. This means that top-earning baseball stars made more than 558 times what the average American family made in a year.

Although no one can say for sure what’s next for baseball salaries, it seems like a safe bet that this trend of more players reaching or surpassing that coveted $30,000,000 mark is likely to continue.

How long will it take $40,000,000 to become the next $30,000,000 benchmark? At what point will the highest salaries once again double the record-breaking earnings of 10 years or 20 years prior? With inflation as measured by the Consumer Price Index having recently hit a 40-year high, will the rate of baseball salary inflation go up even faster than it has in recent decades? We can only speculate, but based on the extreme rate of inflation we have seen in baseball salaries over the last 60 years, the future of Major League Baseball salaries will be exciting to watch.