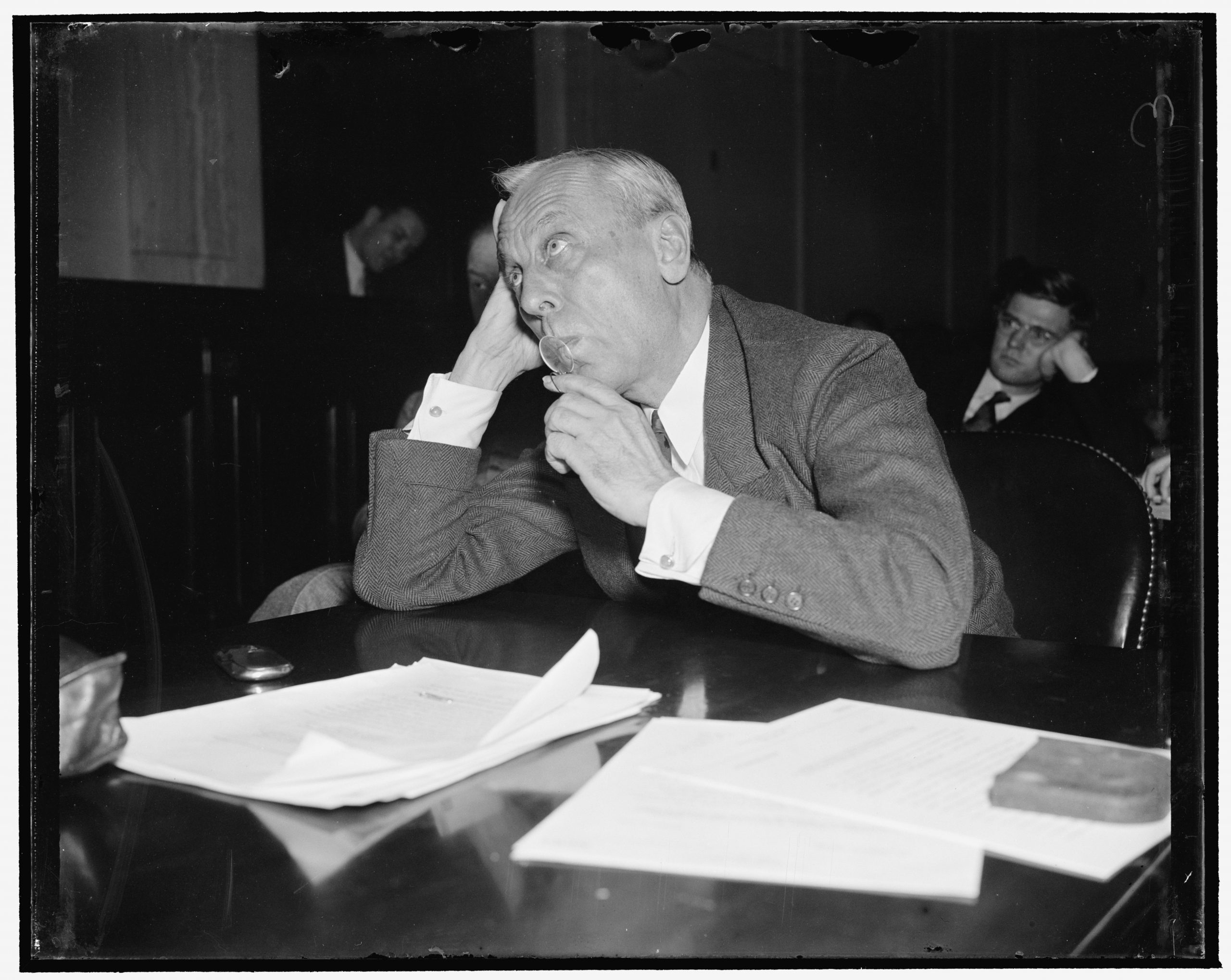 Alfred P. Sloan, Sr., was a machinist, who also dabbled in investing and in the coffee and tea import business.

When Alfred, Jr., was still young, the family moved to Brooklyn, in New York City, where the boy attended the public schools.

However, he later transferred to the Massachusetts Institute of Technology (MIT) in Cambridge, Massachusetts, taking his bachelor’s degree in 1895.

In 1899, Sloan, Sr., acquired a company called Hyatt Roller Bearing Company (“Hyatt”). He transferred ownership of the company to his son and, for good measure, installed him as President.

One of the most important of Hyatt’s new customers under Sloan, Jr.’s, stewardship was the Olds Motor Vehicle Company, founded in 1897 by inventor and automobile pioneer, Ransom E. Olds.

Olds’s company was the first automobile manufacturer served by Hyatt, but many other small, independent companies—which flourished during this early phase of the industry’s history—soon turned to Hyatt, as well, for their ball-bearing supplies.

In 1918, Sloan sold UMC to General Motors (GM), a holding company founded by William C. Durant in 1908. By the time that GM acquired UMC, it already owned several companies whose brands would go on to become household names under the GM umbrella, including Buick, Oldsmobile, and Pontiac (then known as Oakland).

Once before, back in 1910, Durant had expanded GM too quickly, with the result that his financial position became over-leveraged, causing a major deal for the acquisition of Ford Motor Company to fall through.

As a result of that misstep, Durant was forced out of the company by his financial backers, including, notably, Pierre S. Du Pont.

On that occasion, Durant landed on his feet. The following year, together with his partner, the French race car driver and entrepreneur Louis Chevrolet, he founded the Chevrolet Motor Company.

By 1916, Durant had built Chevrolet up into a thriving concern capable of buying out GM— which Durant did in 1916, reassuming his old position as president of the holding company.

However, four years later, in 1920, when GM ran into financial difficulties for a second time, Du Pont forced out Durant once again and this time replaced him with Sloan in the president’s slot.

Once at the helm of GM, Sloan faced an increasingly consolidated and competitive automobile market. His main competitor was the Ford company.

In order to beat out Ford for market share, Sloan introduced a large number of innovative ideas into GM that we now regard as standard features if the automotive industry.

For example, in 1919, Sloan rolled out the General Motors Acceptance Corporation (GMAC), a subsidiary company devoted to providing financing for the purchase of GM products by consumers, thus brining automobile-ownership within the reach of many more lower- and middle-class Americans. GMAC was the first such internal-financing company in the industry.

Among Sloan’s other innovations was the introduction of annual style changes and of “planned obsolescence.”

Sometimes referred to as the “ladder of success,” the idea was that as customers moved up in their jobs over the course of their careers, they would naturally wish to move up to a more luxurious type of automobile—for example, trading in their Chevrolet for a Pontiac, or their Oldsmobile for a Buick, and so forth.

The ladder of success concept made it possible for them to do this without ever leaving the umbrella of the GM brand. As a side benefit, the various GM makes did not compete directly with one another.

These and other innovations, as well as Sloan’s overall expert management, kept GM comfortably ahead of Ford in sales volume, as well as the number of units sold, earning the corporation the status of America’s preeminent car company for decades.

In his later life, Sloan turned his attention to a variety of writing, lecturing, and philanthropic projects.

Sloan published two autobiographies, in 1941 and in 1963 (see “Books by Sloan” below). During the 1930s and ‘40s, he also toured the country delivering numerous public lectures on business management, current affairs, and other topics of contemporary concern.

In 1930, Sloan endowed one of the first university-based, mid-career business-executive, education programs, known as the Sloan Fellows, at MIT. In return, MIT named its Sloan School of Management after him.

The Sloan Fellows program was later folded into the Alfred P. Sloan Foundation, founded four years later, in 1934. Eventually, it was extended to the Stanford Graduate School of Business (in 1957) and London Business School (in 1968), as well.

Adventures of a White Collar Man, with Boyden Sparkes (1941).

Books About Sloan and General Motors

Knoedelseder, William, Fins: Harley Earl, the Rise of General Motors, and the Glory Days of Detroit (2018).

McDonald, John, A Ghost’s Memoir: The Making of Alfred P. Sloan’s My Years with General Motors (2002).

Pelfrey, William, Billy, Alfred, and General Motors: The Story of Two Unique Men, a Legendary Company, and a Remarkable Time in American History (2006).

Whyte, Kenneth, The Sack of Detroit: General Motors and the End of American Enterprise (2021).