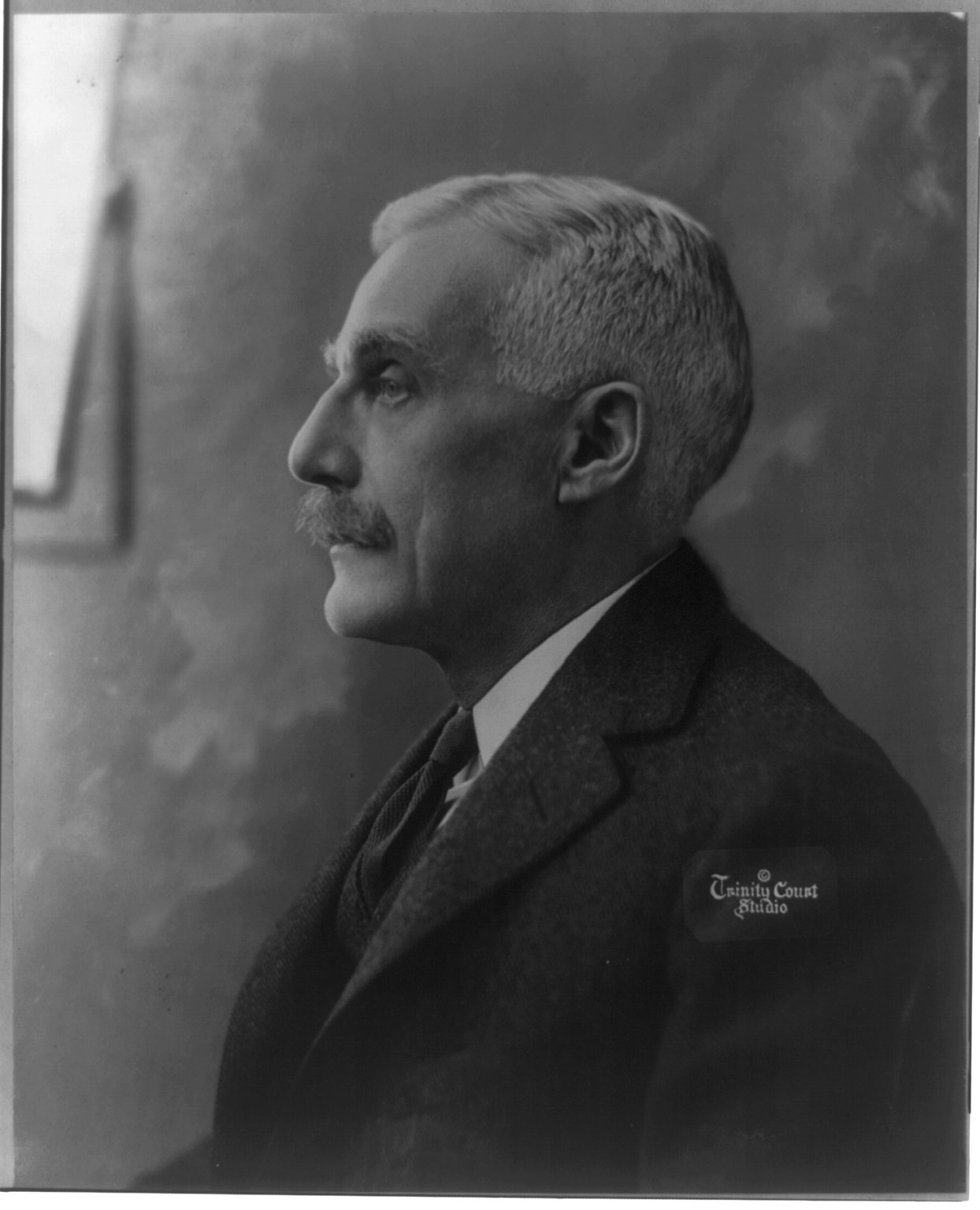 Mellon’s father, Thomas Mellon, was a prominent lawyer and banker in Pittsburgh, Pennsylvania. The Mellons were of Scotch-Irish extraction, Thomas’s father having emigrated in 1816 from County Tyrone in Ireland (now Northern Ireland).

Due to his dislike of the educational establishments of his day, both public and private, Thomas Mellon hired a private teacher and even built a special schoolhouse for the education of his sons—his future partners in his bank. Andrew attended the school from the age of five.

Later, Andrew attended Western University (forerunner of the University of Pittsburgh) but did not receive a degree.

After leaving school, to gain work experience Andrew sought employment at a lumber business, where he worked briefly before finding a similar temporary position with a coal business.

Fortuitously, Mellon entered his father’s bank just before the Panic of 1873, a financial crisis which devastated the American economy and led to the “Long Depression” of the 1870s in both the US and Europe.

While T. Mellon & Sons was adversely affected by the Panic and ensuing depression, Thomas and his sons were successful in turning the situation around. Within a year, their deposits were back to their pre-Panic level.

Despite his youth and inexperience, Andrew acquitted himself very well during the crisis, pleasing his father and demonstrating great potential for success in the banking business.

Within three years, in 1876, Thomas endowed the 21-year-old Andrew with power-of-attorney to run the day-to-day affairs of the bank.

Also in 1876, Andrew met Henry Clay Frick, who was a customer of the bank and who was to become one of Mellon’s closest personal friends.

During the 1880s, T. Mellon & Sons began to expand its holdings dramatically, taking over several existing banks and founding new ones. In 1894, Thomas signed over all his equity in the bank, as well as his other property, to Andrew, who assumed control of the company.

However, in spite of its successes, T. Mellon & Sons still remained a relatively small bank when viewed against the backdrop of the national stage.

In 1889, Andrew Mellon made a small investment in a small company called Pittsburgh Reduction Company in return for an equity stake.

Pittsburgh Reduction was making one of the first serious efforts to produce aluminum on an industrial scale. The company successfully demonstrated that the process for refining aluminum it had developed was practicable. In 1891, Andrew Mellon bought out the original owners and became Director of the company.

Together with his brothers, Mellon undertook the construction of aluminum factories in New Kensington, Pennsylvania, and in Niagara Falls, New York.

These factories were soon providing the raw materials for the fledgling but fast-growing American market for products made from aluminum. In time, the company became one of the most profitable businesses in the Mellon portfolio.

Mellon next turned his attention to the then-booming oil industry, buying up many wells, pipelines, and refineries. By 1894, Mellon’s companies were producing some 10% of the oil being exported abroad by the US.

However, due to the downstream effects of the Panic of 1893, in 1895 Mellon was forced to sell off many of his oil interests.

Another major acquisition was Carborundum Company—a producer of the abrasive, silicon carbide—of which Mellon acquired a majority ownership in 1898.

In the late 1890s, Mellon first began to steer his core business, T. Mellon & Sons, in the direction of large-scale commercial banking—a decision which took his business success and his fortune to a new level.

In 1902, Mellon rechristened his banking interests as Mellon National Bank. Decades later, the institution’s name was changed to Mellon Financial Corporation. Today, after being bought by the Bank of New York, it is known as BNY Mellon.

In the 1900s, Mellon’s fortunes also received a large boost from the oil boom in Texas, where he still retained several companies. In 1907, these now highly profitable concerns were consolidated as Gulf Oil.

During the early twentieth century, Mellon also invested in such pioneering businesses as the Westinghouse Electric Corporation and the Koppers chemical company.

In summary, Mellon may be viewed as having acted as financier of a wide spectrum of pioneering companies which contributed greatly to the industrial development of the US.

For some time, Mellon had been a contributor to the Republican Party. With his new level of wealth and fame, he became an attractive personality for political office, as well.

In 1921, Mellon was appointed Secretary of the Treasury by President Warren G. Harding.

In 1923, Harding died in office. The incoming President Calvin Coolidge retained him as his Secretary of the Treasury and Mellon served in that office throughout the Coolidge administration.

Herbert Hoover was sworn in as President in March of 1929. Once again, he kept Mellon in office as Secretary of the Treasury. Seven months later, the Stock Market Crash known as Black Tuesday occurred, ushering in the Great Depression.

Like President Hoover, Secretary Mellon was widely blamed for the Crash and the Depression. He held on politically for several years, then stepped down as Secretary of the Treasury in 1932. His reputation never recovered from the blow.

President Hoover appointed him as Ambassador to the United Kingdom, where he served for a little less than a year before being called home in March of 1933 by the incoming administration of President Franklin D. Roosevelt.

Under the influence of his friend Henry Clay Frick, Mellon began to collect art in a serious way during his later years, as well. By the 1920s, his collection was considered to be one of the finest in the US.

In the 1930s, the Bolshevik government of the USSR sold off many of the exquisite Old Master paintings held by the L’Hermitage Museum in St. Petersburg (Leningrad). Mellon bought a large proportion of these treasures for his personal collection.

Upon his death, Mellon left his art collection to the US government. The collection formed the nucleus of the National Gallery of Art, which opened its doors in 1941.

Folsom, Burton W., The Myth of the Robber Barons: A New Look at the Rise of Big Business in America (1991).

O’Connor, Harvey, Mellon’s Millions, the Biography of a Fortune: The Life and Times of Andrew W. Mellon (1933).