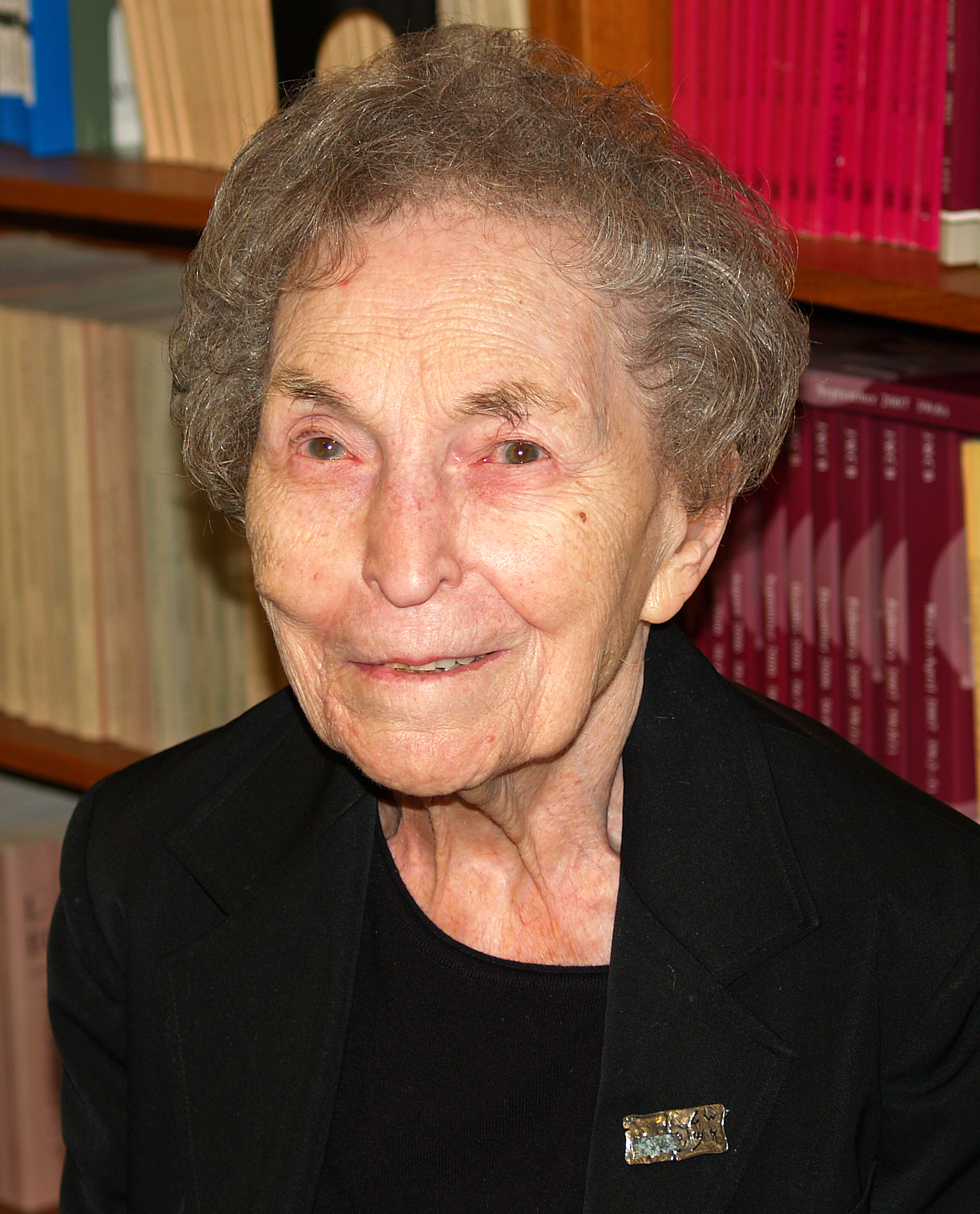 Anna Jacobson Schwartz (1915–2012) was born Anna Jacobson in the Bronx, New York City, into a family of Jewish immigrants who had arrived in the US from Eastern Europe a short time before her birth. Schwartz’s father was a rabbi, who also worked as a kosher meat supervisor for the Swift Foods company.

Schwartz was the third of five children. She attended Hebrew school for six years, beginning when she was 15. It was at a Jewish summer camp associated with this school that she met her future husband, Isaac Schwartz.

The then–Anna Jacobson married Isaac Schwartz in 1936. Her husband, who had also attended Columbia, worked as a businessman in the import trade and later as a financial officer. The couple had four children.

In the early 1960s, Schwartz returned to Columbia, obtaining her PhD in 1964.

She worked briefly for the US Department of Agriculture, beginning in 1936, before joining the Columbia University Social Science Research Council, where she served until 1941.

In 1941, Schwartz became a member of the research staff at the National Bureau of Economic Research (NBER), an organization with which she maintained ties for the rest of her life. She mostly worked out of NBER’s New York City office.

At the start of her tenure at NBER, the institution was focused on the study of business cycles. Schwartz became involved primarily with the monetary aspects of this phenomenon. Many years later, Schwartz was appointed director of the US Gold Commission.

Often working in tandem with University of College professor, Milton Friedman, and others, Schwartz published a remarkable series of detailed historical studies of the development of money and monetary theory. Schwartz’s research project of unparalleled scope and importance constitutes the heart of contribution to political economy.

Schwart’s work in economics was broadly focused on the role of government in monetary policy, especially in its historical dimension. This involved studying measures of bank output and the behavior of interest rates, deflation, and monetary standards. She also wrote on the transmission of business cycles and inflation from one country to another.

Based on evidence stretching back some 200 years, Schwartz showed that isolated business failures are not injurious to the economy, so long as they do not spread through the financial sector. Therefore, Schwartz was opposed to government bailouts of individual financial institutions. She felt that unsound institutions should be allowed to fail in order to isolate the contagion, creating a cordon sanitaire around sound ones.

1. Works Authored or Co-authored by Schwartz

The Growth and Fluctuation of the British Economy, 1790–1850: An Historical, Statistical, and Theoretical Study of Britain’s Economic Development, with Arthur D. Gayer and W.W. Rostow (two volumes) (1953).

Monetary Trends in the United States and the United Kingdom: Their Relation to Income, Prices, and Interest Rates, 1867–1975, with Milton Friedman (1982).

2. Books Edited or Co-edited by Schwartz

The Search for Stable Money: Essays on Monetary Reform, with James A. Dorn (1987).