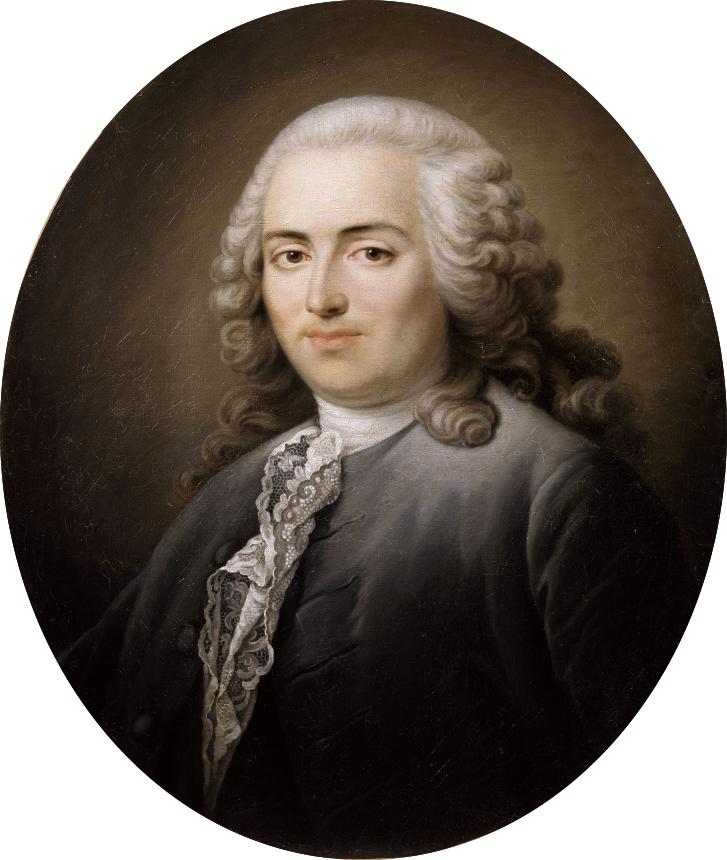 Anne-Robert-Jacques Turgot (1727–1781) was born in Paris. His father was a wealthy merchant, while his mother hailed from the landed aristocracy in Normandy.

The young Turgot was raised for the priesthood and a career in the Catholic Church.

In 1749, Turgot was admitted to the Sorbonne. During his course of studies, he delivered two accomplished and original “dissertations” [lectures], entitled “On the Benefits Which the Christian Religion Has Conferred on Mankind” and “On the Historical Progress of the Human Mind.”

In 1750, Turgot decided not to take holy orders, after all.

The young Turgot had many interests. One of his first scholarly efforts was a translation of a portion of the Aeneid into French classical hexameters.

However, Turgot was chiefly interested in social thought. In 1750, he published “A Philosophical Review of the Successive Advances of the Human Mind,” an account of human history with an emphasis on the idea of progress.

For Turgot, progress was a comprehensive idea, encompassing not only the world of arts, letters, and sciences, but also society and culture as a whole, including manners, mores, social and political institutions, legal codes, and the economy.

The first sign of Turgot’s interest in economics was a 1749 letter on paper money attacking John Law’s theory of the role of fiat money in government financing via national debt.

In 1752, Turgot received his first appointment to the state bureaucracy under King Louis XV. He quickly rose through the ranks, becoming in short order a legal counsel to parliament, a counsel to the judiciary administration, and, in 1754, a member of the royal bedchamber.

During this period, Turgot also began to frequent the best Parisians salons attended by famous philosophes. There, he made the acquaintance of several leading Physiocrats, including François Quesnay and Vincent de Gournay.

The Physiocrats were a French school of political economy—some would say, the first theoretical school in the history of the discipline. They looked upon productive work, especially in the agricultural sector, as the main source of national wealth (as opposed to the wealth of the monarch and the state, as widely taught by earlier thinkers).

In 1753, Turgot published a translation of several pamphlets by the English economist Josiah Tucker as Questions sur le commerce.

Turgot became a personal assistant to Gournay, whose title was intendant du commerce and who is often credited with inventing the phrase “laissez faire” in its economic sense. In 1756, Turgot accompanied Gournay on an inspection tour of the French provinces.

In 1760, Turgot made the acquaintance of Voltaire, who became one of his chief supporters. The connection also led to Turgot’s being invited to contribute several articles to the great Encyclopédie edited by Denis Diderot and Jean le Rond d’Alembert.

In 1759, Turgot published the Éloge de Gournay [Eulogy for Gournay] in remembrance of his mentor and friend.

In 1761, Turgot was appointed intendant [tax collector] for the region around Limoges, a post he retained until 1774.

In 1766, Turgot embarked upon the composition of his most-important work in the field of economics, entitled Réflexions sur la Formation et la Distribution des Richesses [Reflections on the Formation and the Distribution of Riches] (see “Selected Works of Turgot” below).

The Réflexions was first published over the course of 1769 and 1770 in the journal, Ephémérides du Citoyen [Citizen’s Daily], which was the chief journal of the Physiocrats. The journal was published by the philosophe, Pierre Samuel du Pont de Nemours, who later emigrated to the US, where his son, Éleuthère Irénée, founded the firm of E.I. du Pont de Nemours and Company (familiarly known today as “DuPont”).

Although Turgot was dismayed by the editorial changes that du Pont de Nemours made to his text to bring it more in line with mainstream Physiocratic doctrine, he allowed his revised text to be published. Later, in 1776, the Réflexions was published as a separate volume.

In 1774, the French king died and his son ascended to the throne as Louis XVI. The new king appointed Turgot as Comptroller-General of Finance.

The French government’s finances were in dire shape when Turgot assumed his position. He immediately got to work implementing emergency austerity measures. In one of his first official acts, he submitted a memo to the king summarizing in a single sentence the principles which would guide his actions: “No bankruptcy, no increase of taxation, no borrowing.”

Turgot especially focused on abolishing government sinecures and on liberalizing France’s trade policies. His policies were beginning to pay off handsomely when he fell from power two years later, in 1776, through backstage political maneuvering against him.

It is still not known for sure who brought down Turgot, but many rich and powerful people would have had reason to hate him.

Turgot spent the five years remaining to him in seclusion, working on his literary and scholarly interests.

Originally associated with the Physiocrats, Turgot is usually regarded today as an early advocate of economic liberalism. One of his most significant contributions is his identification of the law of diminishing marginal returns, which he observed to occur in the field of agriculture.

In the Réflexions, Turgot first presents a speculative history of agriculture and commerce through various developmental stages. He then presents Quesnay’s theory that land is the only source of wealth. This is the basis upon which society is divided into three classes, the land-owning, the artisan, and the agricultural. Interestingly, Turgot baptizes the latter group the “productive class.”

In his masterwork, Turgot also takes up many other themes in political economy, such as the interest rate and taxation. He also presents a speculative history of money, discussing exchange, barter, money, and capital.

He maintains that only the net product of the land should be subject to taxation. He also argues in favor of freedom of commerce and industry from unnecessary government regulation or intervention.

Réflexions sur la Formation et la Distribution des Richesses [Reflections on the Formation and the Distribution of Riches] (written in 1966; first published in book form in 1776).

Dakin, Douglas, Turgot and the Ancien Régime in France (1939).

Hill, Malcolm, Statesman of the Enlightenment: The Life of Anne-Robert Turgot (1999).