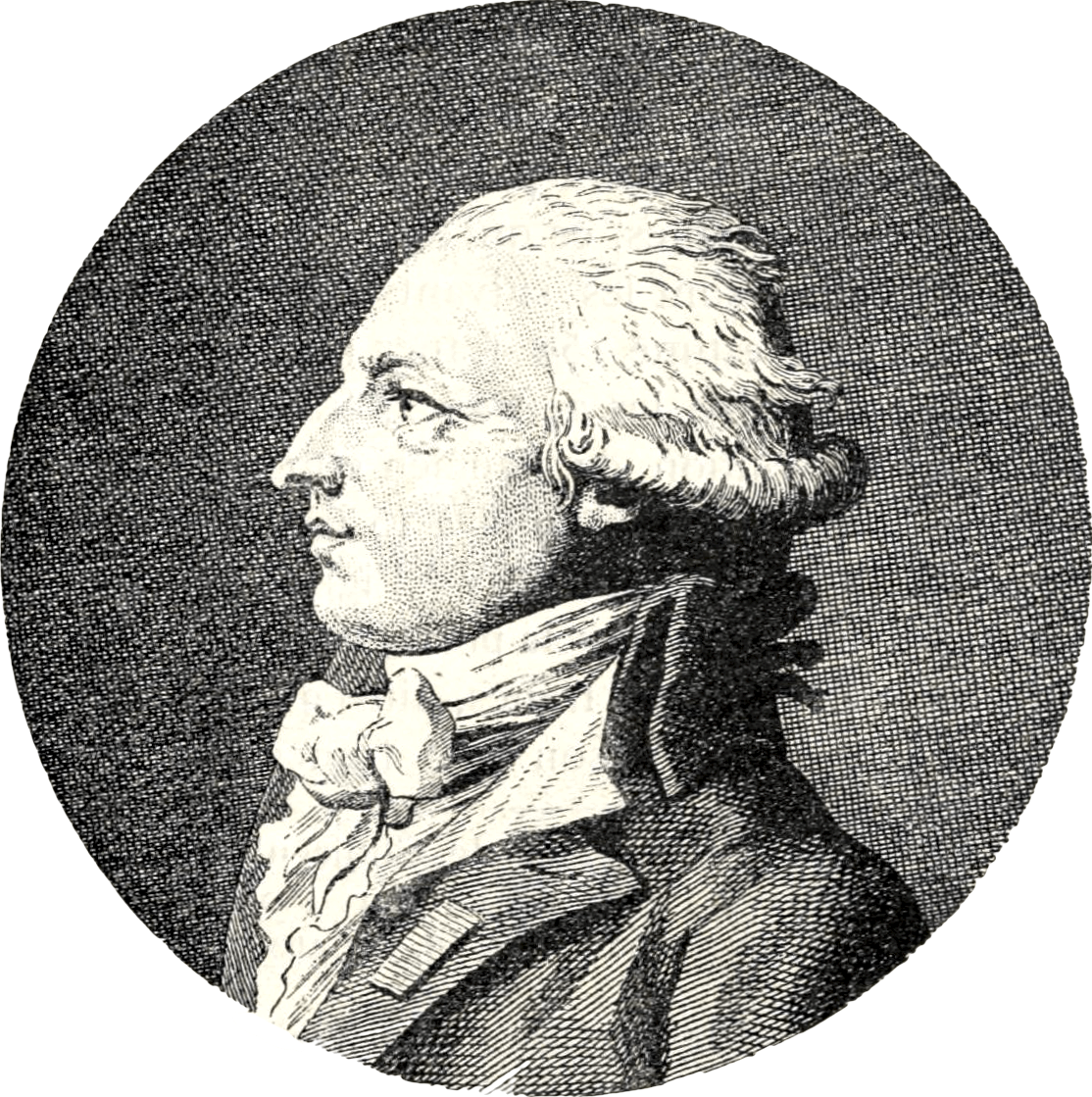 The founder of Destutt de Tracy’s family was a Scotsman named Walter Stutt, who left his homeland in 1420 to accompany Scottish ambassadors traveling to the French court.

Destutt de Tracy was educated at home before attending the University of Strasbourg.

Destutt de Tracy embarked upon a career in the army. In 1789, he became an enthusiastic supporter of the French Revolution.

Destutt de Tracy began his political career in the assembly of the province of Bourbonnais in central France. He was then elected a deputy of the nobility to the Estates-General in the revolutionary government in Paris, representing the nobility, along with his close friend, the Marquis de Lafayette.

In the spring of 1792, Destutt de Tracy was appointed Maréchal de camp [Field Marshall] in command of a cavalry unit in the revolutionary government’s army in northern France.

The following year, when the Jacobin Party under the leadership of Maximilien Robespierre took over the government and instituted the Reign of Terror, Destutt de Tracy left the army and settled in Auteuil, a western suburb of Paris.

In Auteuil, Destutt de Tracy collaborated with his friends, Pierre-Jean-Georges Cabanis and the Marquis de Condorcet, on scientific experiments of various sorts. The group of friends defined the object of their study as “idéologie“ [“ideology”], meaning “the science of ideas.”

Despite his precautions, Destutt de Tracy was arrested by the Jabobins and languished in prison for almost a year. His life was saved by the fall of Robespierre on 9 Thermidor, l’An II (July 27, 1794) and his execution the following day.

While in prison, Destutt de Tracy took up the study of philosophy, reading such classical empiricists as John Locke and Étienne Bonnot de Condillac.

In 1795, Destutt de Tracy was appointed an associate member of the newly created Institut de France. Today, the Institut has grown into an umbrella organization encompassing many of the best-known French cultural institutions, including the Académie Française.

Destutt de Tracy used his relationship with the Institut as a platform to present his philosophical ideas in the form of a series of public lectures (“mémoires”). He later developed these lectures into his multi-volume Éléments d’idéologie [Elements of Ideology].

After the seizure of power by Napoléon Bonaparte in 1799 and the subsequent declaration of the First Empire in 1804, Destutt de Tracy was elevated to the French Senate. However, he did not play a prominent role in the deliberations of that body.

Following Bonaparte’s defeat(s) and the Bourbon Restoration of 1814, Destutt de Tracy remained in the Senate as a member of the opposition.

Destutt de Tracy sent a copy of his Traité de la volonté et de ses effets to Thomas Jefferson in the US for his comments.

Jefferson approved of the work, but suggested that Destutt de Tracy reprint it as a separate volume entitled Traité d’économie politique [Treatise on Political Economy]—advice which the Frenchman took in 1823 (see “Selected Books by Destutt de Tracy” below). Jefferson subsequently translated the book into English.

Destutt de Tracy, Cabanis, Condorcet, and their colleagues spoke of themselves as “idéologistes” [“ideologists”], but Bonaparte sneeringly labeled them “idéologues” [“ideologues”], and unfortunately, the name stuck.

Though widely recognized as one of the principal advocates of economic and political liberalism, Destutt de Tracy never attained the influence he hoped for work. He spent his last years in embittered semi-seclusion.

Destutt de Tracy’s political economy were part and parcel of his doctrine of “ideology,” the science of “ideas.”

In a nutshell, the late-eighteenth-century French “ideology” movement was an effort to construct what we would now call a theory of action, or practical reason, on the basis of an extreme empiricist epistemology in the tradition of Locke and Condillac.

While Destutt de Tracy was influenced by Jean-Baptiste Say and other early French political economists, he and the other ideologues renounced the Enlightenment goal of constructing a mathematical theory of human behavior on the model of the natural sciences.

Instead, Destutt de Tracy insisted that ordinary psychological insight into human motivations, albeit systematically organized, was the correct model for achieving real progress in the social sciences.

On this basis, Destutt de Tracy put the subjective theory of value and the principle of supply and demand on a newer and stronger basis, writing:

Whenever I make an exchange freely, and without constraint, it is because I desire the thing I receive more than that I give; and on the contrary, he with whom I bargain desires what I offer more than that which he renders me.

He goes on to state that the free market is the best way to discover what the real value of a commodity is.

Head, Brian W., Politics and Philosophy in the Thought of Destutt de Tracy (1987).

Kennedy, Emmet, A Philosophe in the Age of Revolution: Destutt de Tracy and the Origins of “Ideology” (1978).