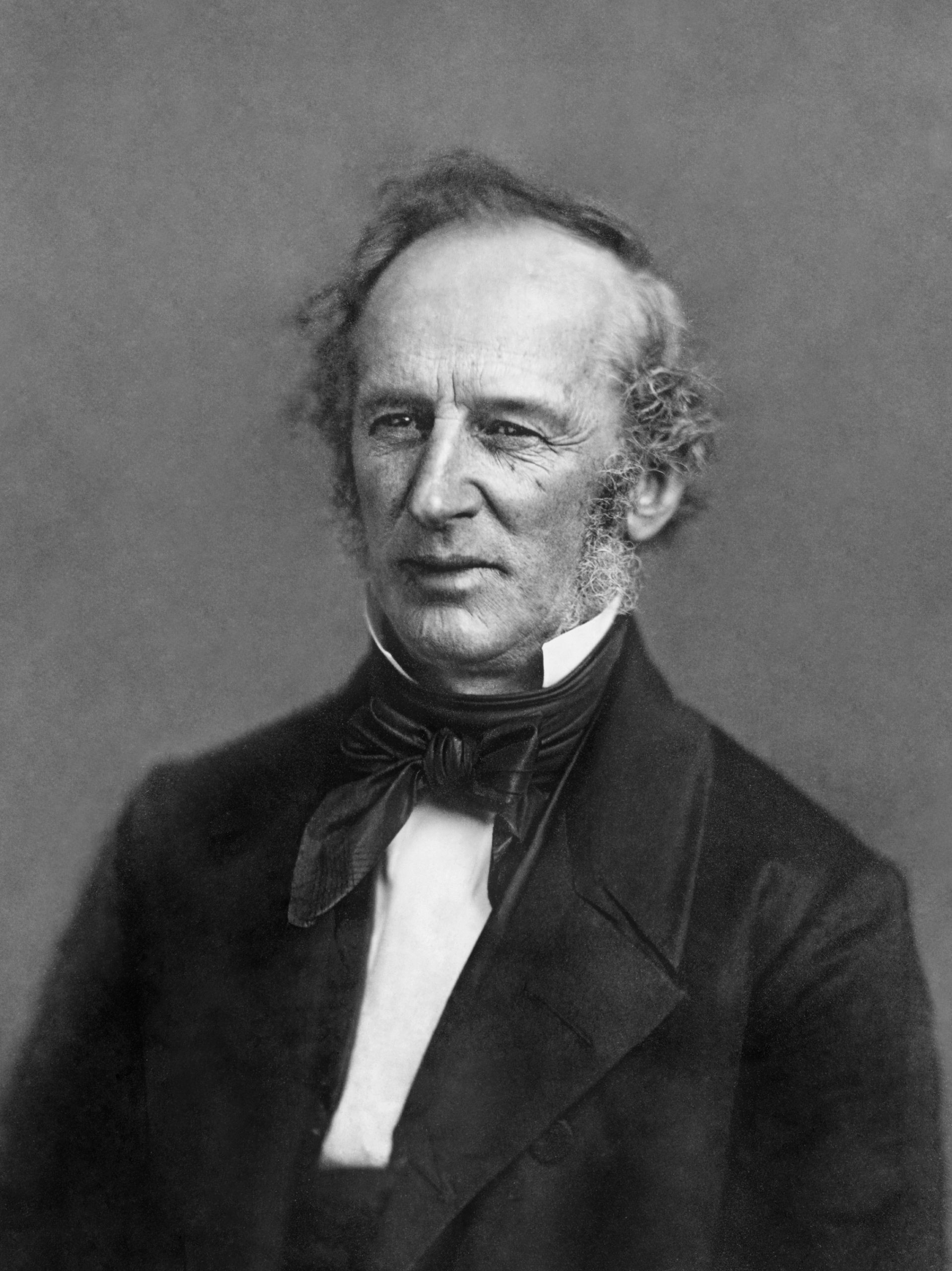 Vanderbilt’s great-great-great grandfather was born in the seventeenth century in the village of De Bilt in the province of Utrecht in the Netherlands. In 1650, he emigrated to New Amsterdam (New York City) as an indentured servant.

Cornelius’s father ran a ferryboat in New York Harbor. The young Cornelius worked on his father’s ferry from an early age, dropping out of school at the age of 11.

By age 16, Cornelius had opened his own ferry service, carrying freight and passengers back and forth between and Manhattan and Staten Island.

It was at this time that he received the ironic moniker “The Commodore,” bestowed upon him by the other ferry captains in recognition of his youthful energy and high spirits. The nickname stuck with  him for the rest of his life.

After marrying in 1813, at the age of 19—he would eventually sire 13 children—Vanderbilt began expanding his business, entering into various arrangements to purchase new ships, including a schooner that he purchased from his brother-in-law.

As his business affairs flourished and his reputation grew, Vanderbilt began to be approach by others with business opportunities. Specifically, the steamboat owner and entrepreneur Thomas Gibbons approached him with an offer to work as captain of a steamboat operating between New Jersey and New York.

Gibbons was involved in a bitter struggle with a company that had been founded by steamboat-pioneer Robert Fulton and others, which held a monopoly from New York State over steamboat services in the New York City area.

However, the US Congress had passed laws voiding such state-level restraints on commerce. The legal question was whether the Constitution’s interstate commerce clause authorized Congress to pass such legislation.

The case, designated Gibbons v. Ogden, went to the Supreme Court, which decided in 1824 in favor of Gibbons, voiding the New York state monopoly.

By personally piloting Gibbons’s steamboats during the struggle to break the New York steamboat monopoly, the young Vanderbilt had an excellent vantage point, which allowed him to quickly learn the business and legal aspects of operating a large and complex commercial operation.

In 1826, Thomas Gibbons died, and little by little Vanderbilt was able to buy out much of his company from his heirs.

By 1834, Vanderbilt had greatly expanded his operations, including a new steamboat line operating on the Hudson River, where he engaged in another monopoly fight. This time, he shrewdly positioned his company as the “People’s Line,” draping himself in the mantle of President Andrew Jackson’s populist policies.

Vanderbilt’s competitors fought him with equal shrewdness—by making him a monetary offer he could not refuse. Vanderbilt took his payoff and switched his operations from the Hudson River to Long Island Sound.

Next, Vanderbilt expanded his holdings into the railroad companies that serviced his steamboat lines, beginning on Long Island. By 1847, a major regional railroad, the New York, Providence and Boston, had come under his control.

Two years later, in 1849, gold was discovered in northern California and the famous California Gold Rush was on. Vanderbilt decided to expand into ocean-going steamboat in order to profit from the increased traffic between the Atlantic and Pacific coasts of the US.

Vanderbilt attempted to raise investment capital to build a canal across southern Nicaragua. While these efforts came to naught—the present Panama Canal was not completed until 1914—Vanderbilt did found a company to carry passengers across the same path by steamboat on rivers and Lake Nicaragua, and by carriage along the short paved road between La Virgen on the western shore of Lake Nicaragua and the Pacific port town of San Juan del Sur.

Once again, Vanderbilt became embroiled in tangled legal wrangling. To defend his interests on Nicaragua, he even went so far as to help fund an army backed by Costa Rica that was organized to oppose to the American mercenary, William Walker, who waged a successful war to take over the Nicaraguan government in 1856.

Walker was finally ousted by the Vanderbilt-backed Costa Rican forces in 1857. However, the new Nicaraguan government refused to have any further dealings with Vanderbilt. The latter subsequently set up a similar steamboat and overland-relay operation further south at the Isthmus of Panama.

During the American Civil War, Vanderbilt contributed steamboats and other matériel to the Union cause.

In 1870, Vanderbilt consolidated the New York Central and Hudson River railroads, creating one of the largest corporations in US history up to that time.

Among his many other holdings, Vanderbilt had also been acquiring a great deal of real estate, especially on Manhattan, for decades.

In 1869, Vanderbilt undertook the construction of a large railway station at 42nd Street and Fourth Avenue (now Park Avenue) in downtown Manhattan to act as the terminus for his New York rail line. Dubbed the “Grand Central Depot,” the station was completed in 1871. It was reconstructed on the same site in 1913, becoming what we now know as “Grand Central Station.”

In the course of attempting to buy the Erie Railway in 1868, Vanderbilt fell foul of the railroad magnate Jay Gould. Gould resorted to extremely shady practices, including bribing of the New York state legislature, in what became known as the “Erie War.” While Vanderbilt eventually recovered his losses, the two men remained bitter enemies for the rest of their lives.

Towards the end of his life, Vanderbilt turned to philanthropy. The most famous gift he made was the endowment he provided in 1873—in his 79th year—for what became Vanderbilt University in Nashville, Tennessee.

One of Vanderbilt’s biographers summed up his accomplishments in the following words:

[Vanderbilt] vastly improved and expanded the nation’s transportation infrastructure, contributing to a transformation of the very geography of the United States. He embraced new technologies and new forms of business organization, and used them to compete. …

He helped to create the corporate economy that would define the United States into the 21st century.

Folsom, Burton W., The Myth of the Robber Barons: A New Look at the Rise of Big Business in America (1991).

MacGregor, J.R., Cornelius Vanderbilt – The Commodore: Insight and Analysis Into the Life and Success of America’s First Tycoon (2019).