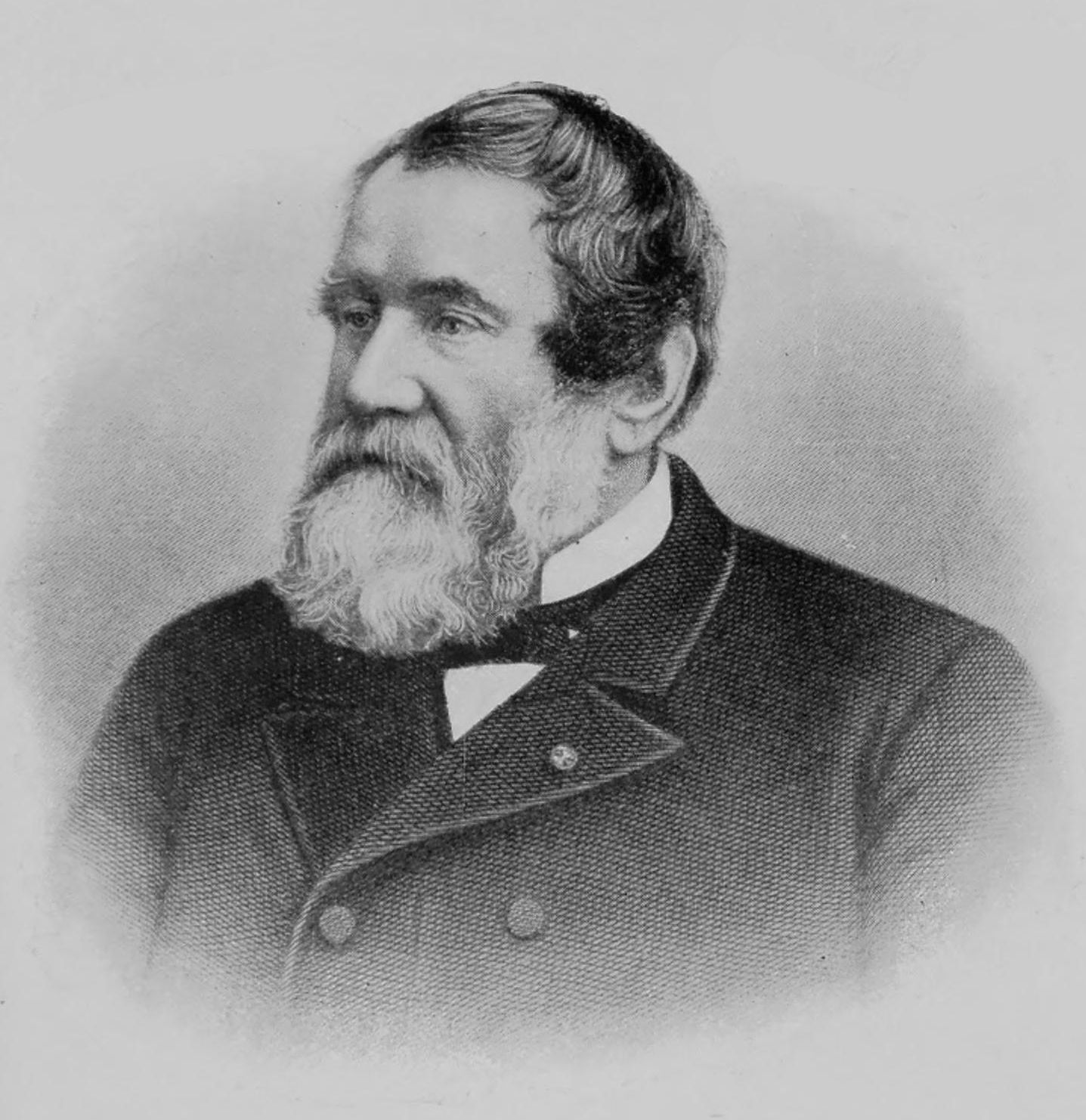 Cyrus Hall McCormick (1809–1884) was born in Raphine, Virginia, a small town in the Piedmont region in the foothills of the Allegheny Mountains, some 50 miles west of Charlottesville.

The elder McCormick had ideas for numerous improvements to the agricultural implements of his day, including the first version of a horse-drawn, mechanical reaper. However, he worked for many years to perfect his idea for a mechanical reaper, without ever being able to bring the idea successfully to fruition.

The younger McCormick was educated in the local grammar school but spent most of his free time tinkering in his father’s workshop and absorbing his father’s ideas.

In 1829, McCormick decided to try to perfect his father’s ideas for a mechanical reaper. Within 18 months he had succeeded, and in 1831, at age 22, he demonstrated his machine on a neighbor’s farm.

Right away, McCormick filed for a patent for his invention. It was granted in 1834.

Despite his successful invention and patent application, during the 1830s McCormick was mainly involved with the family’s iron foundry. Unfortunately, the foundry failed during the Panic of 1837, leaving the family deeply in debt.

As a financial fallback, McCormick turned to his mechanical reaper. After making a few improvements, he began to try to market the invention. In 1841, he found two buyers for his device. The following year, he sold seven of them, followed by 29 in 1843 and 50 in 1844.

Word of McCormick’s new reaper began to spread, leading to orders arriving from diverse parts of the country, including the Midwest region, where the largely immigrant farming families who lived there were beginning to grow a substantial amount of America’s cereal grains.

McCormick decided to travel to the Midwest, the better to sell his invention to the region’s farmers first-hand. His efforts were so successful that by 1844 he had decided to build his own factory to produce his reaping machine in greater quantities.

Convinced as he was that the future of wheat, barley, and corn production in the US lay in the Midwest, McCormick decided to build his factory there. In 1847, he permanently moved his operations to Chicago, which at the time was a small town beside a swamp abutting Lake Michigan.

McCormick was accompanied on this venture at first by his younger brother, Leander J. McCormick. The two men would later be joined in Chicago by other members of the family.

Of course, to carry his project through, McCormick needed money. Among the investors he found was then–Chicago mayor William B. Ogden, who supplied him with $50,000.

McCormick’s timing could not have been more fortunate. The first railway line was built between Chicago and a colliery in western Illinois in 1848. Before very long, Chicago had become a hub of the ever-expanding transcontinental railway system, making it very easy for McCormick to ship his reapers to customers in far-flung locations.

McCormick also had the bright idea of setting up satellite sales offices throughout the Midwest, thus developing a vast sales and support network to help in the marketing of his invention.

Demand for the reaper still showed no sign of drying up. By 1856, McCormick’s company was selling around 5000 of the devices per year.

Though his factory burned to the ground in the Great Chicago Fire of 1871, by that time McCormick was a very rich man and he had no difficulty in rebuilding.

During his later years, McCormick turned to philanthropy and politics.

A lifelong, devout Presbyterian, in 1859 McCormick gave a large donation to a theological seminary in Chicago, which was renamed in his honor shortly after his death as McCormick Theological Seminary.

In 1864, McCormick ran for the US House of Representatives for Illinois’s second congressional district on a platform of bringing the Civil War to an immediate close, but he was roundly defeated. Later, during the 1870s, he served a stint as chairman of the Central Committee of the Illinois Democratic Party.

When McCormick died in 1884, his son, Cyrus H. McCormick, Jr., took over the helm of the company.

Eighteen years after the elder McCormick death, in 1902, Cyrus H. McCormick, Jr., merged the McCormick Harvester Machine Company with four of its competitors to create the International Harvester Company—a name to conjure with throughout rural America to this day.

Lyons, Norbert, The McCormick Reaper Legend: The True Story of a Great Invention (1955).

Rosenberg, Chaim M., The International Harvester Company: A History of the Founding Families and Their Machines (2019).

Sobel, Robert, “Cyrus Hall McCormick: From Farm Boy to Tycoon,” in The Entrepreneurs: Explorations Within the American Business Tradition (1974).