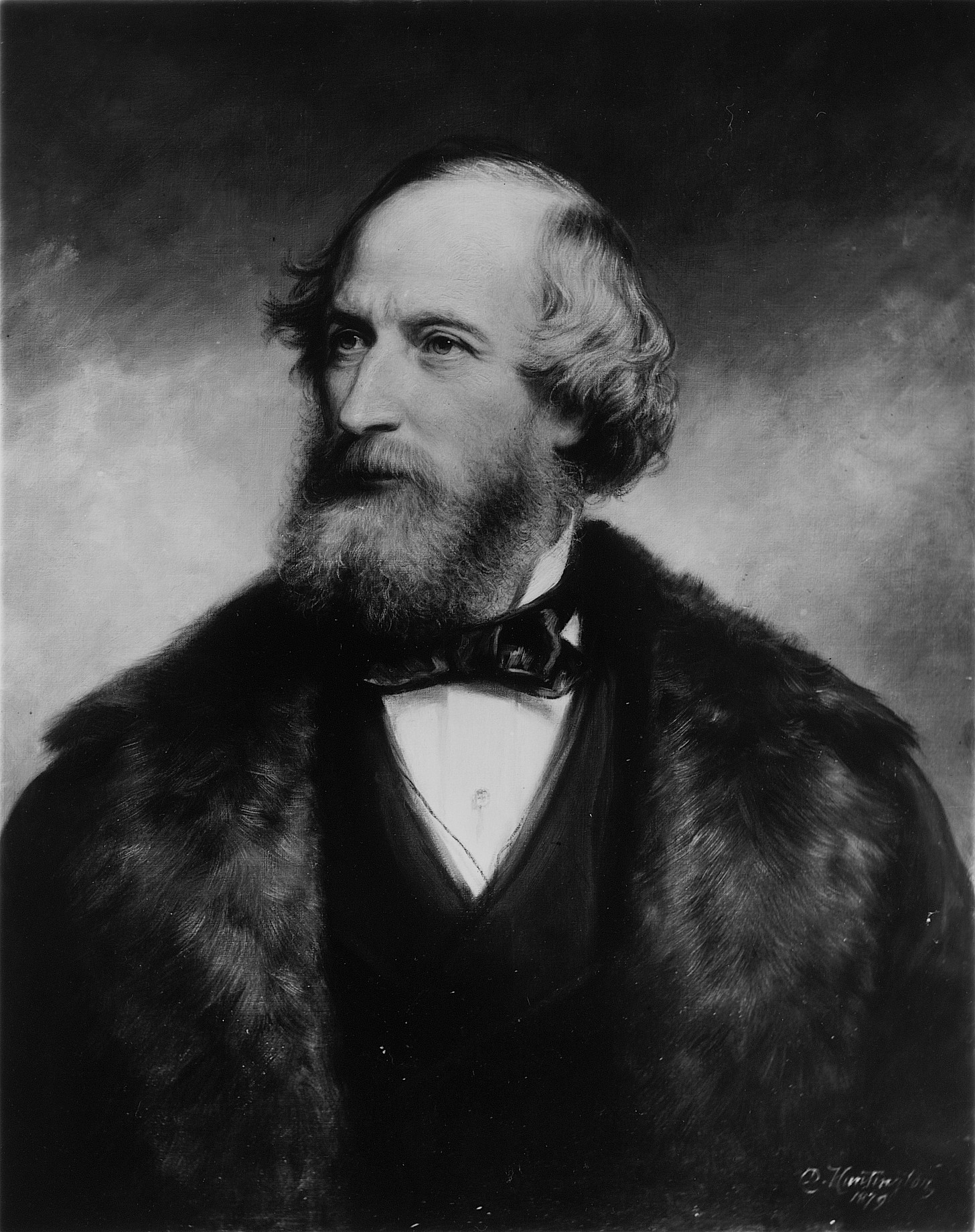 Cyrus West Field (1819–1892) was born in Stockbridge, in western Massachusetts. His father was a Congregational minister, while his mother was the daughter of a Revolutionary War captain from Connecticut.

One of Cyrus’s brothers, Stephen Johnson Field, became a Justice of the US Supreme Court.

In 1834, at the age of 15, Field traveled to New York City, where he found employment as an errand boy with a dry goods merchant.

Field was soon offered an apprenticeship with the merchant, where he now trained to work as a storeroom clerk.

Three years later, Field returned home to Stockbridge. Three years after that, in 1840, Field was married, eventually fathering a family of seven children.

Soon after returning home, Field went to work for one of his brothers in the paper manufacturing business. The brothers operated the Columbia Mill, located in Lee, Massachusetts.

In 1840, Field went into business for himself, founding his own paper mill in Westfield, Massachusetts.

The same year, Field became a junior partner in a New York City–based wholesale paper firm. His responsibilities included conducting business with clients outside of New York, and following up to ascertain their needs.

When the company he worked for failed, Field negotiated with creditors and bought the old company’s assets. Then, in partnership with his brother-in-law, he continued doing business under the new name of Cyrus W. Field & Co.

Field’s new company was very successful, soon furnishing the materials for paper production to mills throughout the Northeast—including the major manufacturer Crane & Company, still operating today—as well as buying supplies of finished paper products from the mills at wholesale prices and reselling them at a hefty markup.

By 1853, Field had amassed a personal fortune of some quarter of a million dollars and, at the very young age of 34, decided to retire from the day-to-day oversight of his business operations.

The first major endeavor Field undertook in his retirement from business was to organize an expedition to South America in the company of his friend, the artist Frederic Edwin Church.

Field and Church followed the route taken by the great German naturalist Alexander von Humboldt a half century earlier, at the turn of the nineteenth century.

After returning home the following year, in 1854, Field began to be approached by various persons seeking capital to finance various commercial ventures. One such individual was the British engineer, Frederick Newton Gisborne, who had begun work on a 400-mile telegraph line connecting St. John’s, Newfoundland, with Halifax, Nova Scotia, in Canada, but had run out of money.

It is worth noting that Field’s involvement with telegraphy came just ten years after Samuel F.B. Morse carried out the first long-distance transmission of a text using Morse code, in 1844. (Morse’s system would go on to win the day over those of his rivals because it was cheaper and more efficient.)

After talking with Gisborne, Field helped to put together a consortium to raise money for the commercial development of telegraphy. Field’s group, informally known as the “Cable Cabinet,” included, besides Field himself, Samuel Morse and three other well-known inventors and financiers of the day.

Field and his colleagues then formed a new entity called the American Telegraph Company, which began to buy up local telegraph operations, which it integrated into a single, uniform system stretching from the Canadian Maritime Provinces to Maine, to New York City, and all the way down the Eastern seaboard of the US, to the Gulf Coast.

Field and his friends’ American Telegraph Company was soon second only to Western Union in size among all telegraph operations.

In 1857, Field secured official backing from the American and British governments, as well as private financing in England, with the aim of laying a telegraph cable on the floor of the Atlantic Ocean along the relatively shallow plateau lying between Newfoundland and Ireland.

The laying of the cable took place successfully during the beginning of 1858. On August 16 of that year, Queen Victoria sent the first transatlantic telegraph message to US President James Buchanan.

Unfortunately, the first transatlantic telegraph cable stopped working within three weeks. Field was prepared to try again right away, but the US Civil War intervened.

Meanwhile, William Thomson (Lord Kelvin) became interested in the technical aspects of the problem and helped Field to develop an improved cable.

Finally, in 1868, the American Telegraph Company financed a second attempt to span the Atlantic Ocean with telegraph wiring. Though the second cable worked better than the first one, its performance still left much to be desired.

It took several more attempts and three more decades before reliable telegraph communications were established between the US and Great Britain.

The last commercial telegraph company utilizing a transatlantic cable did not cease operations until 1965—almost 100 years after the second and more successful of Cyrus Field’s cables was laid.

Thanks to the transatlantic cable, Field made the acquaintance of powerful businessmen and politicians on both sides of the Atlantic. For a short time, he was lionized by the press and his achievement was widely recognized by the public.

In 1870, however, Field’s association with the Atlantic Telegraph Company (of which Morse had always been the chief partner) came to an end, when the company was bought out and merged into two competing companies.

This was the beginning of a series of financial reversals that Field experienced during his later life, ultimately as a result of his ill-fated decision to retire from his paper production business so young.

In his last couple of decades, Field invested in railroads and even in the newspaper business, but none of his efforts was very successful.

Eventually, Field returned with his wife to their native town of Stockbridge, where he lived out his remaining years in quiet and modest circumstances.

Prospects of the Atlantic Telegraph: A Paper Read Before the American Geographical and Statistical Society, at Clinton Hall, New York, May 1, 1862 (1862).

Report of Mr. Cyrus W. Field to the President and Directors of the New York, Newfoundland, and London Telegraph Company, London, March 8th, 1866 (1866).

Books About Field and the Telegraph

Gordon, John Steele, A Thread Across the Ocean: The Heroic Story of the Transatlantic Cable (2002).

Standage, Tom, The Victorian Internet: The Remarkable Story of the Telegraph and the Nineteenth Century’s On-Line Pioneers (1998).