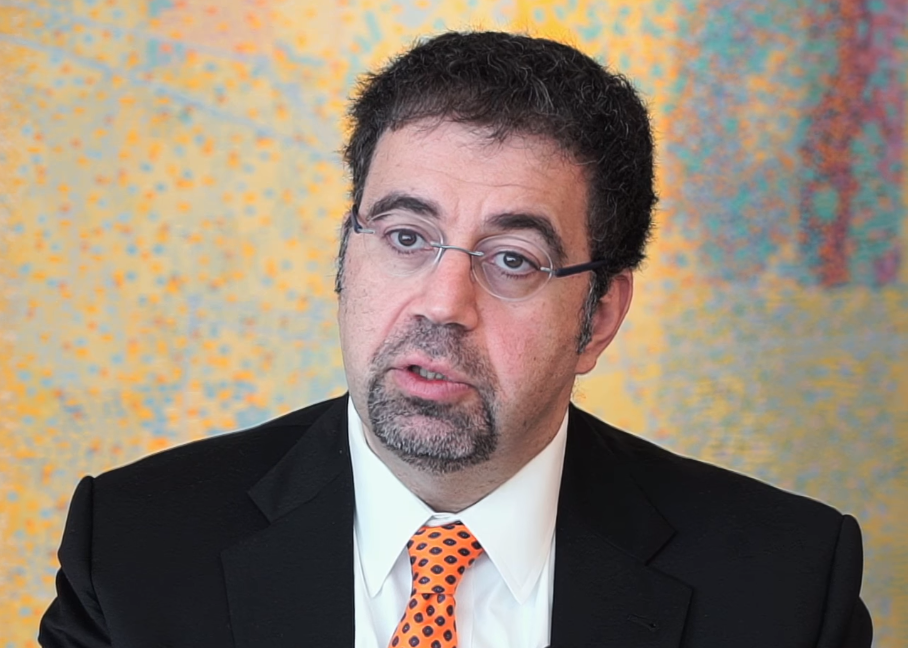 Acemoğlu’s father was a lawyer and lecturer at Istanbul University. His mother was the principal of a private, Armenian-language school.

After attending his mother’s school for the elementary grades, Acemoğlu transferred to the highly selective Galatasaray High School, which was founded in 1481.

Upon graduating from Galatasaray in 1986, Acemoğlu traveled to the UK for his higher education, where he obtained a bachelor’s degree in economics from the University of York in 1989.

For his graduate work, Acemoğlu was accepted by the prestigious London School of Economics (LSE), where he received both a master’s degree and a Ph.D. in economics, in 1990 and 1992, respectively.

Acemoğlu’s first job out of the gate, in 1992, was as a lecturer in economics at the LSE.

In 1993, Acemoğlu was appointed an assistant professor of economics at the Massachusetts Institute of Technology (MIT), where he was promoted to associate professor in 1997, and full professor in 2000.

In 2004, Acemoğlu obtained the Charles P. Kindleberger professorship in applied economics at MIT, while in 2010 he received the Elizabeth and James Killian professorship of economics.

In 2005, Acemoğlu was awarded the John Bates Clark Medal for the best American economist under the age of 40.

In 2019, Acemoğlu was appointed an Institute Professor by MIT, a post he continues to occupy today.

Acemoğlu is a highly prolific scholar and a very versatile economist.

He has made contributions to a wide variety of subdisciplines, from such “humanistic” fields as development economics,  income and wage inequality, labor economics, growth, innovation, human capital, and economic history, to such “scientific” fields as Bayesian analysis and network economics.

In a nutshell, Acemoğlu has said that his work can be broadly captured by the old phrase “political economy”—meaning that most of his work involves in one way or another the interplay between various governmental formations and the economy.

Acemoğlu may also be said to work within the tradition of a movement associated with Joel Mokyr, Douglass North, and others, called the “new institutional economics.”

1. Works Authored or Co-authored by Acemoğlu

“Political Losers as a Barrier to Economic Development,” with James A. Robinson, American Economic

“Kleptocracy and Divide-and-Rule: A Model of Personal Rule,” with James A. Robinson and Thierry Verdier, Journal of the European Economic Association, 2: 162–192 (2004).

Economic Origins of Dictatorship and Democracy, with James A. Robinson (2006).

“Productivity Differences Between and Within Countries,” with Melissa Dell, American Economic Journal: Macroeconomics, 2: 169–88 (2010).

Why Nations Fail: The Origins of Power, Prosperity, and Poverty, with James A. Robinson (2012).

“History, Expectations and Leadership in the Evolution of Cooperation,” with Matthew O. Jackson, Review of Economic Studies, 82: 1–34 (2015).

“The Value of Connections in Turbulent Times: Evidence from the United States,” with Simon Johnson, Amir Kermani, James Kwak, and Todd Mitton, Journal of Financial Economics, 121: 368–391 (2016).

Economics, with David Laibson and John A. List, second edition (2017).

“The Race between Man and Machine: Implications of Technology for Growth, Factor Shares, and Employment,” with Pascual Restrepo, American Economic Review, 108: 1488–1542 (2018).

The Narrow Corridor: States, Societies, and the Fate of Liberty, with James A. Robinson (2019).

Advances in Economics and Econometrics, with Manuel Arellano and Eddie Dekel (three volumes) (2013).

Redesigning AI: Work, Democracy, and Justice in the Age of Automation (2021).