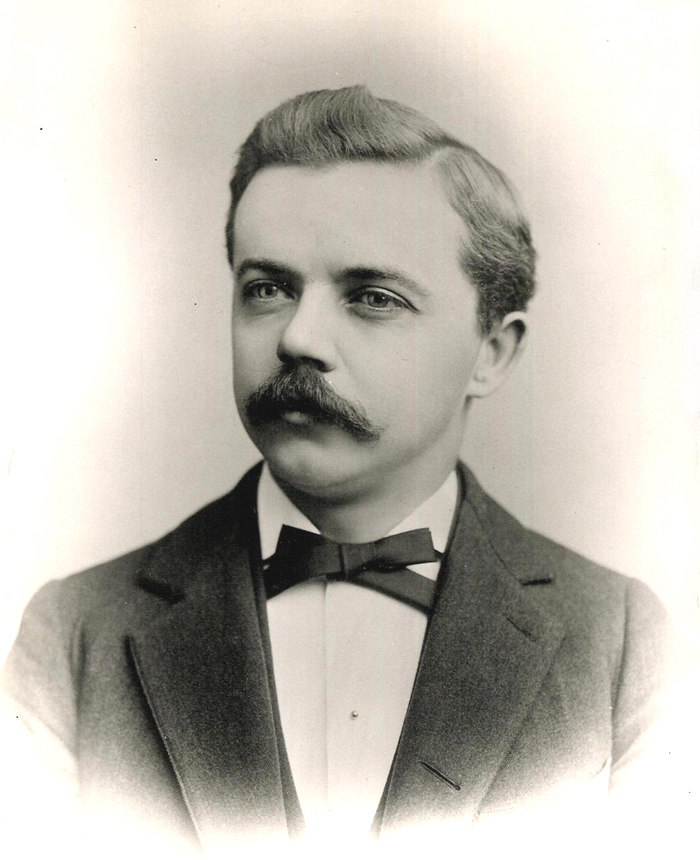 Franklin Augustus Seiberling (1859–1955) was born in Western Star, Ohio, a small town about 14 miles southwest of Akron. Later in life, he went by either “Frank” Seiberling or “F.A.” Seiberling.

Seiberling’s grandfather, Nathan Seiberling, immigrated to the US from Germany in the early nineteenth century, settling in Norton, Ohio, on the outskirts of Akron.

Nathan, who was mechanically inclined, made certain innovations to the main circular saws in a sawmill that he built in Norton, which made it faster and more efficient than other sawmills in the area. Nathan also bought and worked a farm in Western Star.

By the 1880s, the J.F. Seiberling Company, based in Akron, had become a major producer of agricultural equipment.

John had two sons, the eldest of whom was Franklin Augustus Seiberling.

Frank grew up on the Seiberling family farm. He obtained two years of higher education at Heidelberg College in Tiffin, Ohio.

He then returned to Akron to work as an apprentice for his father’s company, where he was mainly employed in an administrative capacity.

During his apprenticeship, the young Frank demonstrated his own skill as an inventor, coming up with a new type of twine-fed binding machine that tied grain into bundles with a bow knot.

After a suitable period of time spent learning the ropes of the business world, John Seiberling appointed Frank as treasurer of the J.F. Seiberling Company, a position which the latter held for several years.

However, the Panic of 1893 and subsequent depression hit the Seiberling family hard. Several of their businesses went belly-up, while others, including the flagship J.F. Seiberling Company, had to resort to massive layoffs.

In 1898, Frank—now pushing the 40-year mark, with a wife and three children to support—found himself unemployed.

Fortunately, Frank heard of an abandoned factory on a sizable plot of land in East Akron, which was available for a reasonable price. Borrowing money for the down payment from his brother-in-law, Frank purchased the building and the property with the intention of going into business for himself, with the help of his younger brother, Charles W. Seiberling.

Frank soon decided to use his new factory building to produce rubber tires. The reason for this decision is as follows.

A number of small companies producing rubber tires for horse-drawn carriages already operated in the Akron area. So, the necessary supply chains were already in existence. Additionally, Frank saw the immense potential for growth in the demand for rubber tires that the budding automobile industry would create.

Frank named his company in honor of Charles Goodyear. Goodyear was an American chemical engineer, who in 1844 had patented the process of “vulcanization,” which turned natural rubber into a pliable, durable, and waterproof substance.

That same year, in 1898, the Goodyear Tire and Rubber Company was founded with Frank as secretary and general manager and Charles as treasurer. One of the company’s most important investors became president. Within a few years, Frank had assumed the presidency, as well.

In addition to managing the company, Frank continued to work as an inventor, helping to refine the company’s products. Altogether, he obtained 19 patents on mechanical innovations connected with the tire production process.

The most significant of these was a mechanization process, which Frank patented in 1908. Thanks to this process, tires could be assembled mechanically, as opposed to being built by hand.

Once it was perfected, this process made it possible for the Goodyear company could produce 12 tires for every one produced by the company’s competitors, giving it an enormous competitive advantage.

The huge success of the Seiberling mechanical production process gave Frank the idea of offering licenses to those who might wish to buy access to the process in order to manufactcure tires in their own geographical regions.

The Goodyear company soon sold more than 2000 licenses all around the country. By 1913, over half of all the tires being produced in the US were assembled using the Seiberling process. By 1916, the company was the largest tire manufacturer in the world.

Even after the astonishing success of the Goodyear company, Frank continued to tinker and to obtain patents for innovative techniques, including, notably, the first universal tire rim, an improved, all-weather tire tread, and a pneumatic truck tire to replace the solid tires that had been standard on trucks up until then.

Frank enjoyed a reputation for being devoted to his employees’ well-being, paying them above-market salaries and contributing to the construction of better housing and other amenities for his workers, including such Akron institutions as the Peoples Hospital, the Fairlawn Country Club, and the Metropolitan Park system.

Later in life, civic affairs and philanthropy took up an increasingly large share of Frank’s attention. In 1921, he stepped down from the day-to-day management of the company.

In 1925, Frank was appointed commissioner of public parks for Akron and the surrounding area.

Finally, it was under Frank’s civic leadership that Akron became known as the “rubber capital of the world.”

Books About Seiberling and Goodyear

Beasley, Norman, Men Working: A Story of the Goodyear Tire and Rubber Company (1931).

Harp, Stephen L., A World History of Rubber: Empire, Industry, and the Everyday (2015).

Korman, Richard, The Goodyear Story: An Inventor’s Obsession and the Struggle for a Rubber Monopoly (2002).