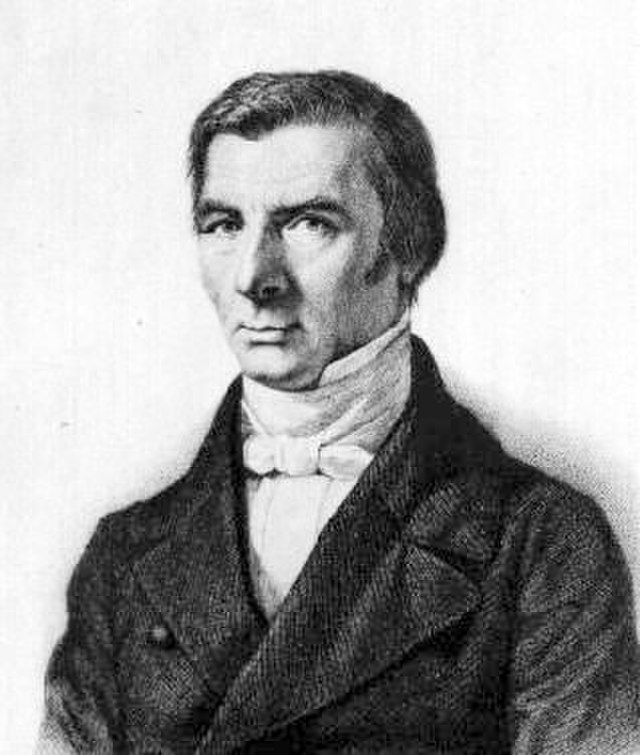 Frédéric Bastiat (1801–1850) was born in the city of Bayonne in southeastern France, on the Bay of Biscay.

Bastiat’s father and uncle ran a successful export business in Bayonne. However, Frédéric’s mother died in 1808, while his father followed her in death two years later, leaving the nine-year-old boy an orphan.

Bastiat was taken in by his mother’s father and an aunt, who looked after him for the next eight years. The aunt entertained ambitions for the boy and saw to it that he received the best education available locally.

However, Bastiat was unhappy in school and dropped out when he was 17 to begin working for his father’s brother in the family export business. He was intellectually curious, read avidly on his own, and harbored dreams of studying in Paris. Unfortunately, his hopes were unrealized due to his grandfather’s failing health and the need for him to work and to remain close to home.

The Bastiat family had been rewarded for its loyalty to the Revolution by being granted a small estate in Mugron, about 90 km to the northwest. When Bastiat’s grandfather died in 1825, the young man inherited the Mugron property.

This gave Bastiat the financial independence to go on pursuing his intellectual interests independently. During these years, he read widely in philosophy, history, politics, religion, political economy, and much else.

The Revolution of 1830 occurred when Bastiat was 29 years old. These events seem to have given a major spur to his interest in politics, moving him to run for public office.

Only in 1843 did Bastiat begin publishing the writings for which he is famous, beginning with a series of articles for the Journal des Économistes. Indeed, most of the work for which he is known today was done in the last three years of his life.

In 1849, Bastiat undertook a public debate in the form of an exchange of twelve printed letters between himself and the famous anarchist, Pierre-Joseph Proudhon. Bastiat defended interest on loans as a legitimate and necessary cornerstone of the modern economy, while Proudhon—who is best known for his declaration that “Property is theft!”—railed against the practice. The acrimonious debate deteriorated steadily until Proudhon broke it off with a scathing, ad hominem attack on Bastiat’s character and lack of formal education.

In 1850, Bastiat published his most-important work, a pamphlet called La loi [The Law], and died shortly afterwards of tuberculosis.

Bastiat considered himself a disciple of Adam Smith. More specifically, he stood in the great tradition of French liberalism, both political (as expressed in the works of Benjamin Constant, François Guizot, and Alexis de Tocqueville) and economic (François Quesnay, Anne Robert Jacques Turgot, and Jean-Baptiste Say). Bastiat, in turn, had an impact on the founders of the Austrian School of economics.

(1) his clear articulation of the concept (though not the name) of opportunity cost; and

(2) his elegant, accessible, and entertaining writing style, replete with apt and homespun examples, which he employed to bring sometimes difficult economic ideas to the general reading public of his day.

Some of Bastiat’s writings are bitingly satirical, such as his account of a candlemakers’ union who petition the French Chamber of Deputies to block out the sun due to unfair competition.

Bastiat’s most famous piece of writing is undoubtedly his 1850 article entitled “Ce qu’on voit et ce qu’on ne voit pas” [What one sees and what one does not see]. In this piece, he explains the principle that we refer to today as opportunity cost, to demonstrate the need to look at the overall impact of an action in order to assess its economic “utility.” The intellectual kernel of this famous piece is very simple and may be briefly summarized here.

A merchant’s store window gets broken and the merchant pays a glazier six francs to replace the pane. According to the prevailing mercantilist wisdom, this was a good thing for the economy because it provided work for the glazier. What this idea overlooks, says Bastiat, is that if the window had not been broken, the merchant would have spent his six francs on something else—say, a pair of shoes—giving employment to the cobbler instead of the glazier, but also allowing the merchant to enjoy both a shop window and a new pair of shoes. And the merchant himself is a member of society whose economic “utility” must be taken into account.

Bastiat was also a strong critic of government overreach. In La loi, he argues that the legitimate role of government is to protect the individual’s life, liberty, and property and that any attempt by government to go beyond its basic function must inevitably lead to the continuous further expansion of government power until—as Bastiat puts it—the legislator comes to see the citizen as something to be bent to his will “like clay to the potter.”

The Man and the Statesman: The Correspondence and Articles on Politics (1843–1850).