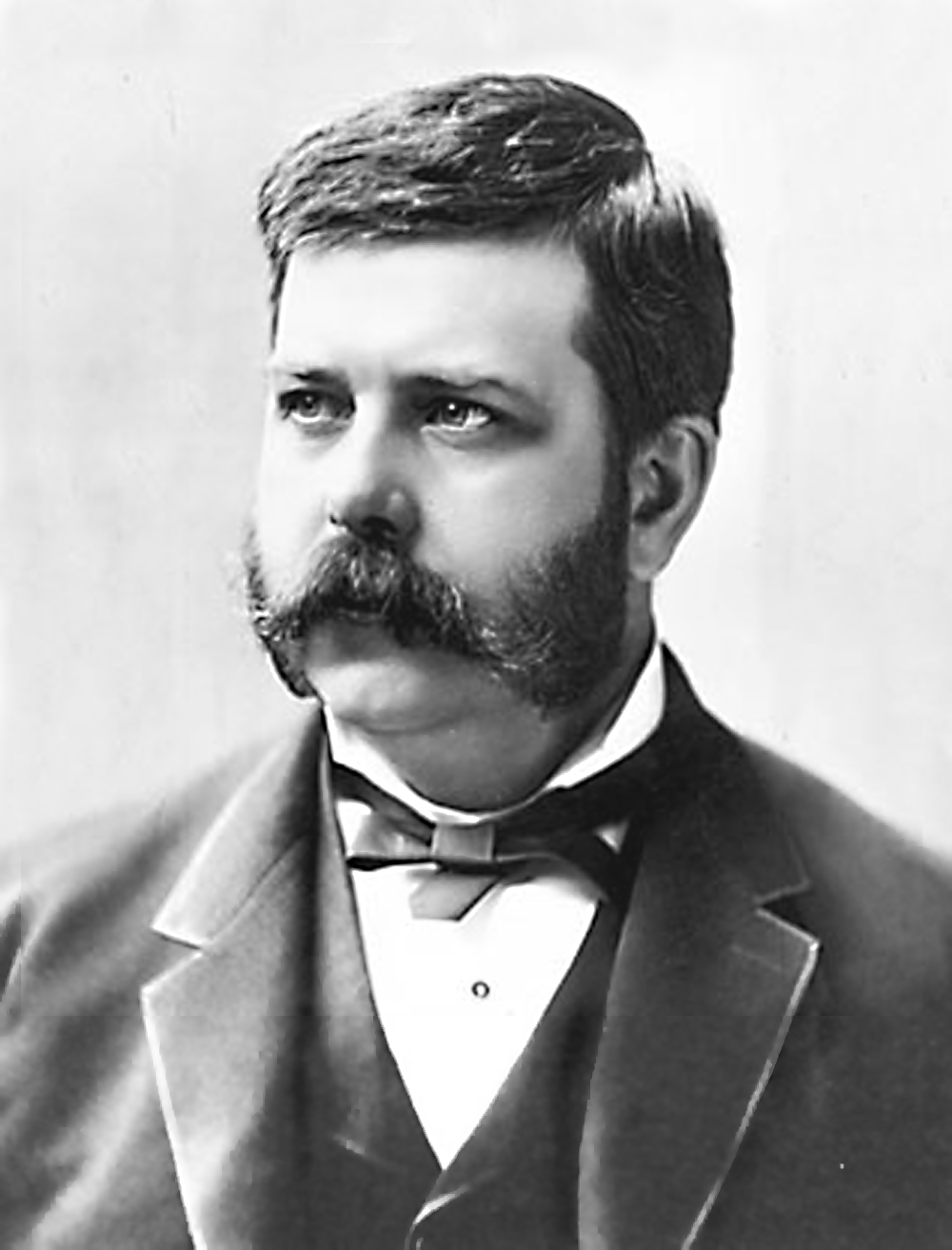 George Westinghouse, Jr. (1846–1914), was born in Central Bridge, a hamlet in upstate New York adjacent to the town of Schoharie, some 40 miles west of Albany.

Westinghouse’s father owned a machine shop. The family hailed from the German province of Westphalia, having arrived in the US via England. The ancestral name was originally “Westinghausen.”

Thanks to his father’s business, Westinghouse was exposed to machinery from an early age and quickly discovered a talent for tinkering.

In 1862, when he was just 15 years old, Westinghouse joined the New York National Guard. However, because he was underage, his parents had him sent back home. The following year, he persuaded them to allow him to re-enlist.

This time, Westinghouse joined the 16th New York Cavalry of the Union Army. He was eventually promoted to the rank of corporal.

In 1864, Westinghouse moved from the Army to the Navy, where he served as Acting Third Assistant Engineer on a gunboat.

In August of 1865, Westinghouse was demobilized from the Navy, whereupon he returned to his family in Central Bridge.

Westinghouse then enrolled in Union College, located in nearby Schenectady. However, he found that the College’s curriculum was not for him and he dropped out during his first semester.

Meanwhile, Westinghouse was continuing to pursue his longstanding interest in tinkering with machinery. In 1866, when he was still 19 years old, he made his first major invention: a rotary steam engine, which had a stationary crankshaft with a rotating crankcase.

The following year, in 1867, the young inventor came up with the Westinghouse Farm Engine, which became a hugely successful product that was widely sold throughout the country for decades.

In 1869, when he was 23, Westinghouse made three separate inventions relating to railroads: one which helped guide derailed carriages back onto the tracks, and another which reversibly switched trains between two different sets of tracks.

The third invention was the most important. Before Westinghouse, railway brakemen had to apply the brakes to each car separately by hand. This sometimes led to collisions in which the trains clearly saw each other, but simply could not stop in time.

After personally witnessing such a collision, Westinghouse turned his thoughts to finding a superior braking system for railway cars. It was in this context that he came up with one of his most-important ideas.

The Westinghouse air brake consisted of a compressor, a reservoir, and a special valve installed on each car, together with a pipe running the entire length of the train with flexible connections at the junctions between cars.

For the first time, the Westinghouse air brake allowed the brakeman to apply (or release) the brakes on all the carriages comprising the train at the same time.

Westinghouse patented the system in 1873.

Even after he had begun working mostly on other matters, Westinghouse continued to make improvements to railway switching systems. He set up his first business, Union Switch and Signal Company, in Pittsburgh in 1881 to manufacture his many inventions relating to railroad switches and signals.

During the early 1880s, Westinghouse turned his attention to electric power generation. Thomas A. Edison was already experimenting with scaling up direct-current (DC) production generation and transmission, and initially Westinghouse followed in his footsteps.

The reason is that AC can be “stepped up” in voltage by using transformers. This makes it possible to get by with many fewer centralized power plants.

The point is that, because the current is transmitted at high voltage, AC permits electricity to be transmitted to far-more-distant locations. The current is then stepped back down to low voltage for use by the end user.

DC, on the other hand, is inherently limited in its range, because the voltage of the current has to be uniformly low throughout the transmission network.

In 1886, Westinghouse and his associates installed the first AC power production and transmission system in the US, in Great Barrington, Massachusetts. The demonstration system was powered by a hydroelectric generator that produced 500 volts. When it arrived at the homes and businesses of Great Barrington, the current was then stepped down to 100 volts for use in powering incandescent light bulbs.

Over the next few years, Westinghouse fought to catch up with Edison, who had a head-start on setting up electric power systems. Their spirited competition became known in the press as the “War of the Currents.”

It was not all smooth sailing for Westinghouse, but he had a couple of aces in the hold. The superiority of his AC system over Edison’s DC system became more apparent, the greater the distance over which the current was transmitted.

In 1891, Westinghouse was finally able to play his first ace when he built a hydroelectric power plant near the village of Ophir in Colorado, about a dozen miles south of Telluride. From there, he supplied power sufficient to run a major gold mine about 3.5 miles away. This achievement caught the attention of the public and drove home the vast potential of the AC system.

The second ace that Westinghouse had been keeping up his sleeve were licenses he had obtained from the Serbian-born inventor, Nikola Tesla, on a new and far-superior type of brushless AC induction motor with which to generate current.

By 1893, Westinghouse’s chief engineer, Benjamin G. Lamme, had figured out how to integrate Tesla’s groundbreaking invention into the rest of their system, and Westinghouse began to produce AC power plants utilizing the “Tesla Polyphase System.”

This breakthrough occurred just in time for Westinghouse to win the contract to provide electricity for lighting the 1893 World’s Columbian Exposition (“World’s Fair”) in Chicago, which needless to say brought an immense amount of publicity to him and his electrical power system.

In the end, there was no absolute victor in the Current Wars, at least not in the sense of one side driving the other out of business.

To simplify a complicated history, in 1892 Edison was able to reorganize his own electric power generation companues through merger with several other companies, including one owned by J.P. Morgan, to form General Electric (GE), which is, of course, very much still with us today.

But in the larger scheme of things, Westinghouse won the Current Wars, in that even GE was ultimately forced to convert to Westinghouse’s superior AC standard.

In his later years, Westinghouse turned his attention to several new fields of industrial innovation. For instance, he developed improved steam turbines for ship propulsion, heat pumps for heating and cooling, and compressed-air shock absorbers for automobile suspension systems.

These examples show how Westinghouse remained amazingly productive and inventive until nearly the end of his life.

Prout, Henry G., A Life of George Westinghouse: Biography of the Engineering Pioneer – His Electrical Inventions, Railway Air Brake and Successes in Business (1921).

Winchell, Mike, The Electric War: Edison, Tesla, Westinghouse, and the Race to Light the World (2019).