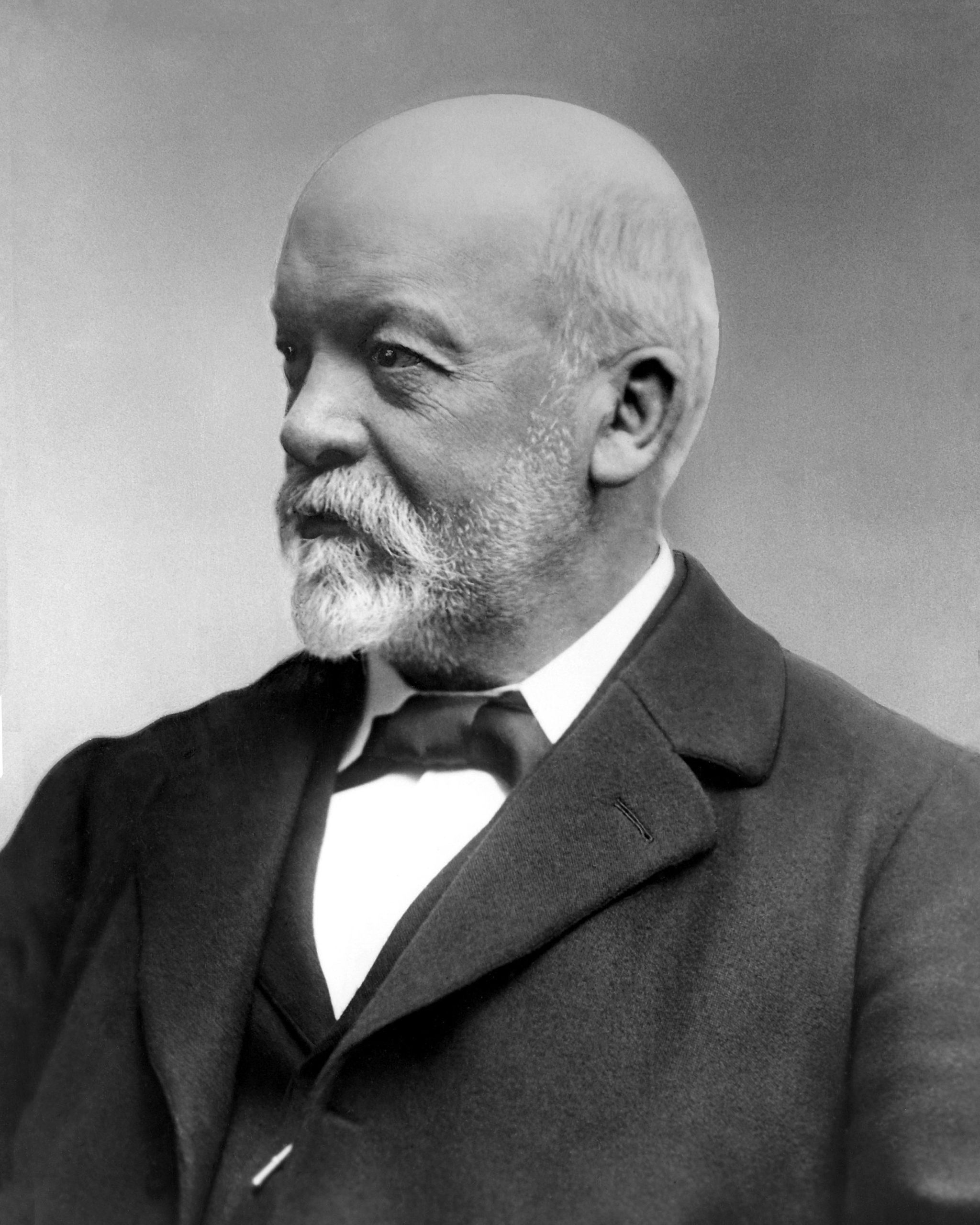 Gottlieb Wilhelm Daimler (1834–1900) was born in Schorndorf, a small town near the city of Stuttgart, in the state of Württemburg, in what was then called the German Confederation.

Daimler’s father was a baker. The boy attended a public “Latin school” (grammar school), graduating in 1847 at the age of 13.

After a year of secondary education, Daimler left school to train as an apprentice to a gunsmith.

In 1852, at the age of 18, Daimler passed his licensing examination for the trade of gunsmith. For the practical part of the licensing procedure, he produced a matching pair of engraved, double-barreled pistols.

However, rather than set himself up in business as an independent gunsmith, Daimler decided to seek more training to prepare himself for a career as a mechanical engineer. Accordingly, he enrolled in the School for Advanced Training in the Industrial Arts in nearby Stuttgart.

Daimler was an extremely diligent student, taking extra Sunday-morning classes. After only a year as a pupil, one of his teachers secured a job for him as a teacher at the in-house school in a factory belonging to the Alsatian Engineering Company, located in Grafenstaden, a suburb of Strasbourg in the German-speaking Alsace region of eastern France.

The Alsatian Engineering Company began producing locomotives, and Daimler’s employers named him a foreman of the new production line.

However, Daimler decided to leave the company and return to school, enrolling in the Polytechnic Institute in Stuttgart in 1856, at the age of 22. He made a special study of steam power at the Institute, but he later said it was at this time that he developed the “profound conviction” that steam power was bound to be replaced eventually by a power source that was more elegant and efficient.

After two years, Daimler returned to the Alsatian Engineering Company, where he worked for three more years.

Then, in 1861 Daimler quit his job and went on a tour of top engineering firms in France and England to acquaint himself with cutting-edge practices in his chosen field in those countries. He spent most of the next two years in Manchester, which was at that time widely perceived to be the beating heart of the Industrial Revolution.

In 1863, Daimler returned home to Germany, where he joined an engineering firm in Geislingen an der Steige, a small town east of Stuttgart. Daimler designed tools, mills, and turbines for the company. It was in Geislingen that he first met Wilhelm Maybach, who would become one of his main business partners.

In 1869, Daimler moved to another engineering firm in Karlsruhe, to the west of Stuttgart.

Three years later, in 1872, Daimler was hired by the firm of Gasmotoren-Fabrik Deutz (later, Deutz AG) to manage their factory in Köln (Cologne). Daimler brought in his old friend Maybach as his chief designer.

Unfortunately, Daimler and Maybach had fundamental disagreements with one of Deutz’s owners, Nicolaus Otto, over the best way to create a liquid-fuel, internal combustion engine. After several years, Otto finally fired Daimler and Maybach later quit.

In 1880, Daimler and Maybach moved back to the Stuttgart area, in the northern suburb of Cannstatt, where they set up their own workshop. There they worked on perfecting a horizontal, four-stroke engine fueled by pressurized liquid petroleum that was adjustable via a throttle.

After several years of experimentation, in 1883 the two men patented an early version of the internal combustion engine that ran on the petroleum fraction known as “ligroin,” or “heavy naphtha.”

Two years later, in 1885, the pair improved on their earlier design by inventing the carburetor, which produced a gasoline-air mixture for use as fuel.

By 1886, Daimler engines had been developed for use in boats, street cars, two-wheeled vehicles (motorcycles), and four-wheeled carriages (automobiles).

In 1889, Daimler built his first de novo automobile—as opposed to installing an engine in a pre-existing carriage.

Daimler had long resisted incorporating his company, because, as he said, he had seen too many engineers pushed out of their own companies by their business associates.

However, by 1890, Daimler’s business had grown to the point that he felt he had no choice but to take the company public. Accordingly, he founded the Daimler Motoren Gesellschaft (DMG) [Daimler Motors Corporation].

In 1894, Daimler and Maybach produced a third basic model named the “Phoenix.” The Phoenix incorporated the following innovations:

In 1886, the automotive engineer Carl Benz, working entirely separately from Daimler in a workshop in Mannheim about 60 miles to the north of Stuttgart as the crow flies, had also built an automobile powered by a liquid-fueled, internal combustion engine of his own.

While Benz had been paying Daimler for a patent violation for several years, it appears that the two men never actually met.

Not long after Daimler’s death in 1900, the managements of DMG and Benz & Cie. began to cooperate in various ways. Finally, in 1926, the two companies formally merged to form Daimler-Benz AG (later, the Mercedes-Benz Group).

Selected Books About Daimler and the Internal Combustion Engine

Adler, Dennis, Daimler & Benz: The Complete History: The Birth and Evolution of the Mercedes-Benz (2006).

Gray, Theodore, Engines: The Inner Workings of Machines That Move the World (2022).