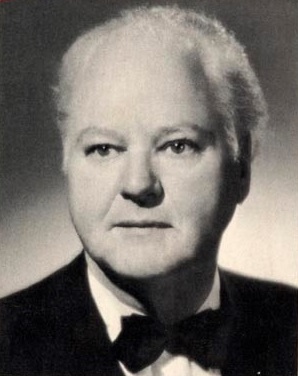 Haroldson Lafayette Hunt, Jr. (1889–1974), was born in the small town of Ramsey, Illinois, about 60 miles southeast of Springfield. The youngest of eight children, Hunt was raised on the family’s prosperous farm.

In 1905, when he was 16 years old, Hunt left home to make his fortune. He traveled across the country, working at a wide variety of jobs as a manual laborer, from farmhand to lumberjack, and from mule skinner to cowboy.

In 1911, Hunt’s father died, leaving the young man $6000. The following year, Hunt used his inheritance, Hunt to purchase a cotton plantation located near Lake Providence, Louisiana, in the Mississippi Delta.

Hunt’s ambitions extended beyond farming. Before long, he began buying and selling nearby cotton and timber land, eventually extending his scope north into Arkansas.

With World War I on the horizon, Hunt decided to plant as much cotton as possible in the (correct) expectation that the price of cotton would soar after the declaration of war.

By 1920, Hunt owned around 15,000 acres of land in Louisiana and Arkansas. However, as the war receded into history, the value of his cotton holdings declined. Then, a catastrophic flood destroyed his original cotton plantation, driving him to the brink of bankruptcy.

Hunt made his way to New Orleans, where he is reported to have turned his last $100 into $100,000 by means of gambling. Casting about for new investment opportunities, Hunt heard rumors of an oil strike near the small town of El Dorado in southern Arkansas.

Upon arriving in Arkansas, Hunt began trading in oil leases. His plan involved was to act as an intermediary between property owners (farmers) and oil prospectors. In this way, he was able to profit on transactions without risking his own money.

Hunt engaged in this type of trading for about half a year, whereupon he had accumulated enough money to lease a small (half-acre) property of his own. Once again, luck was with him and he soon struck oil, using an old rotary-style rig he had bought for a song.

Within a relatively short time, Hunt owned more than 40 productive wells in the El Dorado area. In 1924 he sold a half interest in most of these wells for $600,000.

Over the next six years, Hunt expanded his drilling operations in Arkansas, in Louisiana, and in Oklahoma. By the end of the 1920s, he had 100 productive wells throughout the south and southwest.

In 1930, Hunt learned from one of his employees of a new and highly promising discovery that had just been made in East Texas.

The East Texas Oil Field—extending roughly from Upshur County in the north to Cherokee and Rusk counties in the south—was discovered by the wildcatter, Columbus Marion (“Dad”) Joiner, who had used shady means to acquire many of the properties he owned.

Joiner wanted to develop his properties himself but lacked the financial means. For this reason, he was receptive to negotiating with Hunt, who had hastened to seek him out.

The most important deal of Hunt’s career was concluded with Joiner later in 1930 at a swanky Dallas hotel, where Hunt—who was widely known as a miser—reputedly dined on cheese and crackers.

In return for a small amount of cash down, a future payment of $1.2 million contingent on production, and legal indemnification for his shady land deals, Joiner signed his East Texas properties over to Hunt.

In 1936, Hunt founded the Hunt Oil Company to finance the development of his extremely valuable new properties.

In the larger scheme of things, Hunt’s importance was that he was the first “wildcatter” (independent oil prospector/producer) to have the financial wherewithal to search for, drill, pump, and deliver to market the crude oil under the ground that he owned. Previously, all wildcatters, in Texas and elsewhere, had been obliged to sell their product to one of the national oil companies, such as Standard Oil or Sinclair.

By World War II, Hunt Oil had become the largest independent oil producer in the US. The amount of oil that Hunt Oil alone sold to the US government during the war exceeded the total output of Nazi Germany.

By the end of the war, Hunt was producing 85 percent of the natural gas in the country.

In his later years, Hunt became deeply involved in politics, contributing heavily to many conservative groups and candidates for office.

Hunt also wrote a regular newspaper column, published a number of non-fiction books castigating the welfare state, and even composed two dystopian novels depicting the future awaiting the US if it moved in the direction of socialism.

Hunt fathered 15 children by three wives, all of whose doings were fodder for the tabloid magazines for decades. The paterfamilias built a enormous mansion—modeled on Mount Vernon, only much larger—on White Rock Lake in Dallas, which was a major local tourist attraction during the 1950s and ‘60s.

In 1974, at the time of his death, Hunt’s companies were bringing in about $1 million per week. The fortune he left behind was valued at somewhere between $2 and $3 billion.

Hunt Heritage: The Republic and Our Families (1973).

Books About Hunt and the East Texas Oil Field

Burrough, Bryan, The Big Rich: The Rise and Fall of the Greatest Texas Oil Fortunes (2009).

Burst, Ardis, The Three Families of H.L. Hunt: The True Story of the Three Wives, Fifteen Children, Countless Millions, and Troubled Legacy of the Richest Man in America (1989).

Clark, James Anthony and Michel T. Halbouty, The Last Boom: The Exciting Saga of the Discovery of the Greatest Oil Field in America (1972).

Day, James M., The Black Giant: A History of the East Texas Oil Field and Oil Industry Skulduggery and Trivia (2003).

Tuccille, Jerome, Kingdom: The Story of the Hunt Family of Texas (1984).