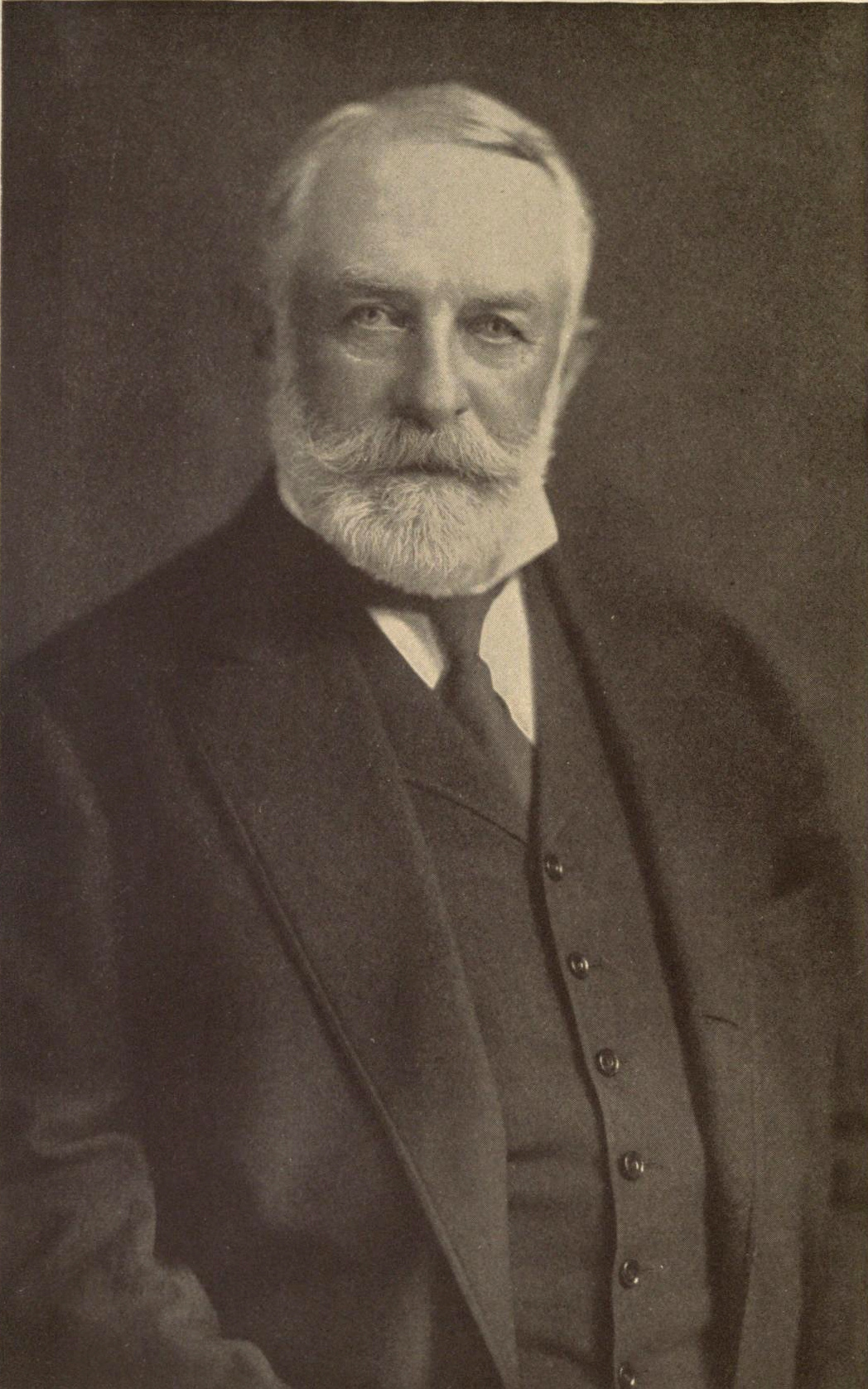 Henry Clay Frick (1849–1919) was born in West Overton, Pennsylvania, a hamlet about 40 miles southeast of Pittsburgh. His family was of German and Swiss ancestry.

Although Frick’s mother hailed from a prosperous family that owned a whiskey distillery, his father was unsuccessful in business.

Frick attended Otterbein College (now Otterbein University) in Westerville, Ohio, just north of Columbus, for a year, but did not receive a degree.

In 1871, at the age of 21, Frick joined with two cousins to found a small business, which concentrated on burning coal to create coke.

In 1880, Frick obtained a loan from his personal friend Andrew Mellon, with which he bought out his cousins’ shares in the coke business. The new company was called H.C. Frick & Company and under its auspices, Frick began to purchase coal mines.

Before long, Frick’s new company employed about 1000 workers and controlled some 80 percent of the coal production in the state of Pennsylvania.

The following year, in 1881, Frick got married. While honeymooning in New York City, he made the acquaintance of Andrew Carnegie.

This chance encounter led to a business partnership between the two men. Eventually, in 1901, H.C. Frick & Company merged with Carnegie Steel Company to form US Steel.

The merger was attractive to Carnegie because it ensured a reliable supply of coke to his steel factories. Eventually, though, the partnership soured and Carnegie began to pressure Frick to retire from active involvement in the Carnegie Steel Company.

In 1889, Frick was involved in a public controversy involving the disastrous Johnstown Flood of that year, which obliterated the town of Johnstown, Pennsylvania, and is thought to have killed more than 2200 souls.

Frick had been a prominent member of the exclusive South Fork Fishing and Hunting Club, which catered to the business elite of Pittsburgh and western Pennsylvania.

The Club’s facilities were located on a lake, now called Lake Conemaugh, which had been created by a dam—called the South Fork Dam—on the South Fork of the Little Conemaugh River. The lake lay about 14 miles upstream from Johnstown and at an elevation of 450 feet above the city.

It seems that the Club had arranged for certain modifications to be made in the dam. After the dam gave way, producing the flood, it was widely alleged that the modifications had contributed to the catastrophe.

An official inquiry by the American Society of Civil Engineers exonerated the Club and its members. However, the Society’s report was accused of being a whitewash.

Not long afterward, Frick was implicated in yet another public controversy involving considerable loss of life.

The Carnegie Steel Company had a factory in the Homestead neighborhood of Pittsburgh known as the Homestead Works. The Amalgamated Association of Iron and Steel Workers had organized the factory’s workers.

In 1892, the union called a strike. Frick personally intervened by calling in some 300 officers of the Pinkerton private security agency to protect replacement workers. A confrontation ensued between the Pinkerton agents and some of the striking workers who had armed themselves with rifles.

At least seven workers and three Pinkerton men were killed, and some 70 individuals sustained injuries.

About two weeks after the violent clash at Homestead, an assassination attempt was made on Frick’s life.

The Russian-born Jewish anarchist Alexander Berkman entered Frick’s office in downtown Pittsburgh and shot the industrialist twice at point-blank range, grappled with him, and stabbed him repeatedly in the leg with a sharpened file.

Though both bullets struck Frick in the neck and he bled profusely from his stab wounds, he survived and was back at his desk within a week.

Negative publicity from the attempt on Frick’s life cost the strikers much of the public sympathy they had gained from the battle with the Pinkerton men. After Berkman’s attack on Frick, the strike lost its momentum.

Berkman, who was once the lover of Emma Goldman, was sentenced to more than 22 years in prison, of which he served 14. He used his time in prison to pen Prison Memoirs of an Anarchist, published in 1912.

Frick was an avid collector of Old Master European paintings. Upon his death, he left his art holdings to the  City of New York, which established the superb “Frick Collection,” which is normally housed in Frick’s former New York residence, the Henry Clay Frick House, which he also donated to the City.

The Frick House is itself considered to be an architectural masterpiece.

Bailey, Colin B., Building the Frick Collection: An introduction to the House and Its Collections (2006).

Bridge, James H., The Inside History of the Carnegie Steel Company: A Romance of Millions (1903).