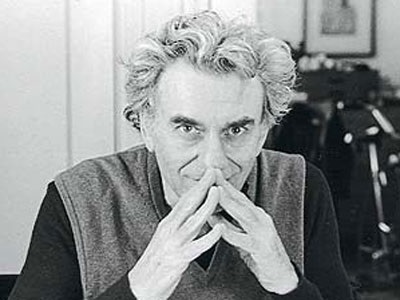 Hyman P. Minsky (1919–1996) was born in Chicago, Illinois, into a family of Jewish émigrés from what is now Belarus.

Minsky’s parents were active in the trade union movement and in socialist politics, both in the old country and in the US. They had been members of the Menshevik Party, a Russian revolutionary socialist party, which was a major rival of the Bolshevik Party. The Bolsheviks (“majority”) and Mensheviks (“minority”) had emerged from a split which occurred in the Social Democratic Labor Party (RSDLP) of imperial Russia in 1903.

The Bolsheviks, under the leadership of Lenin (Vladimir Ilyich Ulyanov), seized power in a coup d’état in October of 1917, as a result of which the Mensheviks lost most of their popular support, splitting into right-wing and left-wing factions. The right-Mensheviks joined forces with the monarchist Whites in resisting Bolshevik rule, unleashing the terrible Russian civil war.

As the civil war progressed, the remaining left-Mensheviks also came under increasing political pressure, causing many of their members to emigrate. The Party was officially banned in 1921.

While Minsky was still a child, the family relocated from Chicago to New York City, where he attended the public schools. He graduated in 1937 from George Washington High School in the Fort George neighborhood of far-northern Manhattan.

Minsky attended college at the University of Chicago, where he majored in mathematics, receiving his bachelor’s degree in 1941.

Minsky attended graduate school at Harvard University, where he first obtained a master’s degree in public administration (MPA) and then, in 1954, a PhD in economics.

During his doctoral studies, Minsky took courses with Joseph A. Schumpeter and Wassily Leontief, while Alvin H. Hansen—a prominent pupil of John Maynard Keynes—served as his dissertation adviser.

Minsky obtained his first academic position at Brown University in 1949, where he taught until 1957.

In 1957, Minsky moved to the University of California, Berkeley, where he held the title of Associate Professor of Economics until 1965.

That year, Minsky was appointed a full Professor of Economics at Washington University in St. Louis, where he remained until 1990.

In 1990, Minsky was appointed a Levy Institute Distinguished Scholar at Bard College, located in Annandale-on-Hudson, New York, a little more than 100 miles north of New York City. He remained in this position until his death in 1996.

Minsky is best known for his analysis of the role of the financial system in the capitalist economy, especially with respect to the cyclical instability of the system.

Minsky had long been a respected, post-Keynesian critic of capitalism, little known beyond the limits of academia.  However, the financial crisis of 2008 catapulted him to international fame after it became known that his theoretical contributions seemed to account for that otherwise inexplicable event.

The key point made by Minsky, which seemed to explain the 2008 crisis, was that the accumulation of debt by the private sector is the main driver of cyclical instability in the financial system and thus of the business cycle as a whole.

Minsky identified three classes of borrowing which cause an accumulation of debt that may lead to the insolvency of the whole economic system: hedge borrowing, speculative borrowing, and Ponzi borrowing. He conceptualized these categories dynamically as stages of an evolutionary process:

When the asset bubble bursts, bankruptcies may ripple from the primary borrowers to their lenders, to their lender’s lenders, and ultimately through the entire financial system, as nearly happened in 2008.

Minsky also developed a four-stage model of the development of capitalism, based on the main source of the financing of commercial activity and on what is being financed:

Minsky believed that the science of economics needed to create diverse explanatory frameworks for each of these four historical phases.

“The Financial Instability Hypothesis: An Interpretation of Keynes and an Alternative to ‘Standard’ Theory,” Nebraska Journal of Economics and Business, 16: 5–16 (1977),

Ferri, Piero, Minsky’s Moment: An Insider’s View on the Economics of Hyman Minsky (2019).

Hillen, Thomas and Marlene Klußmann, The Hyman P. Minsky Hypothesis. An Analysis and the Effect on the Subprime Crisis 2007(2014).

Lee, Frederic S. and Marc Lavoie, eds., In Defense of Post-Keynesian and Heterodox Economics: Responses to their Critics (2012).

Nasica, Eric, Finance, Investment and Economic Fluctuations: An Analysis in the Tradition of Hyman P. Minsky(2000).

Wray, L. Randall, Why Minsky Matters: An Introduction to the Work of a Maverick Economist (2015).