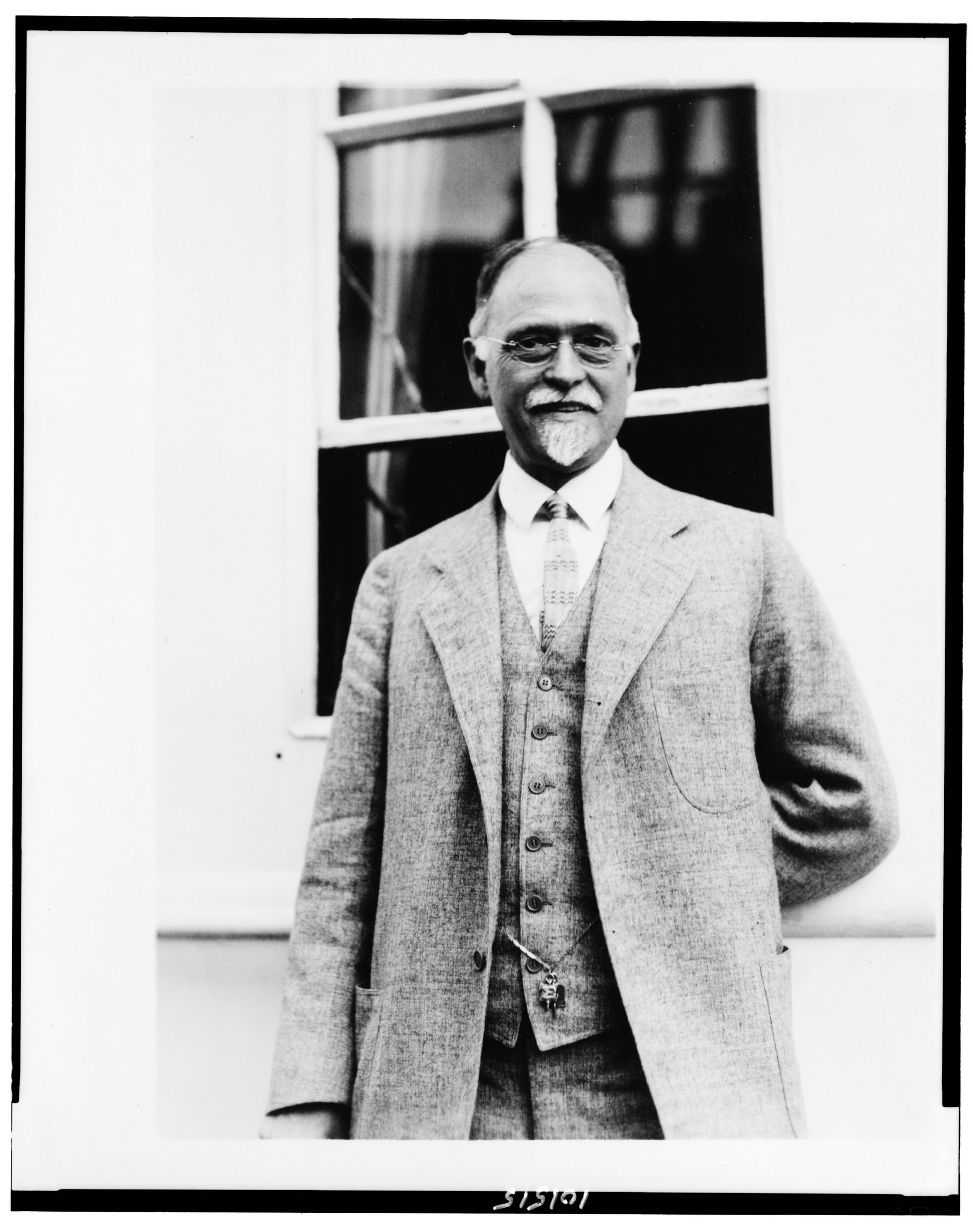 Fisher’s father was a schoolteacher, as well as an ordained minister of the Congregationalist Church.

For his higher education, Fisher attended Yale College in New Haven, Connecticut. His father died during his freshman year and Fisher had to help support both himself and his mother and brother, primarily by tutoring his fellow students.

In spite of his financial worries, Fisher flourished at Yale, being elected to the prestigious and secretive Skull and Bones Society and finishing first in his class.

Fisher had displayed exceptional talent for mathematics from an early age and initially majored in that subject in college. However, he eventually came to prefer economics as a more suitable vehicle for his academic ambitions and his concern for poverty and social justice.

Fisher obtained his bachelor’s degree in 1888. After spending some time studying in Paris and in Berlin, he returned to Yale to complete his graduate work.

In 1891, Fisher was the first person to receive a PhD from Yale University in the field of economics.

Fisher’s doctoral dissertation, entitled Mathematical Investigations in the Theory of Value and Prices (see “Selected Works Authored or Co-authored by Fisher” below), was published the following year, in 1892.

Among Fisher’s faculty advisers during his doctoral studies at Yale were the highly distinguished theoretical physicist, Josiah Willard Gibbs, and the eminent sociologist, William Graham Sumner.

Fisher spent his entire academic career at Yale University. Beginning in 1890, he began to work directly for the university as a tutor.

In 1898, Fisher obtained a regular professorship, which he held until his retirement in 1935, when he was given emeritus status.

Fisher was highly active professionally, serving as editor of the Yale Review—the oldest literary review in the US—between 1896 and 1910, and as president of the American Economic Association in 1918.

In recognition of Fisher’s mathematical achievements, the American Mathematical Society appointed him as Gibbs Lecturer for 1929. His Gibbs lecture, published the following year, was entitled “The Application of Mathematics to the Social Sciences” (see below).

Fisher was also one of the pioneers of the field of econometrics. In 1930, he co-founded the Econometric Society, with Ragnar Frisch and Charles F. Roos, and served as its first president.

Fisher was interested in a wide range of social issues, publishing books for the general public that advanced his views on such things as Prohibition, vegetarianism, and eugenics.

Finally, Fisher was a successful inventor, who sold a new type of filing system he had patented to the company that eventually became Remington Rand. Later in life, as a result of this invention, as well as success on the stock market, he became quite wealthy—for a time.

Unfortunately, Fisher made a very public prediction of continued vigor for the stock market only nine days before the Wall Street Crash of 1929, which unleashed the Great Depression. This poorly judged and worse-timed prediction made him a figure of fun in the public media.

Fisher’s personal fortune was severely hit by the Crash, but his professional reputation received an even worse blow. Only years later did his fellow economists forget his misstep and begin to show serious interest in his work once again.

In 1951, in his book Ten Great Economists from Marx to Keynes, Joseph A. Schumpeter called Fisher “the greatest economist the United States has ever produced.”

Fisher was one of the earliest American neoclassical economists, meaning that he took the primary causal forces driving the economy to be supply and demand, as refracted through the lens of personal subjective judgments of value, or “utility.”

Another basic element of the neo-classical approach, emphasized especially by Alfred Marshall and his followers, was the use of mathematics in order to provide formal models of hypothesized causal relationships.

Finally, post-classical theory usually included a commitment to the relatively unfettered operation of the market as the most efficient way to allocate resources throughout an economy.

In his support for these basic tenets of neo-classical thought, Fisher was to some extent following in the footsteps of John Bates Clark.

However, Fisher made many contributions of his own, in the form of analyses of specific phenomena—some of which went beyond the boundaries of earlier neo-classical theorizing. For example, the work that he did later in his career on debt deflation has been deemed to pave the way for what is now known as the “post-Keynesian school.”

Fisher started out very strong out of the gate. His doctoral dissertation already provided a rigorous mathematical development of the theory of general equilibrium.

When writing his dissertation, Fisher had not yet read Léon Walras and was not aware of the fact that he was to some extent re-inventing the wheel. However, Fisher’s version of general equilibrium theory did make some very significant contributions that neither Walras nor his Continental disciples had thought of.

Another area in which Fisher made conceptual breakthroughs was the theory of interest rates. He basic insight was that the usual neo-classical theory of subjective economic value was inadequate to understand interest rates, because the theory is static whereas the phenomenon at issue is highly dynamic.

In order to take time explicitly into account, Fisher reinterpreted the usual axes representing supply and demand in economics textbook diagrams in terms of the price of goods available at a future date (which he labeled “consumption next period”) relative to the price of the goods sacrificed now (“consumption now”), as measured by the interest rate.

The model Fisher built out of these elements had great analytic power and provided insight into the real-world movements of prices and interest rates. He initially presented the model in his book, The Theory of Interest, published in 1907 (see below), and refined it in several subsequent publications.

During the latter part of his career, Fisher concentrated on the theory of money and the ways in which government monetary policy may impact the welfare of society as a whole.

Mathematical Investigations in the Theory of Value and Prices (1892).

The Purchasing Power of Money: Its Determination and Relation to Credit, Interest, and Crises, with Harry G. Brown (1911).

The “Impatience Theory” of Interest; A Study of the Causes Determining the Rate of Interest (1911).

Why is the Dollar Shrinking? A Study in the High Cost of Living (1914).

The Theory of Interest as Determined by Impatience to Spend Income and Opportunity to Invest (1930).

Booms and Depressions: Some First Principles (1932).

The Debt-Deflation Theory of Great Depressions (1933).

100% Money: Designed to keep checking banks 100% liquid; to prevent inflation and deflation; largely to cure or prevent depression; and to wipe out much of the National Debt (1935).

Gayer, Arthur D., ed., The Lessons of Monetary Experience: Essays in Honor of Irving Fisher (out of print) (1937).

Loef, Hans-Edi and Hans G. Monissen, eds., The Economics of Irving Fisher: Reviewing the Scientific Work of a Great Economist (1999).