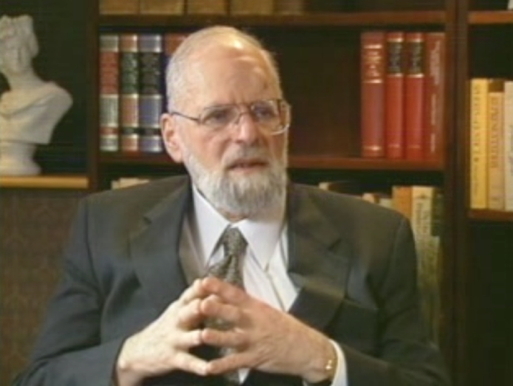 Israel M. Kirzner (b. 1930) was born in London. His father was a distinguished rabbi and Talmudist.

The Kirzner family emigrated to South Africa during Kirzner’s childhood and later relocated once again to Brooklyn in New York City in the US.

Kirzner then went on to obtain his MBA in 1955 from New York University (NYU), and is PhD in 1957 from the same institution. He wrote his doctoral dissertation at NYU under the supervision of the great Austrian economist, Ludwig von Mises.

Kirzner’s doctoral dissertation was published as his first book, The Economic Point of View, in 1960 (see “Selected Works by Kirzner” below).

Kirzner is currently Emeritus Professor of Economics at NYU.

Kirzner is also a Talmudic scholar and ordained rabbi, who for many years served the same Brooklyn congregation once headed by his father.

During his undergraduate and graduate education in economics at Brooklyn College and NYU, Kirzner was also studying at the Yeshiva Rabbi Chaim Berlin in Brooklyn, under the distinguished scholar Rabbi Yitzchok (Isaac) Hutner.

However, Kirzner’s most important contribution to economics is undoubtedly his novel theory of entrepreneurship, which was first presented in his book, Competition and Entrepreneurship, published in 1973 (see below).

The traditional view of the entrepreneur that Kirzner critiqued was that of Joseph A. Schumpeter.

Though Schumpeter is sometimes associated with the Austrian school, his views were largely in line with the assumptions of neo-Classical, Walrasian economics, one of whose principal assumptions is that the natural state of the economy is one of equilibrium.

Schumpeter’s view of the entrepreneur was developed against this background. Namely, he saw the entrepreneur was someone who upset the existing economic equilibrium by injecting his own ideas into the market from the outside, as it were. He famously summarized his view by the phrase, “creative destruction.”

Kirzner basically stood Schumpeter’s vision of the role of the entrepreneur on its head. Like most Austrian economists, he stressed that equilibrium should only be expected under ideal conditions without any exogenous shocks to the system. Such an equilibrium seldom, if ever, exists in reality.

This means that the entrepreneur is not creating the disturbance, rather he is taking advantage of it. In Kirzner’s own words:

. . . what appear to be disruptions aren’t disruptions at all. They are simply the revealing of misallocations that were there before.

Thus, on Kirzner’s view, the role of the entrepreneur is to combine goods and information already present in the market into a more efficient configuration. He actualizes a way of doing things which was already present in potentiality. In so doing, he helps to move the economy closer to equilibrium, not farther away from it—just the opposite of what Schumpeter taught.

Another contribution Kirzner made was to the theory of capital. On his view, capital is no more objective than labor; rather, it represents the subjective values, plans, and forecasts of its owner.

The Economic Point of View: An Essay in the History of Economic Thought (1960; second edition, 1976).

Perception, Opportunity and Profit: Studies in the Theory of Entrepreneurship (1979).

Perils of Regulation: A Market Process Approach (out of print) (1979).

Prime Mover of Progress: The Entrepreneur in Capitalism and Socialism: Papers on the Role of the Entrepreneur, with others (1980).

Discovery and the Capitalist Process (out of print) (1985).

The Meaning of Market Process: Essays in the Development of Modern Austrian Economics (1992).

Essays on Capital and Interest: An Austrian Perspective (1996).

The Driving Force of the Market: Essays in Austrian Economics (2000).

Austrian Subjectivism and the Emergence of Entrepreneurship Theory, edited by Peter J. Boettke and Frédéric Sautet (2015).

The Essence of Entrepreneurship and the Nature and Significance of Market Process, edited by Peter J. Boettke and Frédéric Sautet (2018).

Reflections on Ethics, Freedom, Welfare Economics, Policy, and the Legacy of Austrian Economics,edited by Peter J. Boettke and Frédéric Sautet (2019).

Subjectivism, Intelligibility, and Economic Understanding: Essays in Honor of Ludwig M. Lachmann on his Eightieth Birthday (1986).

Classics in Austrian Economics: A Sampling in the History of a Tradition, Volume 1: The Founding Era (1994).

Classics in Austrian Economics: A Sampling in the History of a Tradition, Volume 2: The Interwar Period (1994).

Classics in Austrian Economics: A Sampling in the History of a Tradition, Volume 3: The Age of Mises and Hayek (1994).

Korsgaard, Steffen, Henrik Berglund, Per Blenker, and Claus Thrane, “A Tale of Two Kirzners: Time, Uncertainty, and the ‘Nature’ of Opportunities,” Entrepreneurship Theory and Practice, 40(4): 867–889 (2016).

Nell, Guinevere Liberty, The Driving Force of the Collective: Post-Austrian Theory in Response to Israel Kirzner (2017).