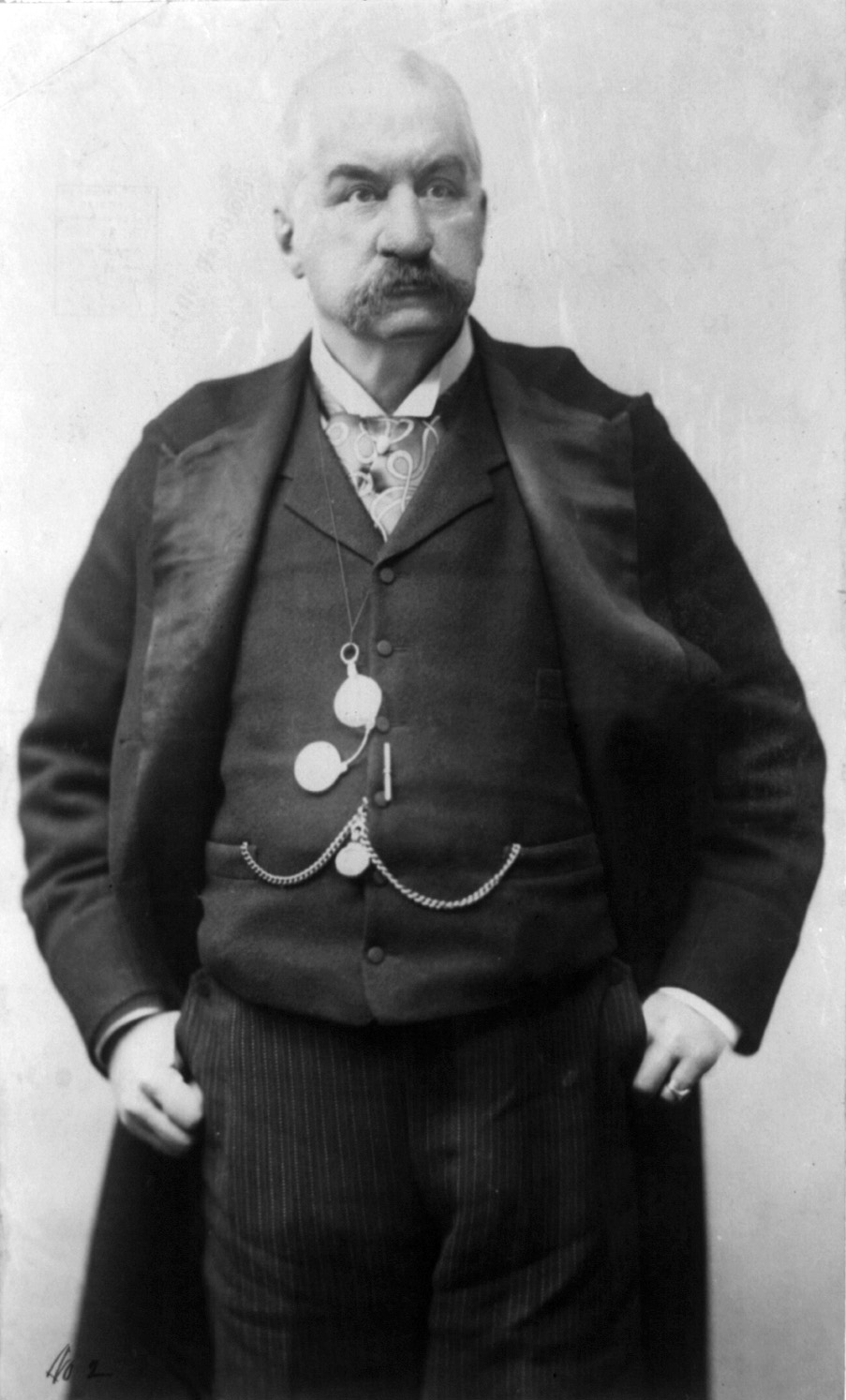 While Morgan preferred his family and friends to use the name “Pierpont” rather than “John,” to the outside world he was mainly known as “J.P. Morgan.”

Morgan’s mother, née Juliet Pierpont, was the daughter of John Pierpont, who was a teacher, lawyer, merchant, Unitarian minister, and man of letters. He was the author of the once well-known poem “Airs of Palestine,” first published in 1816.

Early on, Morgan was educated in Hartford’s public schools. Later, he was sent to the Episcopal Academy in Cheshire, Connecticut, a town adjacent to Waterbury, south of Hartford. The school is now known as Cheshire Academy.

In 1851, when he was 14 years old, Morgan transferred to the prestigious English High School of Boston for his secondary education.

The following year, in 1852, Morgan came down with rheumatic fever and was sent to the Azore Islands off the coast of Portugal to recuperate. He was plagued by recurring bouts of rheumatic fever for the rest of his life, which often left him in such pain that he could not get out of bed.

After a year spent resting and breathing the sea air in the middle of the Atlantic Ocean, Morgan was restored to health and returned to Boston.

Morgan’s father wanted his son to learn foreign languages, which he felt would come in handy in his future career in the family banking business. Therefore, after graduating from English High School, Morgan spent the next year in a French-speaking Swiss prep school located in La Tour-de-Peilz, a village on the northeastern shore of Lake Geneva between Montreux and Vevey.

After Switzerland, Morgan’s father wanted Pierpont to study in Germany. Accordingly, the young man enrolled in the University of Göttingen, where he became fluent in German and took a degree in art history, completing his formal education.

In 1857, Morgan’s first job was with a bank in London that his father co-owned with George Peabody.

The following year, Morgan moved to New York City, where he went to work for another bank owned by Peabody.

Young as he was (21), Morgan was already taking the initiative. Just before the US Civil War broke out, he purchased 5000 rifles from a military arsenal and resold them to a general in the field at a 500% markup on each weapon.

During the war, too, Morgan set up his first business, J. Pierpont Morgan & Co., which acted as New York agent for his father’s bank.

Next, from 1865 until 1871, Morgan worked as an apprentice with yet another New York bank that his father owned together with a partner, in this case Anthony J. Drexel.

In 1895, Drexel died, and Morgan renamed the firm J.P. Morgan & Co., which maintained close ties with both Drexel & Co. in Philadelphia and his father’s banks in London and Paris.

Another of his important business partners from this period was George W. Perkins, a friend of President Theodore Roosevelt.

By the beginning of the twentieth century, Morgan’s banking empire was one of the most powerful in the world.

Morgan pioneered the process of buying out failing businesses, firing the old management team, restructuring and reorganizing them, and returning them to profitability.

In addition to banking and finance, Morgan gradually expanded into many other sectors of the economy, notably, the railroad and steel industries.

Morgan had also been dabbling in politics for some time. For example, in 1895, the US Treasury had practically run out of gold, when Morgan entered into an arrangement with President Grover Cleveland according to which the Houses of Morgan and Rothschild made a special transfer of 3.5 million ounces of gold to the Treasury in return for a special 30-year bond issue.

Morgan also coordinated with the Roosevelt administration in helping to mitigate the negative economic effects of the Panic of 1907.

Morgan was a major collector of books, paintings, gemstones, and various other objets d’art. He loaned or donated much of his collection to the New York’s Metropolitan Museum of Art (“the Met”).

Chernow, Ron, The House of Morgan: An American Banking Dynasty and the Rise of Modern Finance (1990).

Gittelman, Steven H., J.P. Morgan and the Transportation Kings: The Titanic and Other Disasters (2012).

Gross, Michael, Rogues’ Gallery: The Secret History of the Moguls and the Money That Made the Metropolitan Museum (2009).

MacGregor, J.R., J.P. Morgan – The Life and Deals of America’s Banker: Insight and Analysis into the Founder of Modern Finance and the American Banking System (2019).

Molesworth, Charles, The Capitalist and the Critic: J. P. Morgan, Roger Fry, and the Metropolitan Museum of Art (2016).