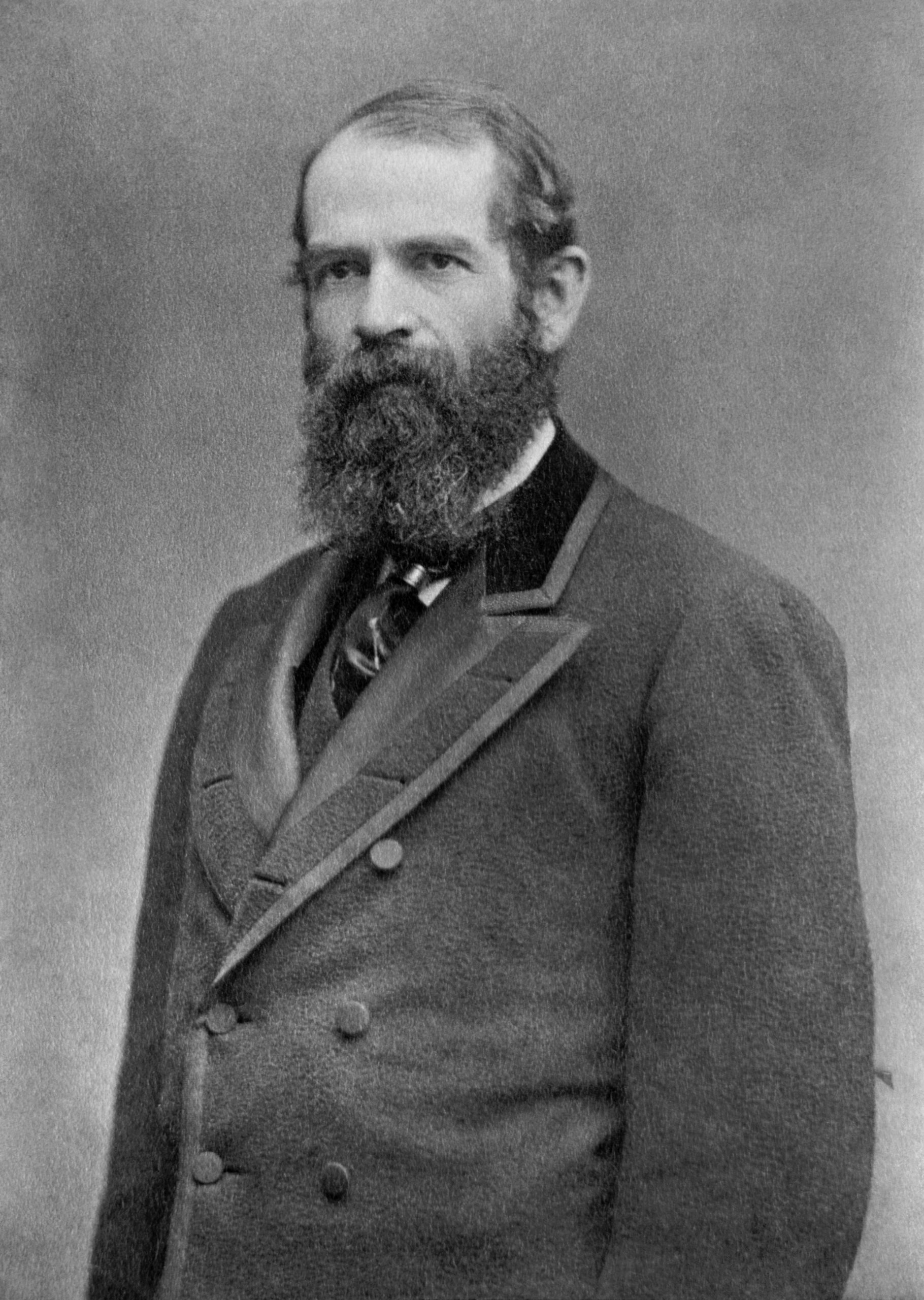 Jason Gould (1836–1892), universally known as “Jay,” was born in Roxbury, New York, a village in upstate New York about 130 miles west of the Hudson River port town of Catskill.

Gould’s father was a farmer, although his mother’s family were well-to-do. She was the granddaughter of John Taylor More, a Scottish immigrant who became a wealthy businessman and the founder of the town of Moresville, New York, near Roxbury. (Today, Moresville is known as “Grand George.”)

As a young boy, Gould made it clear to his father that he did not wish to be a farmer and was allowed to attend grammar school.

A little later, to acquire a secondary education Gould put himself through a private academy in nearby Stamford, New York, by doing bookkeeping.

After leaving school, Gould was able to get a full-time job working as a bookkeeper for a butcher, who eventually offered Gould a half-interest in his business.

During this period, Gould read voraciously during his free time, especially in the fields of mathematics and surveying.

In 1854, Gould obtained a contract to survey and create maps of Ulster County, New York, west of Pougheepsie. Around the same time, he began a writing project, which produced a book, History of Delaware County and Border Wars of New York (see below), that was published in 1856.

Thirdly, Gould became involved in financing the production of woodash for use in making tannin, which is used in tanning leather. This eventually led him, together with a partner, to set up his own tannery in a location south of Scranton, Pennsylvania, in what became many years later the town of Gouldsboro.

Other businesses that Gould originated at this time included harvesting winter ice from a large lake near the tannery and a railroad line which he installed to carry the ice to New York City. This was the first of Gould’s many investments in railroads.

Gould rapidly became an astute financial speculator. For example, during the Panic of 1857 he purchased a majority share of stock in the Rutland and Washington Railroad for 10 cents on the dollar.

During the Civil War, Gould continued to buy up railroads, especially in New York City and upstate New York. In 1863, he took over the Rensselaer and Saratoga Railroad.

During the decade between 1859 and 1869, Gould took part in a bitter legal fight with Cornelius Vanderbilt and others over control of the lucrative Erie Railroad.

During this same period, Gould and his business partner James Fisk made a political alliance with the Tammany Hall machine that ran New York City, appointing William M. Tweed—better known as “Boss Tweed”—as the formal Director of the Erie Railroad. In return, Tweed pulled strings to arrange the New York legislature to pass laws which had the effect of consolidating Gould’s control of the Erie.

All of these sharp practices were merely a prelude to the incident that established Gould’s reputation in the mind of the public as an all-powerful but utterly unscrupulous captain of industry—a so-called “Robber Baron.” We are alluding to Gould’s essential role in the Gold Panic of 1869, better known at the time as “Black Friday.”

In 1869, Gould hatched a scheme, which consisted in cornering the market on gold in order to put upward pressure on the price of wheat and thus on the amount of wheat that Midwestern farmers would grow for sale to the market.

The ultimate purpose of Gould’s maneuverings on the commodity exchanges was to generate increased cargo for the Erie Railroad to help expand the railway’s business westward. An key part of the plan included behind-the-scenes pressure on President Ulysses S. Grant by his brother-in-law, who was secretly in cahoots with Gould.

Gould’s plan fell apart when panic selling set in on Black Friday (September 24, 1869) and the price of gold fell drastically. However, he had had the foresight to “go short” as a hedge against his own attempt to corner the market in gold.

Though Gould emerged from the Black Friday fiasco intact financially, his reputation as a businessman never recovered. He became a household name for the corruption and arrogance of big business and caricatured of him done by the artist Thomas Nast were widely published.

Gould’s control over the Erie Railroad remained precarious and in 1873 he cooked up yet another scheme to try to consolidate it.

Gould arranged for an infusion of capital into the railroad through the intermediation of a supposed British nobleman named Lord Gordon-Gordon, then living in Canada. However, Gordon-Gordon, who was supposed to receive $1 million in kickbacks, turned out to be an impostor and a conman.

When Gould found out the truth about Gordon-Gordon, he fielded a small party, which crossed the border into Canada in order to take the man into custody. Gould and his friends succeeded in kidnapping Gordon-Gordon. However, the Canadian police arrested them all and put them in prison without bail, causing an international incident.

After negotiations between the US and Canadian governments, Gould and his friends were granted bail and released from prison, while the Gordon-Gordon was ordered to be deported to the US. The latter committed suicide, however, before the deportation could be carried out.

Once again, Gould somehow emerged from this farcical scandal with his basic business position unaffected.

In the meantime, Gould had not been idle on other business fronts. In 1881, he branched out into a new type of business, obtaining a controlling interest in Western Union Telegraph Company.

During this entire period, Gould had continued to buy up railroads throughout the West. During the Panic of 1873, he acquired the Union Pacific for a song, and in 1879 he added the Missouri Pacific to his already-extensive holdings.

It is estimated that, by 1882, Gould controlled some 15 percent of all the railway tracks in the US.

Upon his death, it is estimated that Gould left a fortune of some $72 million, which would be approximately equivalent to $2.17 billion in 2022.

In his will, Gould left his entire fortune to his family.

History of Delaware County and Border Wars of New York (1856).

Brands, H.W., The Money Men: Capitalism, Democracy, and the Hundred Years’ War Over the American Dollar (2007).

White, Trumbull, The Wizard of Wall Street and His Wealth, or the Life and Deeds of Jay Gould (1892).