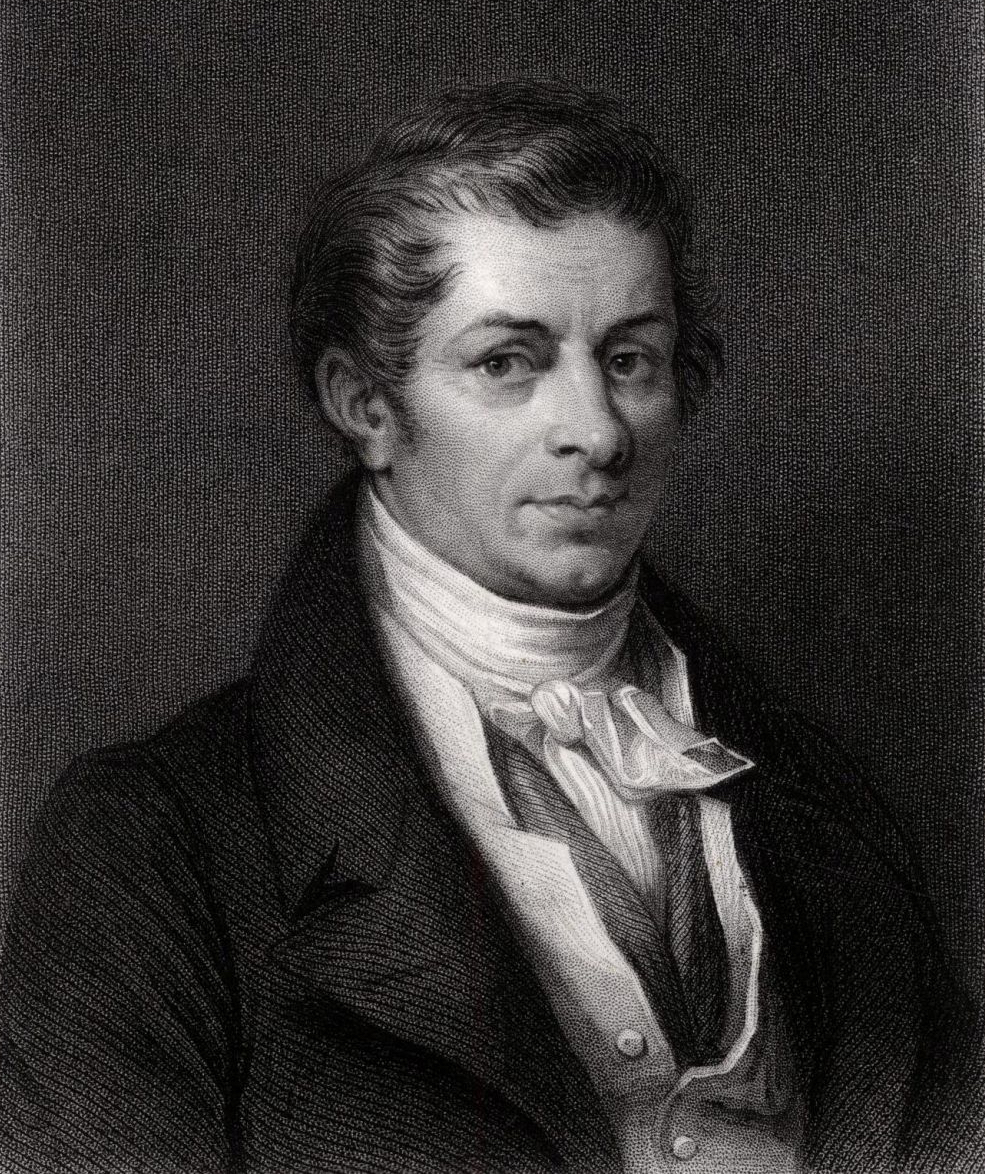 The Say family was originally from Nîmes, but after the Revocation of the Edict of Nantes in 1685, they fled to Switzerland. The family settled in Geneva, where Jean-Baptiste’s father, Jean-Étienne, was born.

The elder Say was a businessman who specialized in the silk trade. He wanted Jean-Baptiste and his brother to be educated to take part in his own business. For this reason, he preferred that his sons be apprenticed in trade immediately upon completing their secondary education, rather than attend college.

In 1785, Jean-Étienne sent his boys to live in the environs of London for two years, to study British business practices—widely acknowledged to be the best in the world.

During his stay in London, Jean-Baptiste was apprenticed with two different major sugar merchants.

In the meantime, Say’s father resettled the family in Paris, where Jean-Baptiste joined them in 1786.

For the next three years, Say worked for a life insurance company in Paris run by Étienne Clavière, the revolutionary government’s finance minister. Say won Clavière’s confidence, even serving for a time as his personal secretary.

During this period, Say became interested in politics, publishing his first work—a pamphlet supporting the freedom of the press—in the revolutionary year of 1789.

Through his employer Clavière, Say made the acquaintance of Honoré Gabriel Riqueti, Comte de Mirabeau, a prominent supporter of the Revolution. Mirabeau took Say under this wing, putting him to work on his widely read magazine, Courrier de Provence.

Mirabeau was a moderate who advocated a constitutional monarchy. He was fortunate enough to die in his bed in 1791, before the worst of the Terror, which otherwise would likely have cost him his life.

After briefly taking part in fighting in Champagne province in 1792—and after the arrest of Clavière in 1793 on the order of Robespierre and Clavière’s suicide in prison to cheat the guillotine—Say retreated to the countryside to hunker down and sit out the worst of the Terror.

Say ventured forth again soon. In 1794 he invested money in a new philosophical magazine called Décade philosophique, littéraire et politique, which he also edited and used as a vehicle for publishing essays of his own. Say’s articles continued to appear in the Décade until 1799.

He published his first book, Olbie, in 1800. This book emphasized the importance of the moral behavior of a country for its political economy.

Say’s magnum opus, his Traité d’économie politique [Treatise of Political Economy], appeared in 1803. Napoleon himself took an interest in the book, demanding revisions before allowing it to be published, but also offering Say employment in his government, which Say politely declined.

Around this time, Say also invested in a cotton-spinning factory. Within a decade, he was employing some 400 souls in his factory.

In 1814, Say made another trip to England, where he met Thomas Malthus, James Mill, Jeremy Bentham, and David Ricardo. During a visit to Scotland, he made a point of seeking out and sitting in a chair that Adam Smith had once used at the University of Glasgow.

By 1820, Say’s Treatise had undergone two more editions. The book was also rapidly translated into several languages, making its author widely known, despite his lack of any regular academic connection.

Finally, Say was given the chair of industrial economy at the Conservatoire National des Arts et Métiers [National Conservatory of Arts and Crafts], which had  been founded in Paris during the Revolution. He lectured there for the next decade or so.

Then, only a year before his death, in 1831, Say was awarded the chair in political economy at the far-more-prestigious Collège de France (founded in 1530), providing a fitting capstone to his unusual career.

The first was to provide—especially through his most-popular work, the Treatise—one of the main conduits by which the ideas of Adam Smith and his followers made their way into France.

There was, of course, a homegrown French tradition of economic liberalism known as the “Physiocrats,” but British classical economic liberalism was both more comprehensive and more rigorously argued. In this way, thanks to Say, the native French liberalism found a sizable infusion of new intellectual vigor.

The second important role that Say played in history is his articulation of the general economic principle that eventually came to be known as “Say’s Law” in his honor.

Say’s Law may be summed up by the formula (which we owe to John Maynard Keynes): “supply creates its own demand.” It is to be understood that the principle is only valid in the aggregate and over the long run.

In a sense, Keynes’s entire body of work may be seen as an attempt to refute Say’s Law, by showing that demand, not supply, is the most important factor in the business cycle and in economic performance more generally.

It was on the victory of Keynes over Say, so to speak, that the entire era of centralized control in the mixed economies of the industrial European countries was predicated, beginning with the Great Depression and continuing right through world War II up until the 1970s.

After all, if Say was wrong and Keynes was right—that is, if aggregate demand is what matters most—then it makes sense that government intervention in the form of “stimulus” (infusion of money into the economy) ought to work.

On the other hand, if Keynes was wrong and Say was right, then supply was what was most important, and government micromanagement of the economy in the form of “stimulus” was counterproductive.

In this sense, Say’s Law lay at the theoretical foundation of the revolution in economic thinking that began to take hold in the 1980s and which came to known as “supply-side economics,” or “Reaganomics” (because it was advocated by US President Ronald Reagan).

During the following three decades—roughly until the stock market collapse of 2008—encouraging steady growth in supply came to be seen as the secret to sustained economic growth.

And what was the best way to foster the supply side of the economy? The answer was given by the basic formula of classical economic liberalism—reduce taxes, repeal regulations, and remove barriers to free trade—which Jean-Baptiste Say did so much to propagate beyond the shores of its original British home:

De l’Angleterre et des Anglais [On England and the English] (1815).

Hollander, Samuel, Jean-Baptiste Say and the Classical Canon in Economics: The British Connection in French Classicism (2005).