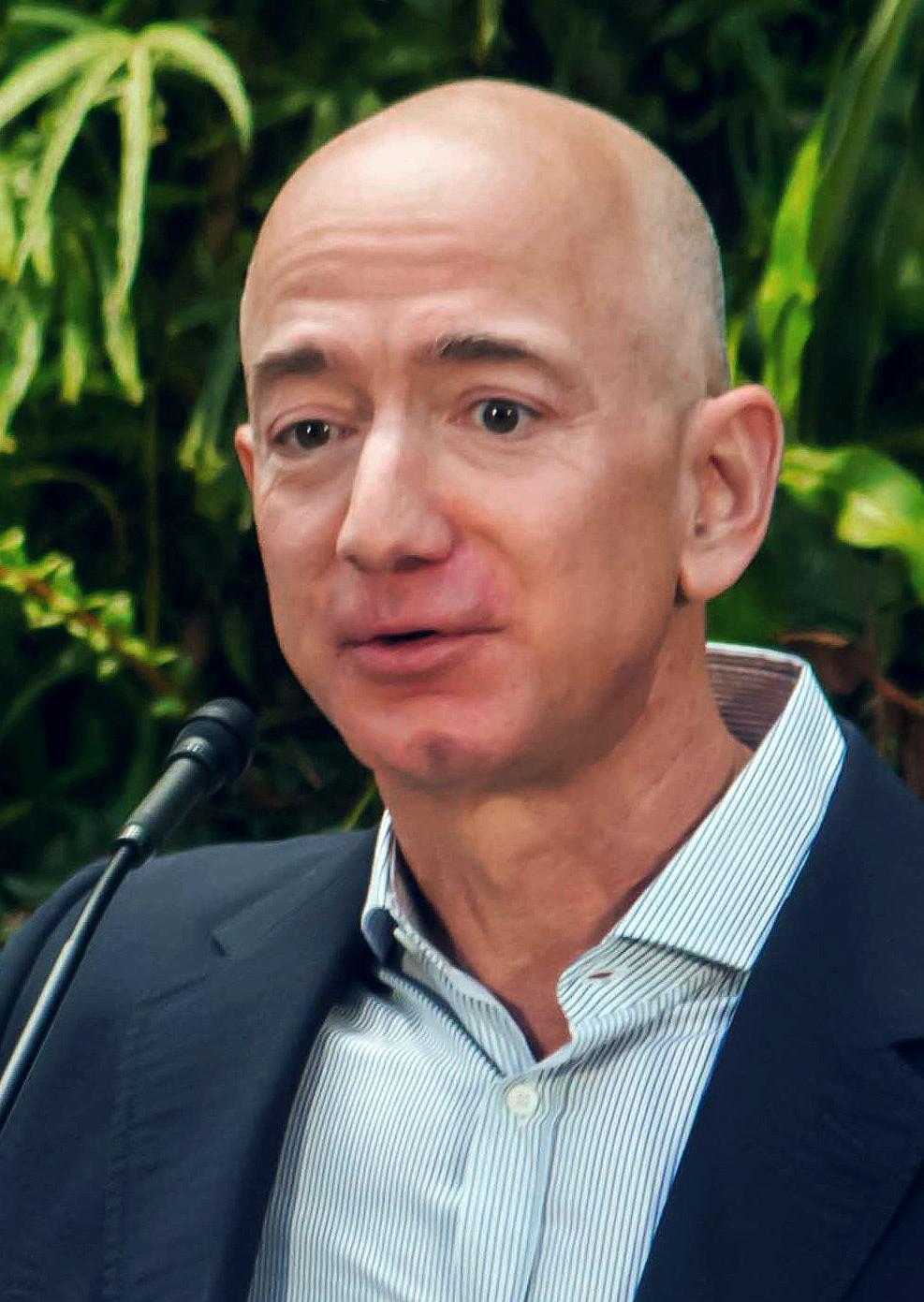 Bezos’s parents were Jacklyn Gise, whose father was a regional director of the US Atomic Energy Commission (AEC) in Albuquerque, and Theodore (“Ted”) Jorgensen, a man of Danish ancestry who was born in Chicago.

Bezos’s parents divorced in 1966, when he was only two years old.

Two years later, in 1968, Bezos’s mother remarried a man named Miguel (“Mike”) Bezos, a Cuban immigrant, who was a student at the University of New Mexico. That same year, Miguel adopted Jacklyn’s baby.

After the elder Bezos completed his degree, the family relocated to Houston, Texas, where Miguel took a job as an engineer with the Exxon Corporation.

Jacklyn’s father owned a ranch near Cotulla, Texas, a town in the Rio Grande Valley about halfway between San Antonio and Laredo. As a boy, Jeff frequently spent his summers on his grandfather’s ranch.

During his high school years, the young Bezos worked part-time as a short-order cook with McDonald’s.

Bezos was a superior student, taking science courses at the University of Florida while he was still in high school and ultimately graduating valedictorian in 1982.

After obtaining his bachelor’s degree, Bezos turned down job offers from Intel Corporation, Bell Labs, and others, to go to work for Fintel, a financial-technology telecommunications startup.

After a couple of years with Fintel, Bezos decided to make a move to the banking industry. In 1988, he accepted a job with Bankers Trust, where he worked as a product manager until 1990.

Four years later, in 1994, the company made Bezos a senior vice-president. He had just turned 30.

Despite the meteoric trajectory of his banking and financial industry career, Bezos was dissatisfied with working for someone else and was keeping his eye out for a chance to create his own company.

Bezos has said that in 1993 he read a news article about the exponential growth of the Internet. He decided this growth represented a golden commercial opportunity and decided to try his luck with a startup in online retail sales. He settled on the concept of an online bookstore.

Because D.E. Shaw & Co. was headquartered in New York City, that is where Bezos was living when he decided to leave the company.

After doing the requisite research, Bezos found that the state of Washington would enable him to operate his company with a very low overhead due to its minimal sales taxes.

In 1995, Bezos registered his new company in the city of Bellevue, Washington—on the eastern shore of Lake Washington, directly across the from Seattle, and coincidentally the headquarters of Bill Gates’s Microsoft.

Bezos was clear-eyed about the risks of his undertaking, telling early investors that he estimated the chances of their losing their money at 70%.

Far from losing their investment, they became multi-millionaires.

From the outset, Bezos intended to sell many different products. Within three years, his success with the online bookstore allowed him to begin expanding the company’s operations to other product lines, beginning with music and video.

A large part of Bezos’s business strategy was to buy up smaller competitors in the various product niches he was expanding into.

Invent and Wander: The Collected Writings of Jeff Bezos, edited by Walter Isaacson (2020).

Jeff Bezos: In His Own Words; Taken from Interviews and Podcasts, edited by Raphael Afil (2021).

Selected Books About Bezos and Amazon

Anderson, Steve and Karen Anderson, The Bezos Letters: 14 Principles to Grow Your Business Like Amazon (2019).

Davenport, Christian, The Space Barons: Elon Musk, Jeff Bezos, and the Quest to Colonize the Cosmos (2018).

MacGregor, J.R., Jeff Bezos: The Force Behind the Brand: Insight and Analysis into the Life and Accomplishments of the Richest Man on the Planet (2018).

Pandey, Sangeeta, The Making of the Greatest Jeff Bezos (2019).

Stone, Brad, The Everything Store: Jeff Bezos and the Age of Amazon (2013).

Stone, Brad, Amazon Unbound: Jeff Bezos and the Invention of a Global Empire (2021).