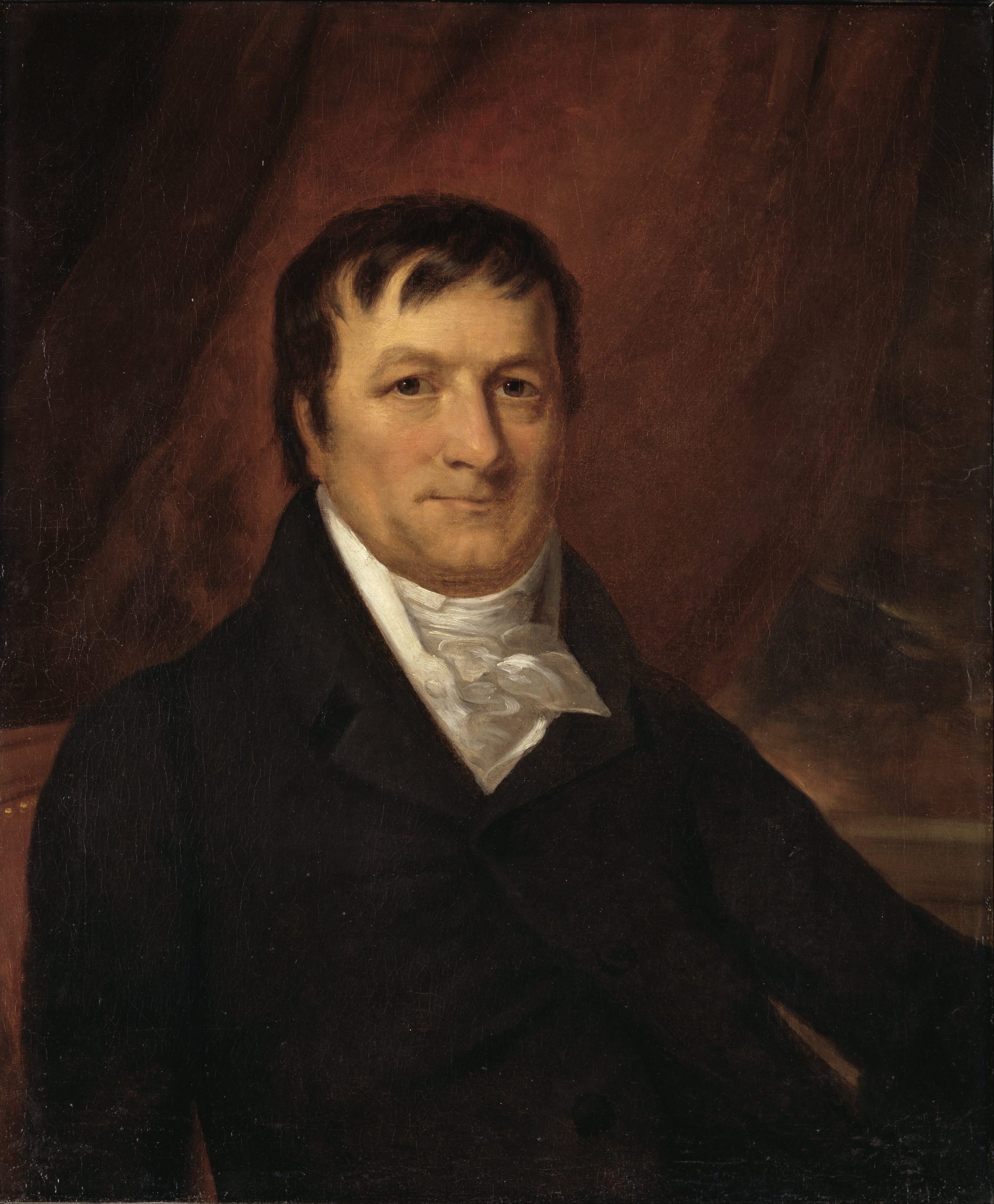 John Jacob Astor (1763–1848) was born “Johann Jakob Astor” in the town of Walldorf just south of Heidelberg, in what was then the Electoral Palatinate—a constituent part of the Holy Roman Empire—and now lies in the state (Land) of Baden-Württemberg in the southwestern corner of the Federal Republic of Germany.

Astor’s father ran a butcher shop and a dairy business.

In 1779, at the age of 16, Johann Jakob went to England to join an older brother, who had already made the journey to work for an uncle who was part-owner of the London-based business, Astor & Broadwood, which specialized in the manufacture of pianos and flutes.

In short order, Johann Jakob had learned English and changed his name to “John Jacob.”

Following the conclusion of the American Revolutionary War between England and its North American colonies in 1783, Astor decided to seek new opportunities by emigrating to the New World. He arrived in Baltimore Harbor in 1784.

Astor wasted no time in establishing himself in his adopted country, marrying the daughter of his first landlady the next year, in 1785.

Once married, Astor soon joined another brother, who was already running a butcher shop in New York City.

However, a chance encounter with a fur trader inspired Astor with a different idea. He soon set himself up in his own business, which engaged in buying animal skins from Native American sellers and sending them to London for sale at an enormous profit.

By the end of the 1780s, Astor had opened a retail shop in Manhattan dealing in finished fur coats, hats, and other items of clothing.

On a trip back to London, Astor entered into a contract with the Montreal-based North West Company, then the main competitor to London’s venerable Hudson’s Bay Company.

Thanks to this contract, Astor’s business achieved a much wider scope, with furs coming in from throughout the Northwoods via Montreal and being sent on, not just to London, but to other European capitals, as well.

In 1808, Astor established his own American Fur Company to compete head-to-head with the North West Company and the Hudson’s Bay Company. He soon established control over fur trading in the Great Lakes region, as well as the Columbia River basin in the Pacific Northwest.

In 1811, Astor’s Pacific Fur Company established the settlement of Astoria, which today is the oldest town in the state of Oregon.

During this same period, Astor began to take part in the maritime trade with China in furs, teas, and sandalwood. In 1816, he was briefly involved in smuggling opium to China, as well.

Beginning 1799, Astor had also begun to deal in real estate. During the decade of the 1830s, he became intimately, and very profitably, involved in the development of the northern part of the island of Manhattan.

In his last decade or so, Astor withdrew from most of his day-to-day business activities and devoted himself to philanthropy.

Among Astor’s many charitable acts was a large gift which helped to found what is now the New York Public Library.

Perhaps most impressive of all was the support Astor provided to John James Audubon, which helped him to complete his masterpiece, the magnificent The Birds of America, originally published in  installments between 1827 and 1838.

At the time of his death in 1848, Astor was the wealthiest individual in the US.

Gerbhard, Elisabeth L., The Life and Ventures of the Original John Jacob Astor (1915).

Irving, Washington, Astoria: Or, Anecdotes of an Enterprise Beyond the Rocky Mountains (1836).

Stark, Peter, Astoria: Astor and Jefferson’s Lost Pacific Empire: A Tale of Ambition and Survival on the Early American Frontier (2015).