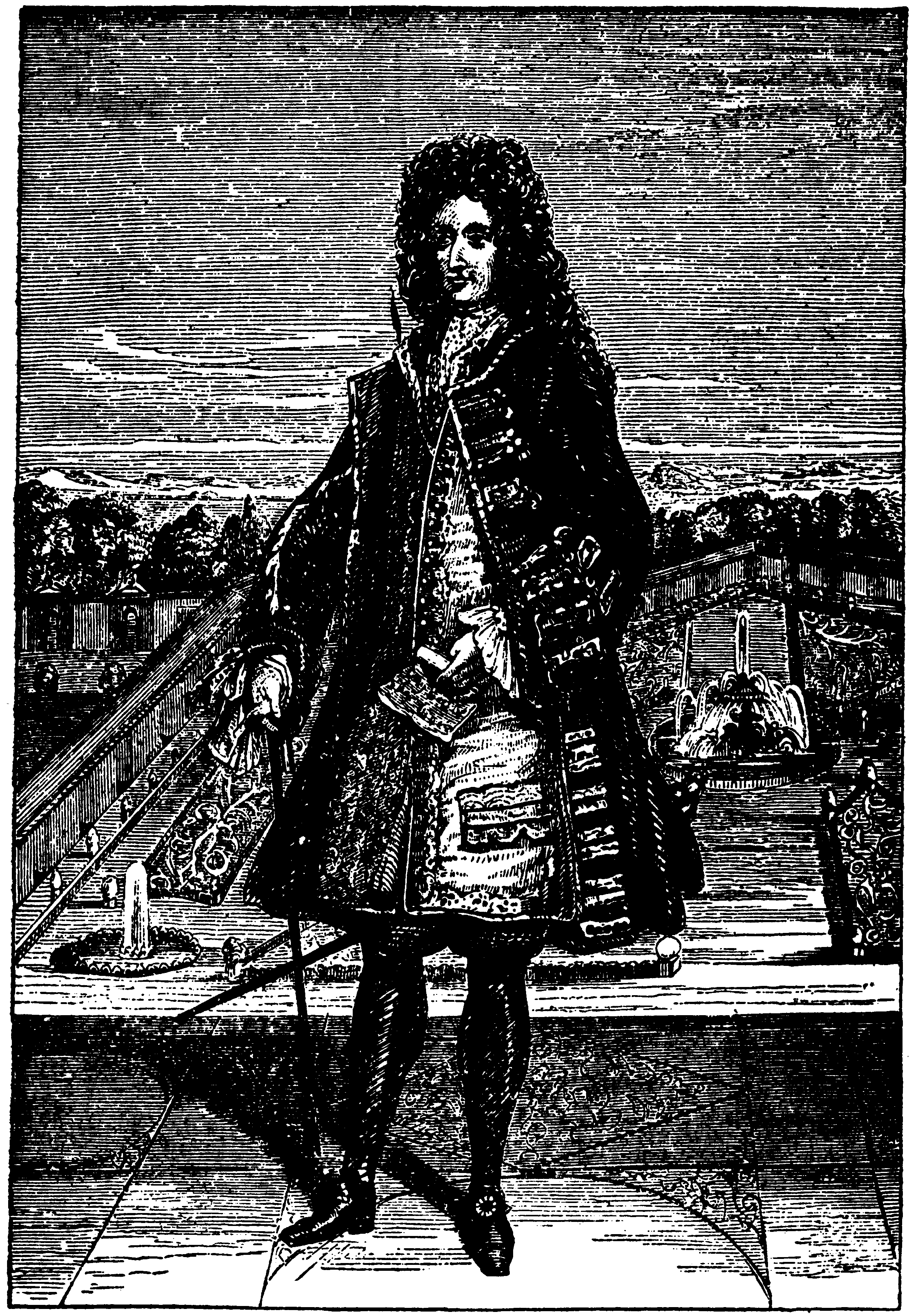 John Law (1671–1729) was born in Edinburgh, Scotland. His father was a banker who was also a member of the landed aristocracy.

The Law family seat was at Lauriston Castle in Cramond, just west of Edinburgh on the Firth of Forth. For this reason, the economist and adventurer was often referred to as “John Law of Lauriston.”

Upon graduating from secondary school in Edinburgh at the age of 14 (as was customary then), Law joined his father’s firm, where he worked as an apprentice in the banking profession for the next three years.

In 1688, Law’s father died. Over the next few years, Law lived in London, where he indulged in a dissipated life, including heavy gambling losses and a duel over a woman.

In the duel, which he fought in 1694, Law killed his opponent with a single sword thrust. Law was arrested, tried at the Old Bailey, convicted of murder, and sentenced to death. However, his conviction was later changed to manslaughter and his sentence commuted to a fine.

After the dead man’s brother appealed the case, though, Law was re-arrested and placed back in the notorious Newgate Prison. This time, he managed to escape from prison, leaving England by stealth and resettling in Amsterdam.

Before too long, Law returned to Scotland, where he was involved in the negotiations that led to the Treaty of Union between Scotland and England in 1707.

During this same period, Law attempted to convince the Scottish government to adopt reforms he had recommended in pamphlets published a couple of years earlier (see “Works by Law” below). These reforms included creating a national bank and issuing bank notes backed by land or gold, as well as instruments of credit.

Over the next decade, Law concentrated on making money through dealing in financial speculation, traveling often to this end back and forth between Amsterdam and Paris.

Coincidentally, the wars that the French King Louis XIV had waged left his son and successor, Louis XV, with massive debts upon the Sun King’s demise in 1715. This provided an opening for Law to promote his own financial ideas.

In a nutshell, Law’s chief idea was to abolish the system of private “tax farming” (whereby individual tax collectors were responsible to the government for providing taxes, which they in turn extracted from the populace however they liked). In its place, Law proposed creating a national bank for public finance. He also wanted to replace the existing system of small, private monopolies with a single, state-run monopoly for conducting commerce in various sectors.

Law believed that the profits deriving from these two new French state institutions could then be used to pay down the national debt. He also continued to push the idea that a centralized bank ought to issue paper money as a new form of credit—an idea that many have noted was years ahead of its time (for better or for worse).

Law’s proposals were taken seriously by French financiers and government officials and a high-powered committee was appointed to review them. However, they were ultimately rejected.

During this period, Law was maintaining an elegant household in Paris, where he frequented some of the most elegant salons and made the acquaintance of some of the richest people in France. He also began to take part in high-stakes gambling parties.

In general, Law became well-known in Paris, Amsterdam, and other European capitals for cutting an elegant figure and being a wealthy man highly knowledgeable about business and financial matters.

Law was eventually able to translate this reputation into tangible influence. In 1716, with both government and private backing, he was able to establish his own bank, called the Banque Générale Privée [General Private Bank].

Law’s bank was authorized to issue its own bank notes. Two years later, following the demonstration of the viability of his ideas, the Banque Générale Privée was purchased by the French government, becoming a state institution and a pioneer in the use of paper money, as Law had envisioned all along.

Next, in 1717, Law used his influence with the new state bank to finance a new government-backed stock company, originally called the Compagne du Mississippi [Mississippi Company], with the remit of developing the French territories in North America (“Louisiana”) and the West Indies—thus putting into effect his other cherished notion of a government-run commercial monopoly.

Law immediately began buying up all the other private companies that had invested in “Louisiana,” which at the time encompassed all the territory between the Appalachian Mountains and the Mississippi and Missouri River basins, east to west, and between Manitoba and the Mississippi River Delta, north to south).

This buying spree caused share prices in Law’s Mississippi Company to go through the roof, unleashing the financial crisis known to historians as the “Mississippi Bubble.”

At first, buyers flooded the market for Mississippi Company shares, creating a secondary market trading future shares at 50% above the face value of actual shares. However, by 1720 panic had set in and shares were trading at 40% of their face value. Riots broke out in Paris and some private and public banking officials were physically attacked by mobs.

Law had no choice but to skip town to save his own skin. However, he was financially ruined, having left most of his property and other assets behind in Paris.

Law settled in Brussels later in 1720 and spent the next several years touring the major casinos of Europe, trying to recoup his devastating financial losses. However, he never managed to regain either his lost riches or the luster formerly associated with his name, being regarded as disgraced by most of his former friends and colleagues.

In 1719, Law had been pardoned by the British government, so he was free to return to his native land, which he did in 1723. After living in London for a few years, though, he moved on to Venice, where he died in poverty in 1729.

Although John Law the man never recovered from financial ruin and social disgrace, his contributions to political economy have stood the test of time, having laid the foundations for much of our own macroeconomic theory today.

Modern economists honor Law as one of the first exponents of central banking, paper currency, and government monopolies—all things dear to the hearts of Marxist, Keynesian, and other modern proponents of “big government.”

In addition to his advocacy of government banks and commercial monopolies already discussed above, Law made a number of fundamental theoretical breakthroughs. Notably, he is believed to be the first person to argue explicitly that the value of money is a special case of the value of commodities, and that therefore money’s value is determined in the same way that commodity values are, by supply and demand.

Law also understood that economic analysis needs to focus on the causes of economic disequilibrium, which results in the large-scale idleness of the factors of production.

Law presented numerous numerical examples to demonstrate that an increase in the money supply due to paper money or credit notes issued in the form productive loans would result in an increase in the demand for money due increases in employment and in the supply of goods. In this way, he argued, demand for money would rise in tandem with its supply and prices would remain stable. On the other hand, Law believed that the minting of new metal coins—being untethered from productive loans—would inevitably lead to inflation.

Law also noted several other advantages of government-issued paper currency over metallic money, including ease of transportation, storage, and counting.

Finally, Law argued that the introduction of paper money would have beneficial effects on the balance of trade.

Money and Trade Considered: With a Proposal for Supplying the Nation with Money, edited by John Gavin Adams (1705).

Defoe, Daniel, John Law and the Mississippi Scheme: An Anthology, edited by Gavin John Adams (journalistic texts published by Defoe in the 1720s) (2013).

Oudard, Georges, The Amazing Life of John Law, the Man Behind the Mississippi Bubble (1928).

Rist, Charles, History of Monetary and Credit Theory: From John Law to the Present Day (2016).

Wiston-Glynn, A.W., John Law of Lauriston: Financier and Statesman, Founder of the Bank of France, Originator of the Mississippi Scheme, edited by Gavin John Adams (1907).

Wood, John Philip, Memoirs of the Life of John Law of Lauriston, Including a Detailed Account of the Rise, Progress, and Termination of the Mississippi System (1824).