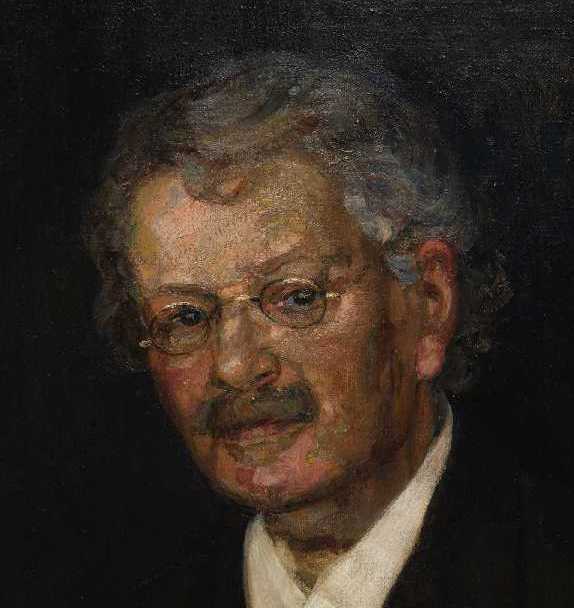 In 1869, Wicksell matriculated at the University of Uppsala, where he studied mathematics and physics.

Two years later, in 1871, Wicksell received his bachelor’s degree from Uppsala. He received his PhD from the same institution in 1885.

Upon completing his doctorate, Wicksell received a scholarship for post-graduate study at the University of Vienna, where he attended lectures delivered by Carl Menger, the father of Austrian economics.

After his encounter with Menger, Wicksell’s interests began to migrate from the natural to the social sciences, in particular economics.

Upon returning to Sweden, he obtained a position as an external (adjunct) lecturer on political economy at his alma mater, the University of Uppsala.

In 1896, he published his second book, Studies in the Theory of Public Finance (untranslated).

Up to this time, regular economics courses were offered under the auspices of the Law Faculty. For this reason, Wicksell re-enrolled as a graduate student, completed the four-year course in two years, and earned his law degree.

In 1899, Wicksell became an associate professor with the Uppsala Law Faculty. The following year, he moved to Lund University, where he held the position of full professor for the next 17 years, until his retirement in 1916.

In his last years, Wicksell worked upon occasion as an official adviser to the Swedish government.

Wicksell had a pugnacious personality, which both helped to attract attention to his ideas from an early age and also sometimes got him into trouble. For example, in 1910 he served two months in prison for public blasphemy.

Wicksell’s greatest contribution to political economy was his theory of interest. He articulated this theory in his book, first published in Germany, entitled Geldzins und Güterpreise [Monetary Interest and the Price of Goods], in 1898. It was translated into English 1936 as Interest and Prices—A Study of the Causes Regulating the Value of Money.

The main innovation that Wicksell introduced in Interest and Prices was the concept of “natural interest,” which he defined as the interest rate which corresponds to a stable level in commodity prices.

Wicksell’s theory of the natural interest rate had a great influence on Austrian economics.

Another important contribution to be found in Interest and Prices is the concept of “cumulative process,” Wicksell’s term for what is now called “endogenous money.”

Wicksell pointed out that money may be created in two different ways: (1) by being injected into the economy—from the outside, as it were, or “exogenously”—through printing currency; and (2) through the interaction of the real and financial sectors. The second way works as follows.

Lending institutions create money by adding figures to their balance sheets when they make a loan. This is “credit money,” which is created from within the normal workings of the economy, or “endogenously.” But credit money is still money and the amount of credit money will have the same sort of causal effects on prices as the currency supply. Furthermore, Wicksell argued that the “money interest rate” is quite distinct from the “natural interest rate.”

In summary, Wicksell claimed that the endogenous creation of money—and the way it has causal effects in the real economy—showed that the hypothesis of a dichotomy between the real and the monetary sectors posed by Neoclassical economics was seriously mistaken.

Some historians of economics have viewed Wicksell’s contribution as fundamental for the modern theory of macroeconomics.

Interest and Prices—A Study of the Causes Regulating the Value of Money (1898).

Lundahl, Mats, Knut Wicksell on the Causes of Poverty and its Remedy (2005).