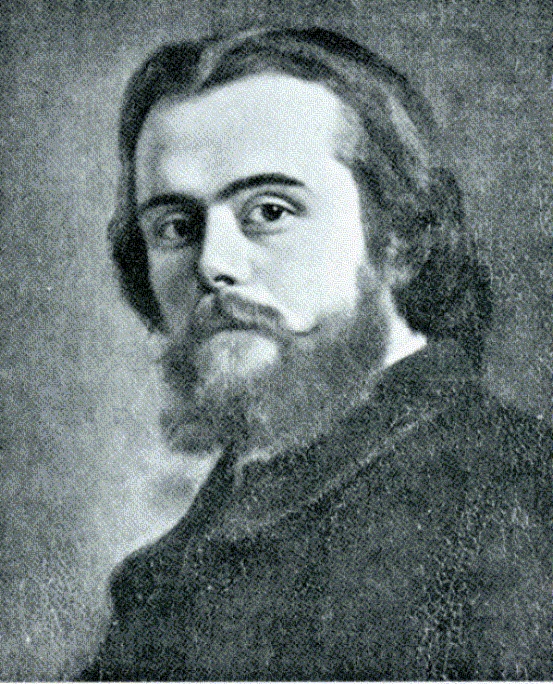 Léon Walras (pronounced “Vahl-RAHS”) (1834–1910) was born in Évreux, a town in the département of Eure in Normandy, in northern France.

Walras’s father was a school administrator, who took an strong amateur interest in political economy.

Walras received two baccalauréat degrees (high school diplomas), one in letters from the Collège de Caen in 1850, the other in sciences from the Lycée de Douai in 1853.

Walras then entered the École des Mines de Paris (Paris School of Mines) in 1854. However, he found that engineering was not to his liking and dropped out of college after a short time.

Walras spent the next several years finding himself, studying literature and philosophy on his own. He even published a novel, Francis Sauveur, in 1858. Eventually, with his father’s encouragement, he settled on the social sciences as his primary intellectual focus.

While living in Paris, between 1859 and 1862, Walras worked as a correspondent, writing articles on economic themes for the Parisian newspapers, Journal des Economistes and La Presse.

In 1860, Walras published his first book, a refutation of the economic doctrines of the prominent socialist, Joseph-Pierre Proudhon (see “Principal Books by Walras” below for details).

Three years after that, in 1865, Walras was appointed as managing director of a banking cooperative association.

During this period of his life, between 1866 and 1868, Walras became co-publisher and editor of Le Travail, a newspaper associated with the cooperative movement. At this time, he also began to deliver public lectures on social topics, which were collected and published in 1868 (see below).

Despite his growing list of publications and reputation, Walras continued to scrounge for a living during the latter part of the 1860s, working at several different banks and other institutions. He applied to several academic openings in economics, but all of them turned him down on account of his lack of formal credentials.

Finally, in 1870, Walras succeeded in obtaining a teaching post in economics at the Académie de Lausanne (now the University of Lausanne), in Switzerland. He received tenure the next year, remaining at Lausanne for the rest of his academic career.

It is from Walras, together with Vifredo Pareto—his successor in the chair of political economy—that the “Lausanne school of economics” takes its name.

Walras is known, above all, as the founder of the modern theory of general economic equilibrium.

The central idea behind this theory is that the same forces of supply and demand which had already been shown to lead to equilibrium (“market clearing”) for in the local case would also generate equilibrium in the general case.

In other words, islands of equilibrium within a sea of inequality between supply and demand would inevitably spread to the larger system, producing a state of “general equilibrium.”

Walras not only invented the theory of general equilibrium, he was also highly innovative in presenting his economic arguments in formal mathematical dress and on the basis of idealizations, such as markets with perfectly free competition.

Among Walras’s other outstanding achievements in economics are the ideas of subjective value and marginal utility. It should be noted that he developed his version of these foundational concepts while working in isolation from their other two principal proponents, Carl Menger and William Stanley Jevons.

Katzner, Donald W., The Walrasian Vision of the Microeconomy: An Elementary Exposition of the Structure of Modern General Equilibrium Theory, second edition (1990).