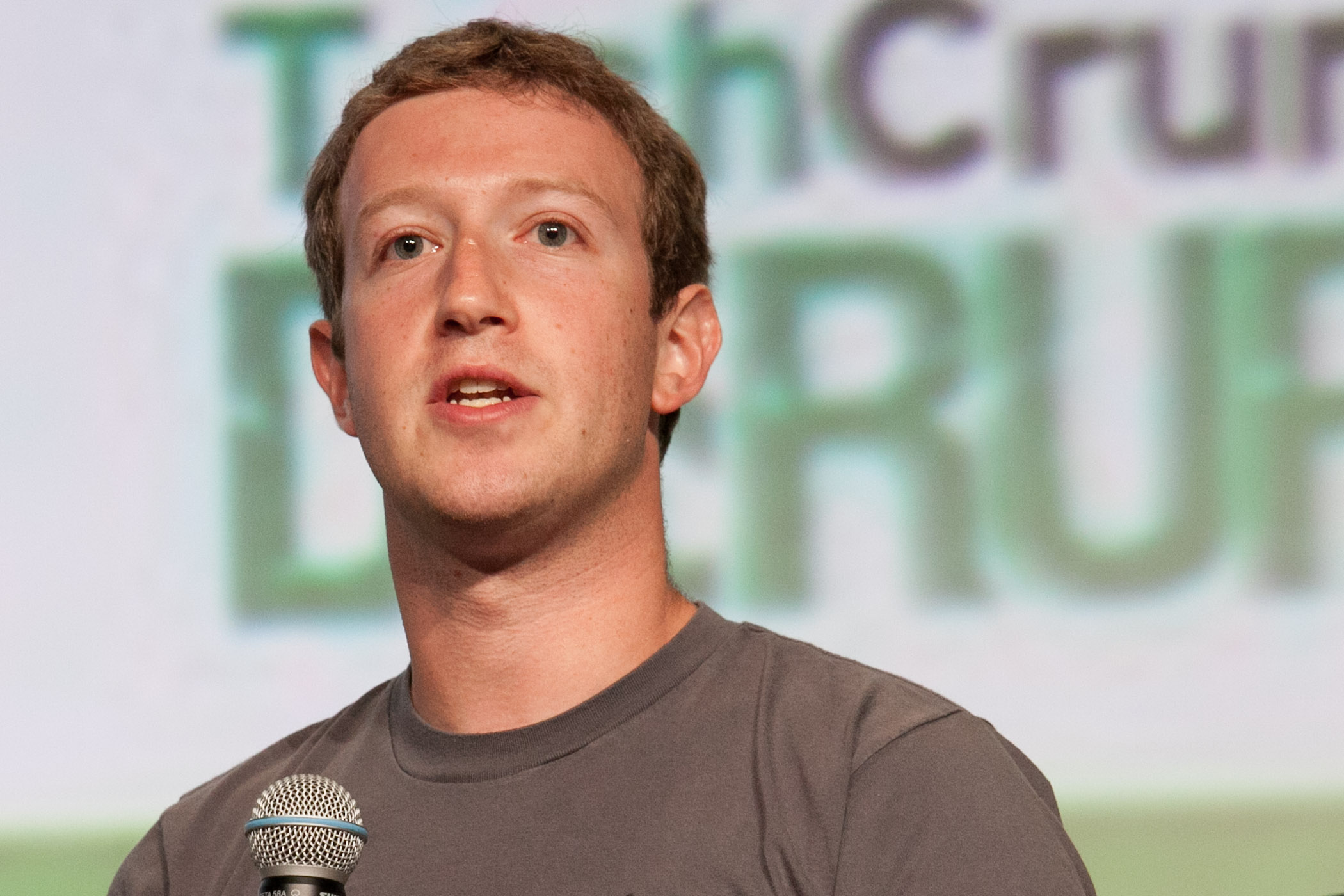 Mark Elliot Zuckerberg (b. 1984) was born in White Plains, New York, a northern suburb of New York City adjacent to Scarsdale. The family was Jewish, with roots in Eastern Europe.

Zuckerberg’s father was a dentist, while his mother was a psychiatrist.

Zuckerberg was initially educated in the public schools, including Ardsley High School in nearby Ardsley, New York.

However, Zuckerberg soon transferred to Phillips Exeter Academy, in Exeter, New Hampshire, one of the most prestigious private college preparatory schools in the US.

In 2002, Zuckerberg entered Harvard College in Cambridge, Massachusetts, where he majored in psychology and computer science.

In his sophomore year, Zuckerberg wrote a program which allowed Harvard undergraduates to sign up for the same courses as their friends to facilitate the formation of study groups.

Next, he created a website called Facemash, where students could post their own photos and then vote on which photos were the best-looking.

During the spring semester of 2004, Zuckerberg, together with his four Harvard roommates, launched “TheFacebook.”

Initially, TheFacebook was closely modeled on Phillips Exeter Academy’s photographic directory of students, with a page for each student containing a photo and personal data.

The prep school’s students had referred to their directories as “the Facebook,” which is what gave Zuckerberg the idea for the name of his Harvard online version of the Phillips Exeter directory.

The Harvard Facebook was wildly popular with students, causing the Harvard Internet servers to crash on several occasions.

Facebook faced controversy almost from the moment of its inception. Most seriously, three seniors complained to the Harvard student newspaper, the Harvard Crimson, that Zuckerberg had stolen the idea from them. Facebook (FB) later settled with the older students for $20 million in cash plus more than a million FB shares.

These events were chronicled in the 2009 nonfiction book, The Accidental Billionaires (see “Selected Books About Zuckerberg and Facebook” below), and the critically acclaimed 2010 film based on it, The Social Network, directed by David Fincher and starring Jesse Eisenberg as Mark Zuckerberg.

Originally, Zuckerberg had only intended FB to serve the Harvard College community. However, due to the great interest it generated, word of FB spread to other Ivy League campuses by word of mouth and generated demand for similar products on those campuses

Before long, Zuckerberg and his roommates had set up FB at Columbia, NYU, Stanford, Dartmouth, Cornell, Penn, Brown, and Yale.

Zuckerberg dropped out of Harvard during his sophomore year in order to focus on expanding his business.

During the summer of 2004, Zuckerberg and his partners traveled to Palo Alto, California, in search of venture capital. There, they met PayPal founder, Peter Thiel, among others. Thiel was the first major outside investor in FB. Eight years later, in 2012, he sold his FB shares for more than $1 billion.

Zuckerberg and his friends had originally intended to return to Harvard. However, the stellar and unanticipated success of FB, leading to the company’s exponential growth, required their full-time attention. Therefore, they remained in Palo Alto.

As is well known, FB continued to grow at an unprecedented rate. Currently, it is represented in most of the countries of the world.

Throughout his career, Zuckerberg has been involved in public controversies. Most notably, under his leadership FB has engaged, and continues to engage, in censorship of subscribers’ speech in a whole host of areas.

Most notably, in 2021, FB barred a former president of the United States, Donald J. Trump, from participating in the social media platform.

Zuckerberg has been heavily involved in philanthropy for many years. However, some of his philanthropic activities have proven to be controversial, as well.

For example, the more than $400 million Zuckerberg donated during the 2020 Presidential election, the vast majority of which went to finance ballot drop boxes in Democratic Party–controlled, inner-city precincts in swing states, has been widely seen as a cause for concern.

Zuckerberg’s personal wealth is estimated to amount to more than $60 billion.

Mark Zuckerberg: In His Own Words, edited by George Beahm (2018).

Frenkel, Sheera and Cecilia Kang, An Ugly Truth: Inside Facebook’s Battle for Domination (2021).

Galloway, Scott, The Four: The Hidden DNA of Amazon, Apple, Facebook, and Google (2017).

Hartwig, Ryan and Kent Heckenlively, Behind the Mask of Facebook: A Whistleblower’s Shocking Story of Big Tech Bias and Censorship  (2021).

Jones, Eric, Mark Zuckerberg: A Biography of the Facebook Billionaire (2017).

Mathis, Austin, Mark Zuckerberg: A Biography of the Controversial Billionaire (2019).

Mezrich, Ben, The Accidental Billionaires: The Founding of Facebook: A Tale of Sex, Money, Genius and Betrayal (2009).

Sharma, Abha, The Making of the Greatest: Mark Zuckerberg (2019).