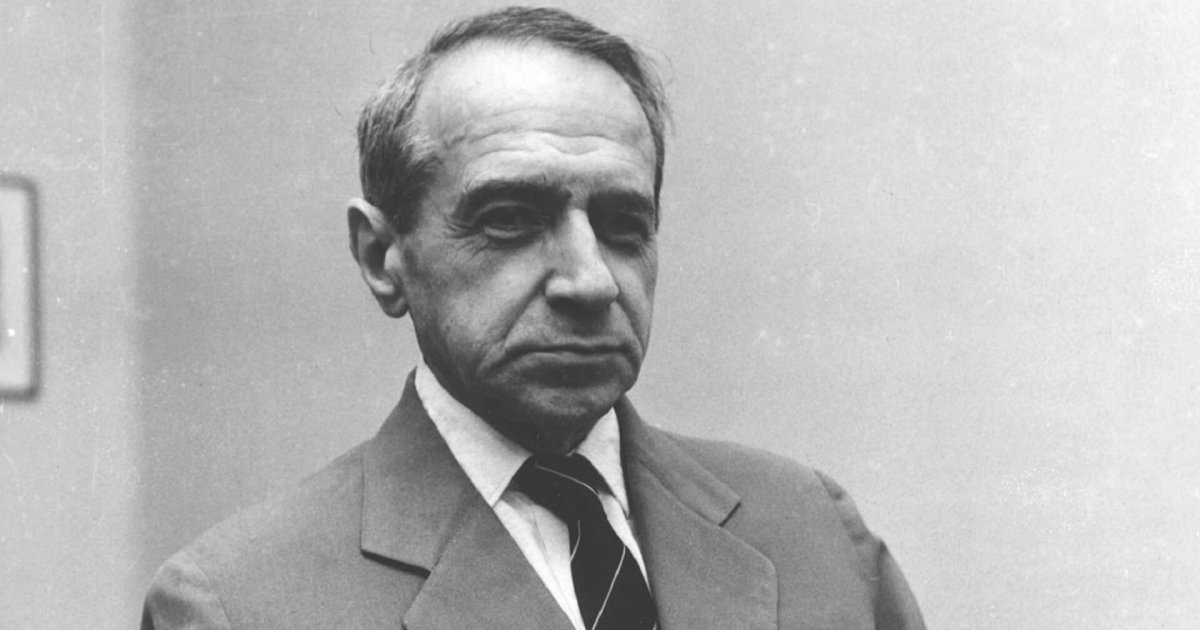 Michał Kalecki (pronounced “Meehow Kaletski”) (1899–1970) was born in the city of Łódź (“Woodge”), which at the time lay within the Russian Empire and today is situated in eastern Poland.

Information about Kalecki’s early life is hard to come by. However, it is known that Łódź and the surrounding region was heavily affected by political and labor turmoil during the period of his childhood and youth. The ongoing labor unrest is thought to have helped formed his perspective on economics.

In 1917, Kalecki enrolled in the Warsaw University of Technology (Warsaw Polytechnic) to study civil engineering. His work there was outstanding: Already in his first year, he extended Pascal’s theorem to the general case of a 2n-sided polygon.

Unfortunately, Kalecki’s father, who ran a small textile factory, went bankrupt and the young man had to leave school in order to earn a living. He was soon called up for his military service, which lasted for three years, from 1918 until 1921.

In 1921, Kalecki returned to school, this time at the Gdańsk University of Technology (Gdańsk Polytechnic), where he studied for two years. However, in 1923, he was forced to quit his studies once again for financial reasons and left the university without taking a degree.

Over the next six years, Kalecki pursued a number of low-paying jobs, including running credit checks on companies for a bank.

During these years, Kalecki was reading about economics on his own time, mainly the work of such heterodox thinkers as Mikhail Tugan-Baranovsky and Rosa Luxemburg.

Finally, in 1929, Kalecki landed a regular job with Warsaw’s Instytut Badania Koniunktur Gospodarczych i Cen [Institute of Research on Business Cycles and Prices], where he worked for the next seven years. In this position, he worked mostly doing statistical analyses and comparisons.

The following year, in 1933, Kalecki published his first book, Próba teorii koniunktury [“An Attempt at a Theory of the Business Cycle”], a work which contained a comprehensive theory of the business cycle.

It has been widely claimed that this book mooted a number of the same ideas which John Maynard Keynes presented three years later in his 1936 classic, The General Theory of Employment, Interest, and Money.

Over the next several years, Kalecki worked at a furious pace, producing a steady stream of articles and books, in Polish and, increasingly, in English.

Thanks to his increasing visibility in the West, in 1936 Kalecki received a traveling fellowship from the Rockefeller Foundation. Given Kalecki’s Jewish background, this fellowship probably saved his life.

Kalecki spent the next several years traveling. First, he went to Sweden, where he met with followers of Knut Wicksell.

Next, Kalecki traveled to the UK, where he spent time at the London School of Economics (LSE) and at the University of Cambridge. In England, he met many of the leading economists of the day, becoming especially close to Piero Sraffa and Joan Robinson.

In 1940, Kalecki found a job with the Oxford Institute of Statistics (OIS), where he wrote statistical and economic analyses of the wartime economy for the British government.

In the immediate aftermath of the war, Kalecki left his job at the OIS and traveled extensively in search of a better position. He did brief stints with various agencies and government ministries in France, Canada, and Poland during this period.

In 1946, Kalecki obtained a position with the United Nations Secretariat’s Department of Economic Affairs in New York, which he occupied until 1955. That year, amidst Senator Joseph McCarthy ‘s anti-Communist crusade, he was called to give testimony before the US Congress. As a result, he resigned his UN job under pressure.

In 1955, Kalecki returned to Poland, where he was welcomed by the Communist authorities and given a succession of increasingly responsible offices, including Chairman of the Central Commission for Perspective Planning.

Apart from occasional trips abroad, Kalecki spent the rest of his life in his native land.

In addition to his governmental duties, Kalecki was also appointed as a professor at the Central School of Planning and Statistics and at the University of Warsaw.

In 1957, Kalecki was elected a member of the Polish Academy of Sciences.

In 1968, Kalecki resigned all his official positions with the Polish government due to the political crisis and crackdown, with anti-semitic overtones, which occurred that year. He lived out the last two years of his life in secluded retirement in Warsaw.

During his last trip abroad, to Cambridge in 1969, Kalecki’s friends threw a seventieth-birthday celebration in his honor.

Kalecki made major contributions to a wide variety of theoretical and practical fields. The list of topics he worked on includes economic growth, full employment, the business cycle, income distribution, the oligopolistic tendencies of capitalism, economic development, finance, risk, interest, and inflation, as well as other monetary issues.

One of the leading mathematical modelers among his generation of economists, Kalecki was also a prolific author who published books and articles in his native Polish, in Spanish, and in French, in addition to English (the “Selected Works by Kalecki” section below lists only a sampling of the latter).

In addition to his technical expertise and the extraordinary breadth of his interests, Kalecki is also notable for his effort to synthesize classical Marxian class analysis with his own insights on the monopolistic and oligopolistic character of capitalism.

Kalecki’s work in this area laid the foundations for both post-Keynesian and neo-Marxist currents of economic thinking in later decades. More generally, Kalecki was almost unique among highly technically gifted Western economists for his central preoccupation—flowing from his socialist political convictions—with the social consequences of various economic policies.

Another of Kalecki’s claims to fame is the widespread belief, already mentioned above, that his work was in certain respects a forerunner of John Maynard Keynes’s.

Essays in the Theory of Economic Fluctuations (1939).

Theory of Economic Dynamics: An Essay on Cyclical and Long-Run Changes in Capitalist Economy (1954).

Selected Essays on the Economic Growth of the Socialist and the Mixed Economy (1972).

The Last Phase in the Transformation of Capitalism (1972).

Feiwel, George R., The Intellectual Capital of Michał Kalecki: A Study in Economic Theory and Policy (1975).

Patinkin, Don, Anticipations of the General Theory?: And Other Essays on Keynes (1982).