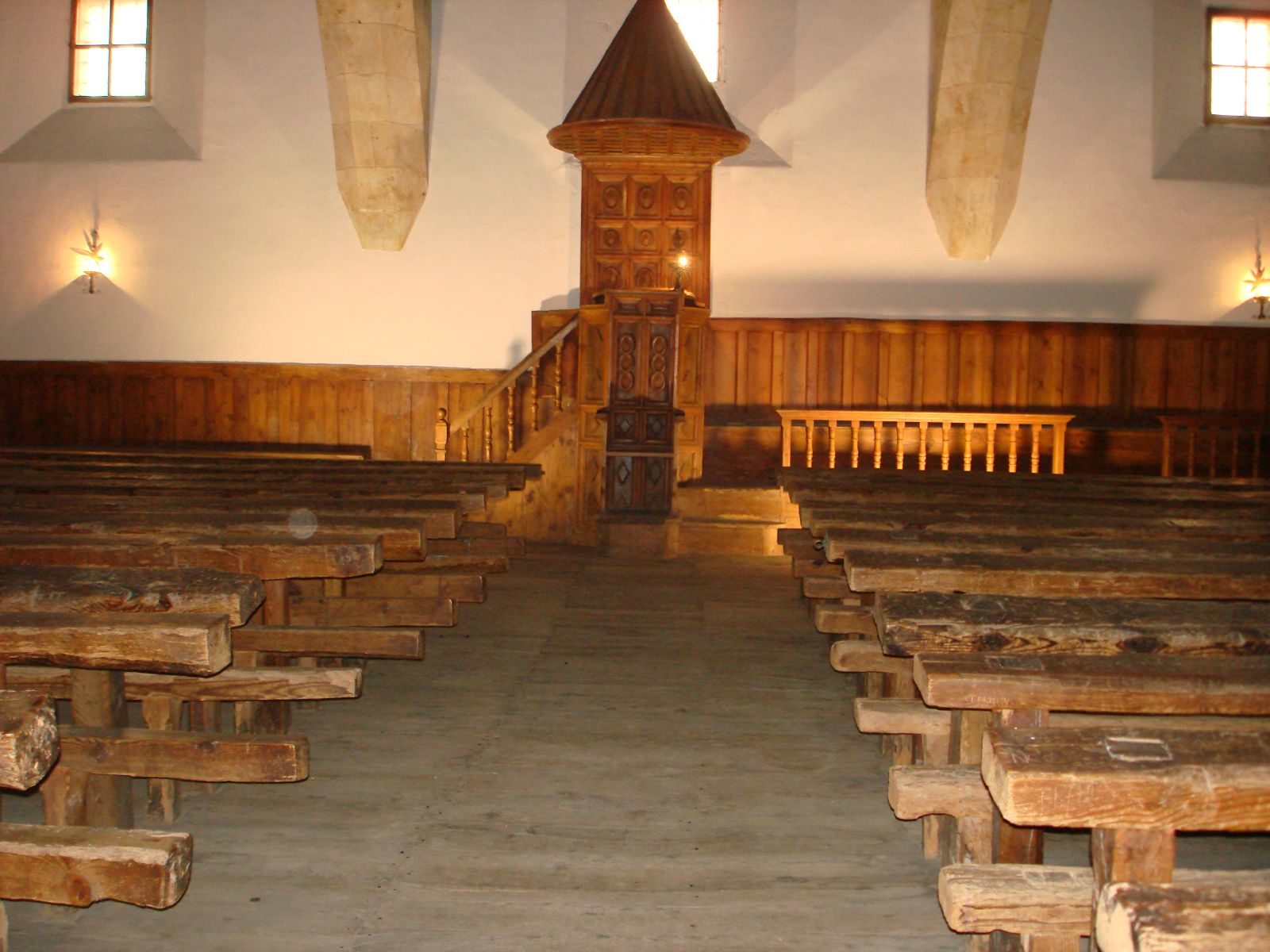 The University of Salamanca began life as a cathedral school in 1134. It received its royal charter as a studium generale (university) in 1218 from Alfonso IX, King of León and Galicia. The town of Salamanca is located in León, not far from the Portuguese border.

Salamanca’s is the oldest university in the Iberian peninsula—the University of Valladolid being founded in 1241—and indeed one of the oldest in the world.

The phrase “Salamanca School,” however, refers to a specific period in the school’s distinguished history, known variously as “Late Scholasticism” or the “Second Scholastic,” which dates from roughly 1500 through 1650.

Late Scholasticism must be viewed in the context of the Siglo de Oro [Golden Century], the great efflorescence of Spanish culture that followed upon the Reconquista of the southern province of Andalusia from the Arabs in 1492 by Queen Isabella I of Castile and King Ferdinand II of Aragon.

Late Scholasticism was a very broad intellectual movement and the phrase “Salamanca School” may have more than one sense, according to context. In a wide sense, it refers to the entire range of philosophical, theological, political, legal, and economic theories propounded by writers, some of whom were quite closely associated with the School, and some more loosely.

In this sense, the School may be said to have been founded by Francisco de Vitoria (1485–1546), a Dominican friar, theologian, and canon lawyer who taught at Salamanca throughout his life.

Vitoria wrote widely on philosophical matters, but he is most important as a legal theorist. Sometimes called the “Father of International Law,” Vitoria wrote in De indis [On the Indians]—one of his Relectiones theolgicae XII [Twelve Theological Re-readings], published posthumously in 1557—that the  native peoples of the Americas were due the same legal rights as Christians. In another “Re-reading,” De iure belli [On the Law of War], he was one of the first to argue for the extension of the notion of ius naturale [natural law] to a ius gentium [law of nations]. In so doing, he laid some of the conceptual groundwork for several vital economic ideas, including the right of free trade and the subjective theory of value. However, Vitoria was not primarily an economic thinker.

Without a doubt, the greatest representative of the Salamanca School in the wide sense was Francisco Suárez (1548–1617), a Jesuit priest, theologian, and philosopher. While Suárez was only loosely associated with Salamanca—having studied and taught in a variety of other universities, as well—his renown was such that his name did honor to Salamanca’s more than vice versa. His major work, the monumental Disputationes metaphysicae [Metaphysical Disputations], published in 54 books in 1597, was the first comprehensive philosophical treatise since Antiquity to abandon the commentary format in favor of a systematic treatment of metaphysical issues arranged according to topic. Suárez also made a major contribution to natural law theory with his magisterial Tractatus de legibus ac Deo Legislatore [Treatise on Laws and God the Lawgiver], published in 1612. However, while Suárez’s impact on metaphysics and natural law theory was enormous, he had little to say on economic matters apart from a few scattered remarks.

In the light of the foregoing, we must be careful to distinguish the “School of Salamanca” in this wide sense from the narrower use of the phrase, which is the one primarily intended by the present article.

In the narrow sense, then, the “Salamanca School” consists of those thinkers associated with the university during the sixteenth and early seventeenth centuries who wrote on economic matters and who collectively represent the first wide-ranging and systematic discussion of economics—and, especially, the first closely reasoned articulation of the free-market position—in the history of Western thought.

Issues first clearly articulated and discussed by members of the Salamanca School in this narrow sense include such important topics as the quantity theory of money, the subjective theory of value, and the superiority of free trade to protected markets.

It should be stressed, however, that the Salamancans were far from being modern economic libertarians. The most important difference is that they believed that the moral rightness of all human actions rests upon the natural law, which in turn is inscribed in human nature by God. This conviction led them to such non-liberal positions as the condemnation of usury (the lending of money for interest) and to a conception of the common good based on a multi-dimensional understanding of human action and virtue, as opposed to the idea of a purely rational, utility-maximizing Homo oeconomicus.

Nevertheless, the many parallels between Salamancan and modern free-market positions can be eye-opening. At a minimum, these parallels ought to underwrite a revision to the idea, first propagated by Max Weber, that an intimate relationship existed between Protestant culture and modern economic activity. For, needless to say, the Salamancans were anything but Protestants—Suárez wrote a long treatise refuting Anglicanism point by point—and yet they were clearly at the forefront of systematic reflection upon the moral underpinnings of the commercial revolution that was such a significant sign of the times they lived in.

Among the most influential of the individual members of the Salamanca School, in the narrow sense, the following may be listed:

Also known as “Navarrus,” Azpilcueta (the name is Basque) was a lay theologian and canon lawyer. His main contribution was to monetary theory. His principal work on economic exchange appears in an appendix to his Manual de confesores y penitentes [Manual for Confessors and Penitents] (1549). For an English translation, see “Works in English by Salamanca School Authors” below.

De Soto was a Dominican priest and theologian. He published his reflections on the morality of usury in his De iustitia et iure libri X (Ten Books on Justice and Law] (1556).

Villalón was a lay theologian, grammarian, and author. He published a well-known analysis of monetary exchange and usury entitled Tratado de cambios y reprobación de usura [Treatise on Exchanges and the Condemnation of Usury] (1543).

Covarrubias was a canon lawyer, diocesan priest, and archbishop of the Church. He was one of the earliest authors to propose a subjective theory of value in his treatise, Variarum ex iure pontificio, regio et Caesareo resolutionum libri III [Three Books of Various Resolutions from Pontifical, Royal, and Imperial Law] (1565).

Saravia was a diocesan priest and theologian. He analyzed exchange, supply and demand, and prices in his Spanish-language Instrucción de mercaderes [Merchants’ Guide] (1544).

Mercado was a Dominican friar and theologian. He published an important book on monetary theory entitled De los tratos de India y tratantes en ellas [On Commercial Exchanges in India and the Merchants Who Engage in Them] (1569). This book was expanded into the more-comprehensive Summa de Tratos y Contratos [Manual of Deals and Contracts] (1571).

Báñez was a Dominican friar and theologian. He discussed the concept of a just price in his well-known legal treatise, Decisiones de Iure et Iustitia [Decisions on Right and Justice] (1595).

Molina was a Jesuit priest and theologian. He is best known for his ingenious attempt to square human free will with divine omniscience in his concept of “middle knowledge.” However, he was also an important economic thinker, who wrote on a variety of topics from a natural law perspective. His main economic works are Tratado Sobre los Préstamos y la Usura [Treatise on Loans and Usury] (1597) and his “Treatise on Money,” which is an excerpt from his De iustitia et iure [On Justice and Right], published in six volumes (1593–1609). For an English translation of the latter, see “Works in English by Salamanca School Authors” below.

Mariana was a Jesuit priest and historian, whose great history of Spain, Historiae de rebus Hispaniae [Histories of Spanish Matters] in 20 volumes, was published in 1592 (to which ten more volumes were added in 1605). Mariana also wrote the small but important treatises De moneta [On Money] (1605) and De monetae mutatione [On the Alteration of Money] (1605). For English translations of these, see “Works in English by Salamanca School Authors” below.

Salas was a Jesuit priest. He included a treatise on contracts in his Commentarii in secundum secundae D. Thomae [Commentaries on Summa Theologiae, IIaIIae] (1611). After his death, the treatise was excerpted and published separately under the title De contractibus [On Contracts] (1617).

Lugo was a Jesuit priest, theologian, and cardinal of the Church. Included in his massive Disputationes de iustitia et iure [Disputations on Justice and Law] (1642) are reflections on the concept of just price and scarcity in relation to a general theory of value. He is  perhaps best known for defining profits as “wages” for the risk of entrepreneurship, and thus paving the way for the acceptance of loaning money at interest (“usury”).

Finally, mention ought to be made of Leonardus Lessius [Lenaert Leys] (1554–1623), a Flemish Jesuit priest and moral theologian. Lessius studied under Francisco Suárez in Rome while the latter was teaching there during the early 1580s. In this way, there is a direct, if loose, connection between Lessius and the Salamanca School. Lessius is important as the author of the first great synthesis of moral theology as it relates to economic and financial questions. His views on exchange, securities, insurance, and other matters may be found in his De justitia et jure [On Justice and Law] (1605). For an English translation of excerpts from this treatise, see “Works in English by Salamanca School Authors” below.

Mariana, Juan de (2010) A Treatise on the Alteration of Money, translated by Patrick J. Brannan.

Works About the Salamanca School

Chafuen, Alejandro A. (2003) Faith and Liberty: The Economic Thought of the Late Scholastics, second edition.

D’Emic, Michael Thomas (2014) Justice in the Marketplace in Early Modern Spain: Saravia, Villalón and the Religious Origins of Economic Analysis.

Duve, Thomas (2021) The School of Salamanca: A Case of Global Knowledge Production.

Langholm, Odd (1998) The Legacy of Scholasticism in Economic Thought: Antecedents of Choice and Power.

Muñoz de Juana, Rodrigo (2001) “Scholastic morality and the birth of economics: The thought of Martín de Azpilcueta,” Journal of Markets and Morality, 4(1): 14–42.

Woods, Thomas E., Jr. (2005) The Church and the Market: A Catholic Defense of the Free Economy.