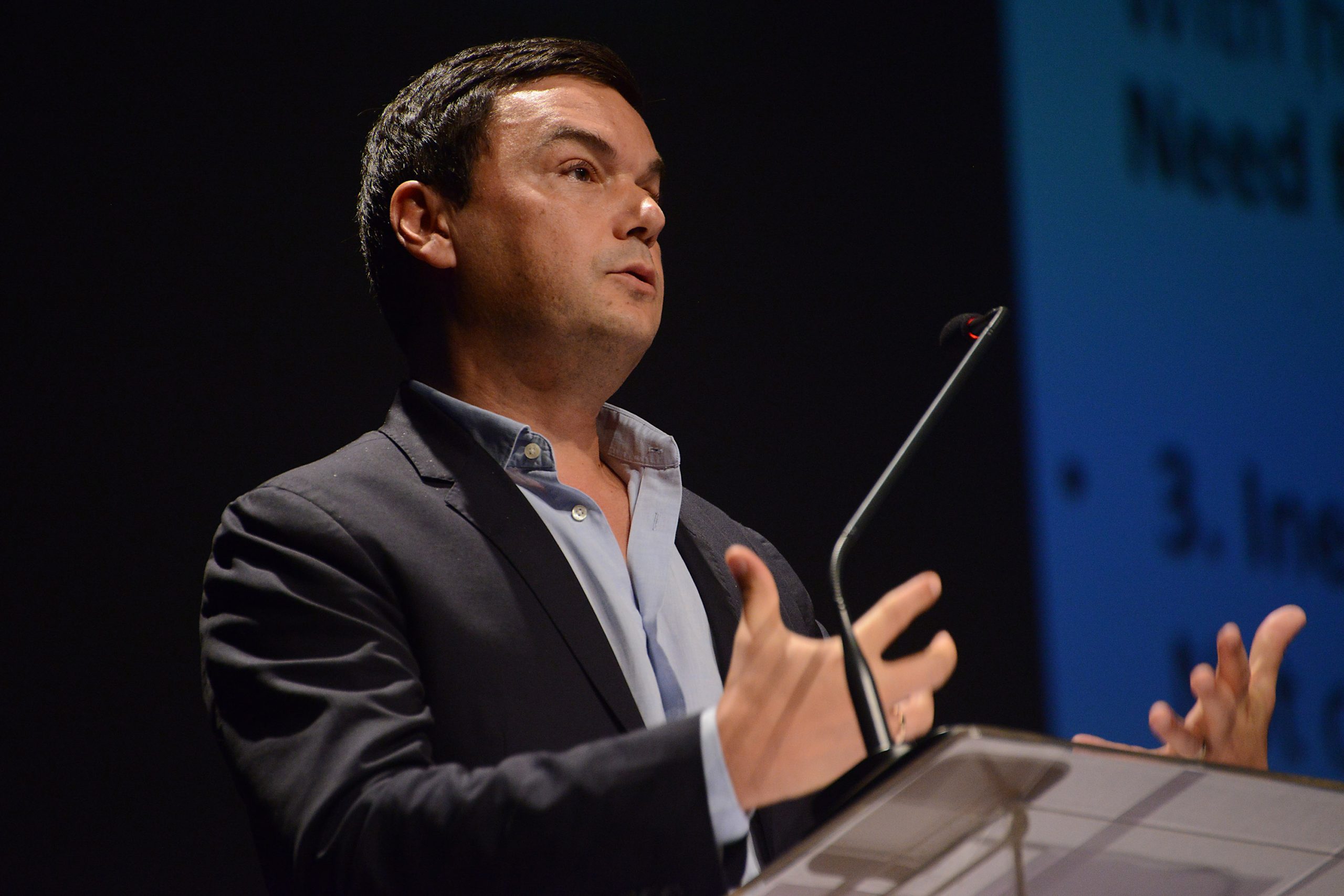 Thomas Piketty (b. 1971) was born in Clichy, in the département of Hauts-de-Seine, on the northwestern edge of Paris adjacent to the 17th arrondissement.

His parents were both Trotskyist supporters of the uprisings of May 1968, in France. Later, they are reported to have moderated their political views.

After taking his STEM-track baccalauréat (high school–leaving) degree, Piketty entered the École Normale Supérieure, where he studied economics and mathematics.

Piketty completed his doctoral dissertation in 1993, at the tender age of 22, under the joint supervision of the London School of Economics and the École des Hautes Études en Sciences Sociales (EHESS).

Piketty’s doctoral dissertation on wealth redistribution foreshadowed the work for which he was to become world-famous.

In 1993, Piketty accepted an offer to teach in the Department of Economics at MIT in the US.

Two years later, in 1995, Piketty came home to assume a research position at the Centre National de Recherche National. In 2000, Piketty became a full professor—known as a “Director of Studies”—at the EHESS.

In 2006, Piketty helped to found the Paris School of Economics, which he also briefly served as director. He retains an Associate Chair at the institution. In 2015, he accepted a third position, as Centennial Professor at the London School of Economics.

Piketty, who is a regular columnist for the leftist newspaper Libération, also sits on the scientific board of the think tank, À gauche, en Europe [To the Left, in Europe].

Piketty’s 2013 book, Le capital au XXIe siècle, became an international bestseller. Especially following the runaway publishing success of its English translation in 2017, the 50-year-old French economist  has become a household name among the world’s educated elites and thus a force to be reckoned with, not only in academic economics, but also in international politics.

From the beginning, Piketty has employed a historical and comparative approach to the study of economic inequality.

While Piketty’s books are passionately argued, their actual ideas are quite simple—which is undoubtedly one of the main reasons for his astonishing popularity and influence.

Piketty’s leading thought—which is well summarized in Capital in the Twenty-First Century—is that capitalism is a historical accident due to the specific conditions under which the Industrial Revolution happened to occur in Northern Europe in the late eighteenth and nineteenth centuries.

If capitalism is only an accidental feature of modern industrial society, as Piketty believes, then there is no underlying essential link between the two.

In that case, nothing stands in the way of abolishing capitalism and implementing socialism in the modern industrial democracies—that is to say, nothing essentially economic.

All that stands in the way of socialism is our misguided economic thinking and our lack of political will.

Why Save the Bankers? And Other Essays on Our Economic and Political Crisis (2016).

The Economics of Rising Inequalities,with Daniel Cohen and Gilles Saint-Paul (2002).

Top Incomes over the Twentieth Century: A Contrast between European and English-Speaking Countries,with A.B. Atkinson (2007).

Broten, Nick, An Analysis of Thomas Piketty’s Capital in the Twenty-First Century (2017).