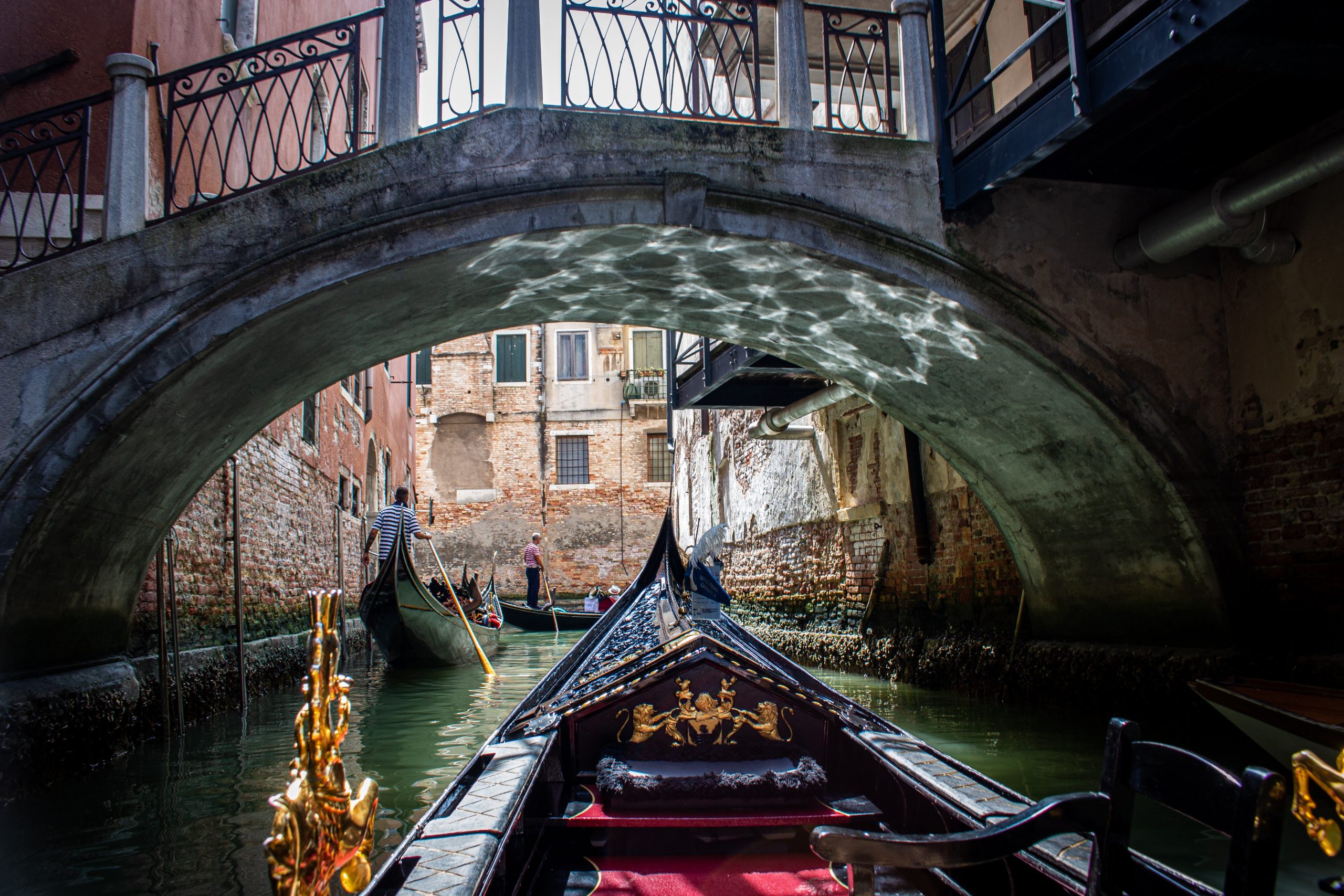 Eight Ways to Save Money on Your European Vacation

Credit Cards, Money, Travel
David ZimmermanJuly 9, 2022
We recommend products based on unbiased research from our editorial team. We may receive compensation if you click on a link. Read More.

A European vacation can be a magical experience filled with medieval castles, Renaissance museums, world-class restaurants, and upscale shopping. Between the 27 distinct nations that constitute the European Union and the three nations (along with the province of Northern Ireland) that make up the United Kingdom, there are countless opportunities to sample different cultures, engage with different local populations, and visit world-famous landmarks.

Sounds amazing right? It is. But few amazing things in life come cheap. You can spend a fortune on a European vacation between the flights, lodging, continental travel, meals, and all the cool little things you see in roadside shops and simply must have.

But there is some good news. Europe encompasses a million different prospective traveling experiences, from backpacking on the cheap to basking in the lap of modern luxury. We’re guessing that you’re looking for something in between. Well, if you’re savvy about how, when and where you travel, you can find plenty of ways to save money on your European vacation.

In fact, you can actually start saving money on your trip right away, or at least recouping perks by booking your flight with a credit card that offers generous airline mile rewards. Before you book your flight, we strongly recommend checking out the Best Airline Miles Credit Cards. Make sure you earn miles on your trip to Europe, and on every flight you take before your big vacation.

For more, try a few of these tips for saving money on your trip to Europe…

1. Book Your Trip During Off-Peak Seasons

Off-peaking booking is a recurrent theme when it comes to saving money on travel to basically anywhere. The same is true of Europe, but with slightly different implications. With Europe’s diverse geography and variety of climates, there isn’t really a continental off-peak season. It just depends where you go and when.

Technically, off-season generally falls between November and March, at least for colder climate destinations like France, Germany, the U.K. and much of Eastern Europe. By contrast, winter seasons in southern points like Greece and Portugal may be a lot more temperate. While this may bring bigger crowds to these locations during the “off-season,” you may be able to save money by flying into a cold-weather location like France, and hopping a few trains to Portugal.

As with most travel destinations, this advice does exclude the winter holiday season. If you want to avoid crowds and high prices, avoid planning your European vacation around the Christmas holiday.

For the most part though, if you want to save money on your European vacation, you’ll want to stay away from the warmer months. Finance Buzz warns that “Peak season for trips to Europe includes most of the summer, with June through August boasting the highest rates for airfare and hotel stays.”

Finance Buzz does add though that you can save some money by traveling during what it calls the “shoulder-seasons,” those that fall between the off-season and peak-season. To avoid both the harshest part of winter and the higher cost of summer travel, plan your trip either between April and mid-June, or between September and October.

As long as you’re searching for ways to save on your flight, it’s a good idea to look beyond the major international hub airports. While many of the bustling airports in Europe—Heathrow in London, Charles De Gaulle in Paris, Frankfurt Airport in Germany—are conveniently and centrally located, they will also usually command the highest fares.

However, if you’re willing to be flexible about where you land in Europe, you could save a bunch. While traveling to the major airports in Europe can make for an expensive inbound flight, airfare is often cheaper when you choose to land at one of Europe’s less crowded terminals. Accordingly, Smarter Travel advises travelers to “consider flying to and from alternate airports—for example, London Gatwick instead of Heathrow—as a potential way to land cheaper fares.”

It may not always be the most convenient option, but it will usually be the most cost effective. And Europe also boasts an extremely convenient rail transit system, so you shouldn’t have too much trouble getting to your ultimate destination once you’ve landed.

Speaking of destinations, Europe is absolutely packed with opportunities for cultural immersion, culinary indulgence, bustling nightlife, and natural splendor. But unless you plan on staying for a year, you simply can’t see it all. And attempting to do so will not only be costly, but it could prevent you from having a truly immersive experience in any one place. Smarter Travel advises that one great way to save money on your trip to Europe is to create a sensible, manageable and geographically strategic plan for what you hope to see and do.

“For example,” says Smarter Travel, “spend a week sightseeing in Florence and taking day trips to nearby towns in Tuscany rather than trying to squeeze Milan, Venice, Florence, and Rome into seven or eight days.” You’ll cut down on costs like travel and lodging, and perhaps more importantly, you’ll trade in a frantic cross-country pace for a more focused and rewarding experience.

Of course, you’ll still want to pack a few major destinations into your trip. This means you’ll be bouncing from one lodging situation to another. If you go the hotel route, this can get pretty pricey. On the other hand, if you’re not a backpacking college student, you might not be too enthusiastic about staying at a hostel.

The good news is that there are actually plenty of options that fall in between these experiences. Budget Traveler suggests looking for a slightly more upscale hostel experience. The travel site advises that vacationers peruse The Grand Hostels Luxury Hostels of the World. This full-length guide to “luxury hostels” highlighting those lodging options that could be characterized as part-hostel, part-hotel. You’ll pay a little more than you would at a hostel for a few amenities—like a private room and bathroom—but you’ll save a ton compared to paying for hotels everywhere you go.

5. Visit the Local Tourism Board

Any time you arrive at a new destination, make sure you swing by the local tourism board or visitor’s center. These friendly establishments are bursting with great tips, maps, highlighted destinations and, of course, discounts on countless quintessentially European experiences. Budget Traveler advises “When first arriving in a new city make sure to stop by the tourism bureau for discounts, free maps and cost-free events.”

Pick up a bunch of brochures for local landmarks and sightseeing opportunities. Many of these brochures will include coupons and discounts that you can only get once you’re actually there. More than likely, your hotel also features a broad selection of these brochures in the lobby. Grab a few at check-in and start to plan your trip around some great discounts.

This is also a great opportunity to scout out a few travel destinations that won’t cost you a think. From sweeping natural phenomena to iconic landmarks to simply wandering the enchanting streets of an ancient city, there’s so much that you can do in Europe completely free of charge. Whether you’re at the visitor’s center or your hotel lobby, ask tons of questions. Your hosts will be happy to point you in the right direction!

6. Look Out for Hidden Charges and Exchange Rates

Planning any overseas vacation means you may have to take into account the exchange rate between the U.S. dollar and the currency at your destination. When it comes to European travel, this matter is further complicated by the fact that a number of currencies may be in use, depending on where you travel in Europe. While 19 European Union member nations use the Euro as their primary currency, the United Kingdom still uses the pound sterling. Additionally, nations like Denmark, Sweden, and Switzerland still retain their own currencies. Russia—which spans portions of both the European and Asian continents—utilizes the Russian ruble.

In other words, the currency map of Europe is rather complex, and exchange rates will apply both from the U.S. dollar to the Euro, and from the Euro to any other currency that you might have to use during your travels. With this in mind, it’s very important that you know the proper exchange rates so that you can protect yourself against inaccurate charges or excessive fees.

Indeed, according to Mind the Travel, you’ll want to take steps to prepare for these exchanges in advance. “Before you leave,” the travel site advises “it is important to have a definitive plan for managing your money in Europe. While the exchange rate on ATM withdrawals is almost always better versus what you would pay to an exchange service in the airport (an average difference of between 3-7%), ATM fees are increasingly expensive.”

In addition to familiarizing yourself with actual exchange rates in the regions where you’ll be traveling, make sure you understand the charges your bank will leverage for use of a foreign ATM or for use of your debit card to make payments in a foreign location. The better you understand these charges, the better you’ll be able to avoid costly transactions or improper exchange charges.

7. Get a No-Foreign-Transaction Fee Debit Card

One great way to avoid excessive exchange charges or hidden fees is to open an account with a debit card that doesn’t charge fees for foreign transactions. Inquire with your bank about any charges you’ll incur for using your debit card to make purchases or cash withdrawals using a foreign ATM. Find out if your financial institution offers any options that include no-fee foreign transactions as a benefit to users. Mind the Travel says that “when it comes to large cash withdrawals outside of the States, getting a no-foreign-transaction-fee debit card might be your best bet.”

If you enjoy the benefits of an excellent travel card, or a general credit card with robust travel rewards, this may be another great way to bypass exchange fees and charges. But it’s important that you fully understand the fees associated with your card. Many credit cards carry their own hefty fees for foreign transactions, which would likely eclipse your savings on exchange fees.

However, Smarter Travel says that if you “Choose the right card…you can avoid these fees. Capital One, for example, is a major credit card company that levies no surcharges on foreign transactions for its U.S. card holders. Check with your credit card companies to figure out which of your cards has the lowest fees for foreign purchases, and then use that one for your overseas purchases.”

Looking for a credit card with excellent travel rewards? Start preparing for your European vacation today by checking out The Best Credit Cards for International Travel.