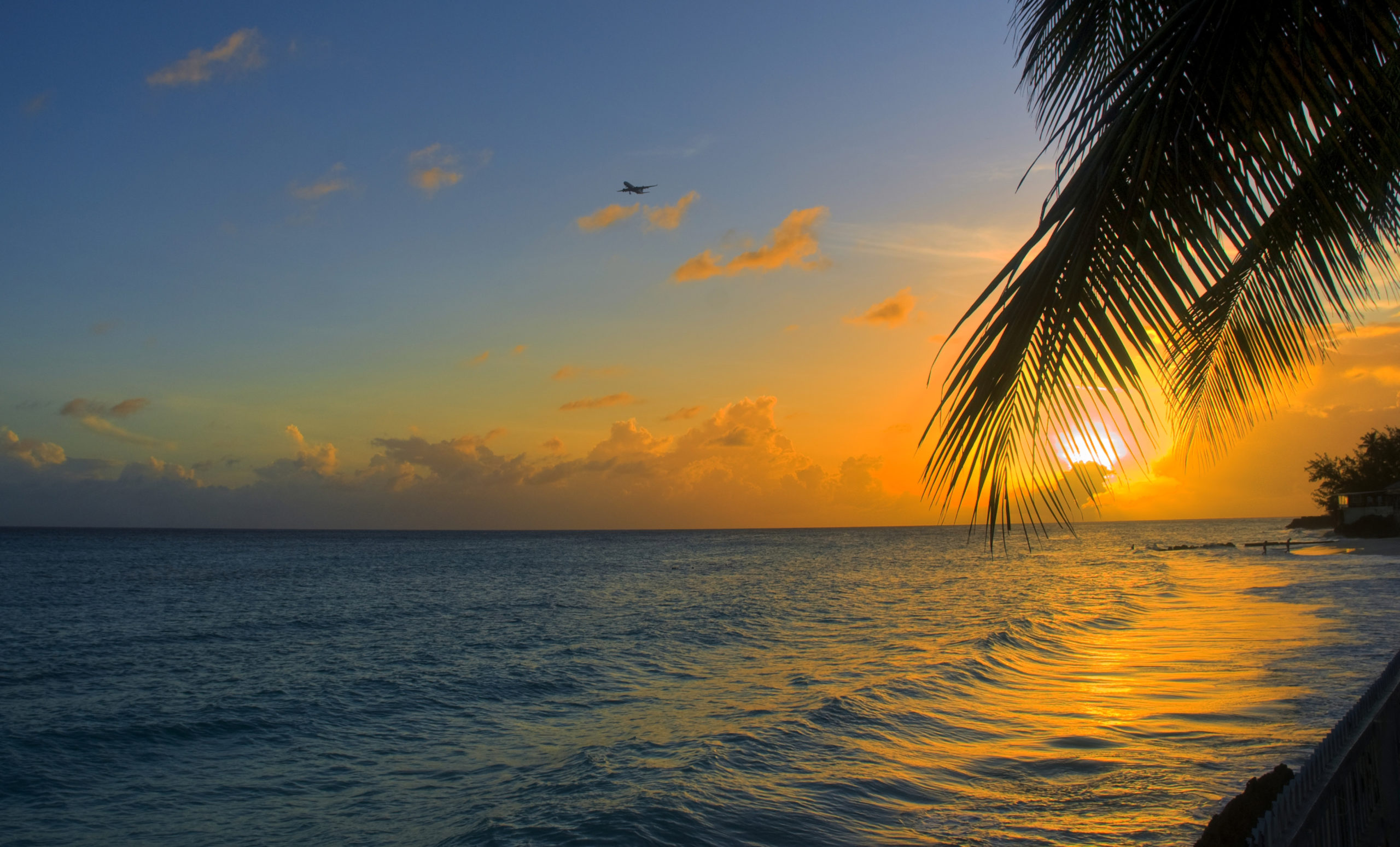 Banking, Investing, Money, Taxes
Bruce GordonJuly 29, 2021
We recommend products based on unbiased research from our editorial team. We may receive compensation if you click on a link. Read More.

Tax havens are jurisdictions around the world where the tax laws are lenient or non-existent. The oldest tax havens in the contemporary world are places like Switzerland, Liechtenstein, and Panama, which have each had this status for about a hundred years.

Let’s get more specific. What are the prime characteristics of the locations that have acquired the reputation of being tax havens? We can distill several features from the list given by the United States Government Accountability Office (GAO) and from the Organization of Economic Cooperation and Development (OECD), which is based in Paris and has thirty developed countries as members.

Here are the features common to tax havens:

Understandably, the most important thing about tax havens is that they have either no taxes or very nominal taxes. Though the details of how things work differ, tax havens are presented to non-residents as places where they can escape the high taxes of their home countries if they relocate their assets and businesses to that jurisdiction. But non-existent or nominal taxes is insufficient by itself as a criterion. Many countries offer tax incentives to non-residents to attract foreign investment, but this doesn’t make them tax havens. There has to be provision for privacy, which leads to the next characteristic.

A tax haven is a place that protects your financial information from foreign tax authorities through legal and administrative machinery that prevents them from gaining access to information about your businesses or accounts. The legal structures and procedures of a tax haven are designed to shelter your financial interests from prying eyes. This generally means that the jurisdiction has not signed information-sharing treaties with different governments, or there are provisions that allow an end-run around the information-sharing agreement. Indeed, some tax havens are becoming much less popular due to having signed such treaties.

Residency is not Required, But…

Normally, a tax haven does not require foreign individuals or businesses to establish a substantial as opposed to a legal local presence. Tax benefits are achievable by setting up the requisite accounts and instruments in the legislative structure of the tax haven without actually being there. In practice, this can lead to thousands of foreign businesses sharing the same local address.

Establishing Physical Residency in a Tax Haven Can Be Beneficial

While residency in a tax haven is not required, seeking it may be necessary in the long run to ensure the efficacy of the tax avoidance strategy. For this reason, many tax havens offer “citizenship through investment” to high net worth individuals as well as various less expensive ways of establishing a long-term residency that can lead to citizenship. By investing in a tax haven in these ways, citizenship and a local passport can be acquired, leaving individuals free to consider establishing businesses under their new nationality, or more drastically, renouncing citizenship in the home country and living abroad to avoid tax liabilities that might otherwise follow them around the world. Of course, renouncing citizenship sometimes requires the payment of an “exit tax” on leaving the home country as the native land extracts its last pound of flesh.

If you are an American citizen, for example, the IRS will follow you all over the world, demanding you pay tax to the US government on everything you earn even though no US resources may have been involved in generating your income. If you decide you’ve had enough of this and want to expatriate, however, the procedure is complicated and you’ll have to pay a substantial exit tax.

The good news is that, for the next few years, there is a way for overtaxed Americans to avoid such a drastic step: establish your primary residence in Puerto Rico. If you move to Puerto Rico, you can keep your American passport and pay no taxes to the IRS. You will have to pay territory taxes in Puerto Rico, but these are much more modest. This possibility came about because, in the wake of declaring bankruptcy in 2017, Puerto Rico introduced legislation designed to attract high net worth individuals and businesses to the island. Act 22 of the Puerto Rican legislature specifies zero percent tax from capital gains on assets acquired after moving to the island. This includes stocks and fund investments and dividends as well as local real estate. It does not include capital gains on real estate still owned on the mainland. Furthermore, Act 20 specifies a 4% corporate tax rate on net business income earned on the island. This includes internet businesses or other businesses providing services to people living outside of Puerto Rico.

To take advantage of these arrangements, you must not have been a resident of Puerto Rico in the last 15 years and you must become a resident by December 31, 2035. This strategy also is really best suited to those netting more than $250,000, because you are required to pay yourself a salary from the business—which is taxed at the ordinary progressive territorial rates that aren’t negligible—before you can then pay 4% on net corporate profits after you’ve paid yourself. If you’re making $100,000 or less from your business, it’s a better strategy to move it outside of any U.S. jurisdiction and pay zero tax using the Foreign Earned Income Exclusion. Panama is one of the best tax havens for this purpose.

Another thing that characterizes tax havens, and without which they would not be able to attract investors, is political, legal, and economic stability. An orderly government with stable and congenial laws and orderly transitions of power, and an economic environment that is pro-business and complemented by a stable currency, is a must. While the local currency must be stable, however, this stability must not be the result of exchange controls in which the local government limits the purchase and sale of currencies. Such limitations are dangerous for outside investors. Efficient laws for incorporation within the tax haven and for companies entering and exiting must also exist if foreign investors and businesses are to find the local prospects attractive. Finally, it is very helpful if the chosen tax haven has a well-developed infrastructure of communication and transportation facilities that expedite the conduct of business.

Complementing a stable political economy with a well-developed communication and transportation infrastructure to make a tax haven attractive are extensive banking, professional, and support services for the transfer of financial assets.

Given the benefits that tax havens provide to high net worth individuals and corporations, it is reasonable to ask what is in it for them. Since tax havens have very low or non-existent personal and corporate income tax, they usually make their money in three basic ways: (1) corporate registration and renewal fees; (2) customs and import duties; and (3) departure taxes. Let’s consider these in order.

First of all, tax havens regularly impose a registration fee on businesses that seek to incorporate in their jurisdiction. Subsequently, these businesses frequently pay a renewal fee every year. These fees are not often huge, but they are substantial enough that when thousands of companies are registered in the jurisdiction, considerable income is generated. For example, a 2011 research paper commissioned by the International Monetary Fund discovered that there were (at the time) over 600,000 offshore companies registered in the British Virgin Islands alone. In 2019, there were over 100,000 offshore companies registered in the Cayman Islands.

Beyond this, and dependent on the type of business in which a company engages, other fees may be imposed. For instance, there are usually licensing fees for banks, mutual fund companies, and other businesses in the financial services sector. Taken cumulatively, all these fee sources generate considerable recurring revenue. Taking the British Virgin Islands as an example again, it’s estimated they collect over $200 million each year in corporate fees.

Secondly, tax havens usually impose customs and import duties on everything that comes into the country. These indirect taxes can make the cost of living in a tax haven quite high because they are applied to the cost of items before being sold locally. High import duties in the Cayman Islands are evident in food prices, among other things. For instance, in 2016, packages of frozen fish sticks in regular supermarkets were selling for about $12.00 (£8.50). This issue and others are chronicled in the BBC documentary, Britain’s Trillion Pound Paradise.

Third and last, tax haven countries, especially in the Caribbean and Indian Oceans, are often popular tourist destinations that welcome hundreds of thousands of visitors each year. All these visitors provide another source of revenue, not just in terms of tourism dollars and the inflated costs paid by tourists for goods and services while there, but also because some of these countries impose a departure tax, that is, a fee levied on persons when they leave the country.

The difference between a tax haven and a tax shelter is straightforward, though both can be helpful to reduce the overall tax burden on an individual or a company. Tax havens are jurisdictions around the world where the tax laws are lenient or non-existent, thus enabling a considerable reduction in tax liability for those able to relocate some or all of their assets to that place from their home country. A tax shelter, on the other hand, is simply a tax-planning strategy, often involving certain kinds of investment accounts, securities, or other kinds of investment that minimize your tax liability within your home country’s taxation system.

Used properly, tax havens and tax shelters are methods of tax avoidance. Tax avoidance is the employment of legal methods to minimize the amount of income tax owed by an individual or business. It can be as simple as claiming all of the deductions to which you are entitled when you file your taxes, or it could mean using certain investment vehicles that have a tax-privileged status, or it can involve more complicated strategies, such as making offshore investments, creating offshore companies, and holding offshore bank accounts in jurisdictions that will reduce your tax liability at home. These latter tax benefits are associated with tax havens and they are not just available to multi-national corporations, they can be used by non-resident companies and individuals too.

For example, if a high net worth individual wants to protect his or her wealth for the sake of family and for charitable purposes rather than having a significant portion of it siphoned off by taxation, one thing that can be done is to set up a shell company in a tax haven. Legal ownership of some portion of the individual’s personal assets is then transferred to this shell company in which the individual retains controlling interest, and profit from financial management of offshore investments accrues to the company, not the individual, thus mitgating tax liability in the home country.

Many countries frown upon this strategy, the United States especially, and threading the needle of legality is something that is best done with professional advice. It’s very important to make sure you’ve done due diligence on the legal parameters of this approach and that you’ve set everything up properly and you’re in compliance with all the relevant laws in your home country. You’ll probably want the services of reputable law firms based in your chosen tax haven and the guidance of tax attorneys at home as well. Keep in mind that your aim is legal tax avoidance, not tax evasion. Tax evasion is not cool. Just ask Wesley Snipes. Tax authorities love snipe hunting.